Charlie Koory is taking a chance in the local food scene with a recipe he picked up in a French farmhouse more than a decade ago. 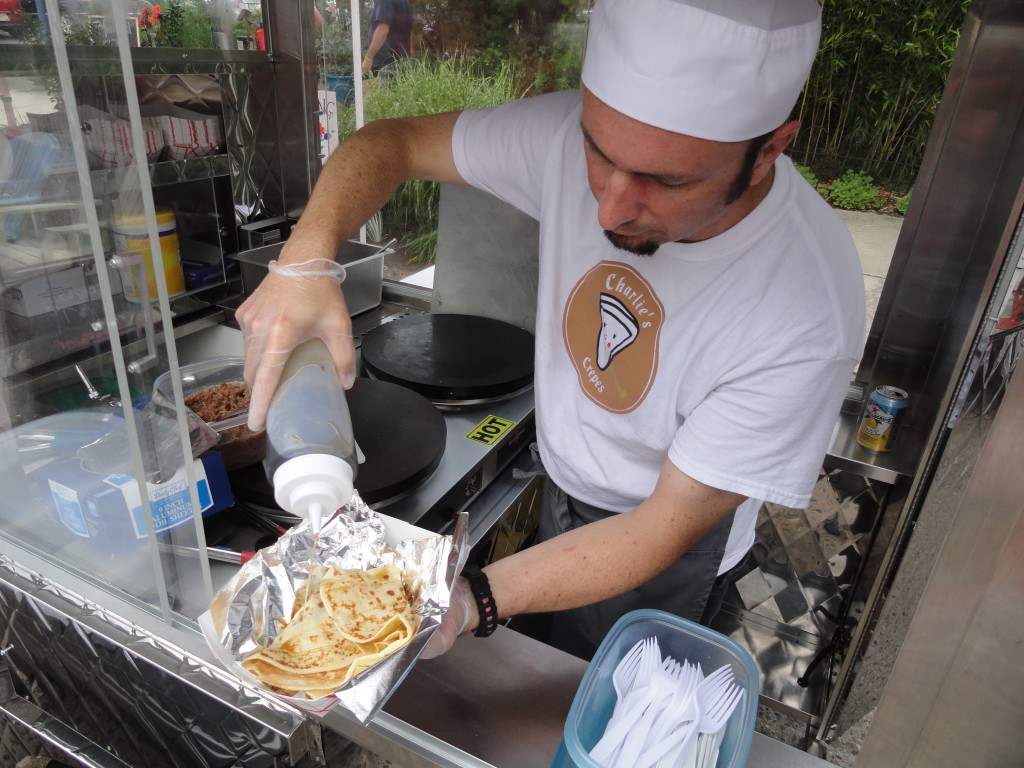 Charlie Koory has worked in the food business since he was a 16-year-old dishwasher in a Knoxville kitchen.

From country clubs to four-diamond restaurants, the Collingswood resident paid for college by bussing tables, taking orders, or working the line.

After earning his degree, those passions were relegated mostly to the home kitchen or backyard smoker. Koory’s creative impulses never dulled, but he contented himself with showing them off in smaller ways.

When he whipped up a batch of gourmet crepes for his guests and their kids on Super Bowl Sunday, however, their response was so enthusiastic that it set Koory to thinking.

He’d often toyed with the idea of owning a food cart. Maybe he would serve crepes. 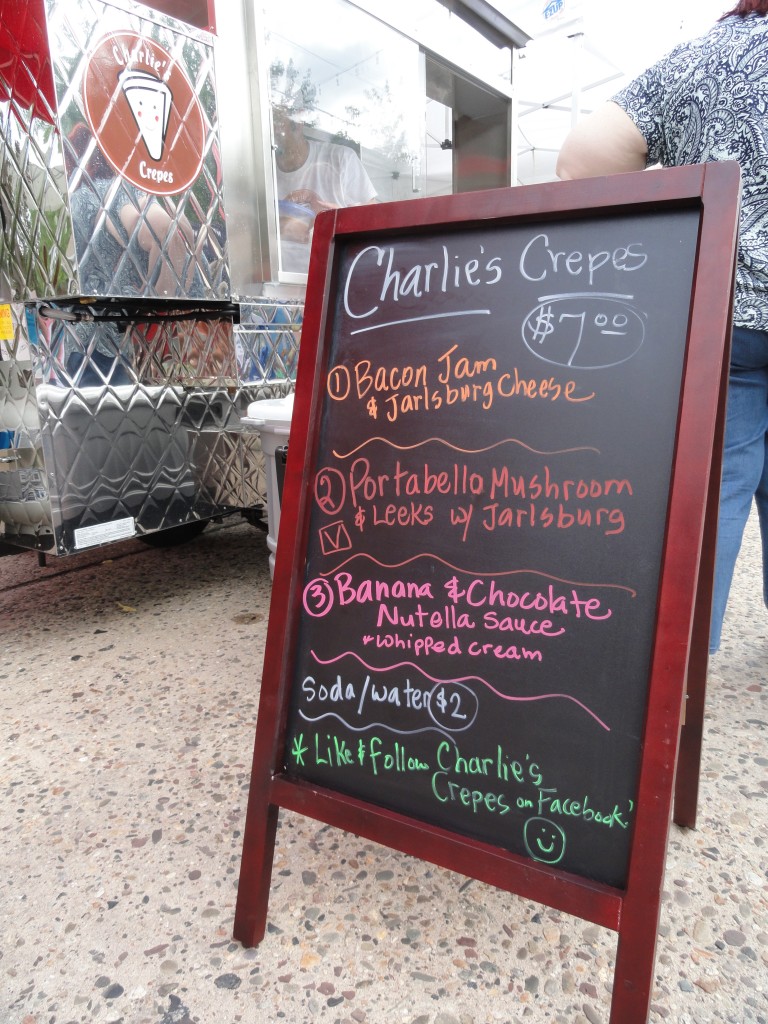 ‘Crepes are just a platform to put delicious things inside’

Koory got a taste for crepes on his European honeymoon in 2003, when he first encountered “the wonderful crepe carts of Paris,” he said.

The lightweight pastries became the topic of conversation while he and wife, Lisa, were staying with a Belgian family in a farmhouse near Nice. Charlie Koory was lamenting that he had no way to bring his favorite continental dish home with him.

“We were talking about crepes, and how great they were and how cheap they were, but I didn’t have a recipe,” he said.

“The grandmother stepped up and wrote down a recipe for me: eggs, water, flour; cup sizes and portions. Over the years, I’ve modified it.”

Versatile, fresh, and quick to prepare, crepes “are just a platform to put delicious things inside,” Charlie Koory said.

“A crepe can be anything you want,” he said. “Your imagination is the only thing that limits it.”

Charlie Koory keeps things interesting by pushing the envelope with his ingredients. His signature nutella sauce isn’t just plopped out of a jar; it’s thinned with heavy cream, and torqued up with extra-dark chocolate, cinnamon, and lemon zest. The meat in his bacon jam comes from Haines Pork Shop in Mickleton, where it’s smoked onsite in an old barn; the portabella mushrooms are from Verchio’s produce in Gloucester City.

“I try and shop locally when I can,” he said. “We think about all of our food choices. I want to give the best product to the customer.” 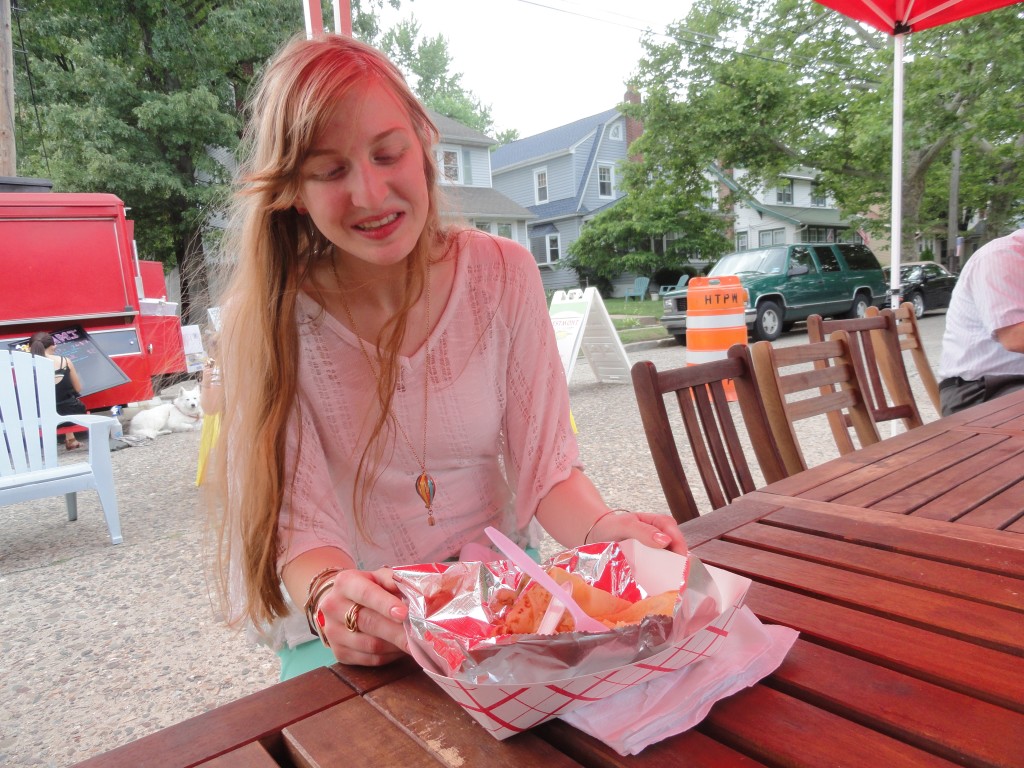 Gentile helped Charlie Koory source and outfit his cart; walked him through the insurance and health department requirements for the business, and rents out his kitchen at Local Links in Haddon Heights for commissary hours.

Although he maintains that food carts are more difficult to operate successfully than brick-and-mortar shops, Gentile said that the up-front investment in a mobile business is “a great number to look at and be able to finance yourself.” With weekly local opportunities at markets and festivals, the threshold for launching a prepared food concept is much more attainable than it may have been even five years ago, he said.

“These are great training wheels to get him at some larger events,” Gentile said. “[Koory]’s got to get into the venue, and then he’s got to crank it out at a high volume.”

For now, Charlie Koory is taking crepes to farmers markets in Westmont, Haddonfield, and Haddon Heights. He’s hoping to add a few events this summer to see how he handles the pace, and he’s also open to onsite catering opportunities.

“We’re really excited,” Lisa Koory said. “It’s nice to see something that we kind of thought was only a dream taking hold. I think for this year, our hopes are to provide a good product, get our name out there, [and]really become embraced by the community that we love.”

Charlie Koory cultivates the delight in customers’ reactions to his food as passionately as he selects his ingredients. Working outdoors in a festival environment doesn’t hurt, either.

“When kids come up, it’s the best thing ever,” he said. “At Haddonfield, a kid came up speaking French. It was a little broken, but we were having a bit of a conversation. He was so cute in ordering his crepe. His eyes lit up, and he loved it.

“I’m doing this because I love the reaction,” Charlie Koory said. “I love being out here. It’s the best job in the world.”