Sabrina’s Cafe owner Robert De Abreu is hoping to shine a light on a quartet of rowers from his native Antigua as they compete in an open-ocean rowboat race to raise money for hurricane restoration. 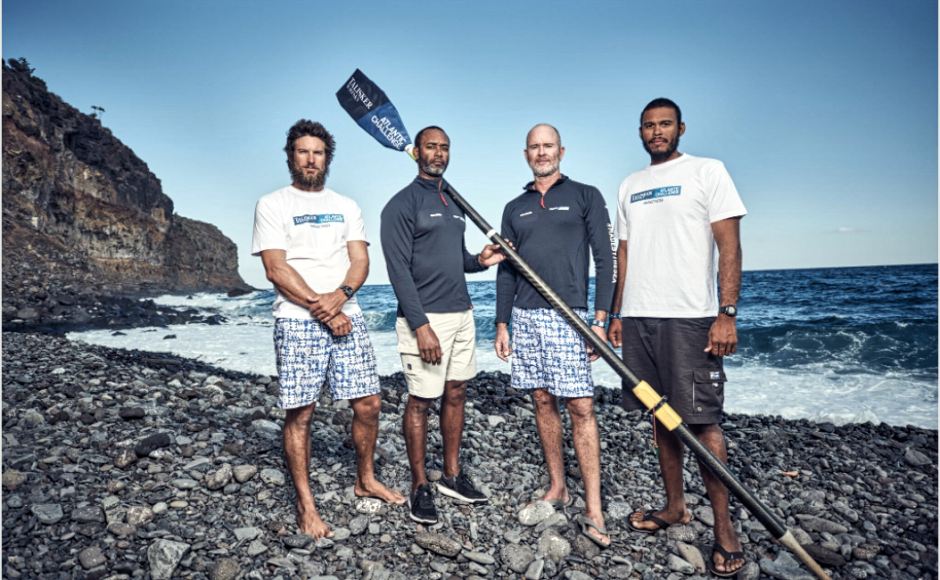 There’s 3,000 miles of open ocean between the Canary Islands in West Africa and the Caribbean islands of Antigua and Barbuda.

Over the next month-and-a-half, 75 people will attempt to cross it in rowboats.

The epic feat is an international charity event founded in 1997 as the Atlantic Rowing Race, and rebranded in recent years as the Talisker Whisky Atlantic Challenge.

Rowers from across the globe compete in teams of one, two, or four, and although the race concludes in Antigua and Barbuda, no team from the tiny nation has ever won.

This year, Cherry Hill resident and Antigua native Robert De Abreu is hoping to give his countrymen a little extra push. De Abreu, who owns the Sabrina’s Café restaurants in Collingswood, Philadelphia, and Wynnewood, said he first caught wind of the race last year and wanted to help.

Antigua is small enough that you could fit its entire population within the Meadowlands sports complex. As if proof of its closeness, Team Antigua—Eli Fuller, Nico Psihoyos, Scott Potter, and John Watt—includes some of De Abreu’s schoolmates. In 2015 Eli Fuller’s father, Nicholas, was part of Antigua Atlantic Rowers, the oldest team to compete in the race.

The Talisker Whisky Challenge sends rowing teams 3,000 miles west across the North Atlantic from the Canary Islands in West Africa to Antigua and Barbuda in the Caribbean. Map data Copyright (C) 2017 Google, INEGI.

The nation also comprises Barbuda, Antigua’s 62-mile-long sister island, which Hurricane Irma emptied of people for the first time in 300 years, according to Public Radio International. In the wake of that disaster and others like it, Team Antigua is rowing “for the sea,” De Abreu said. Its members want to cooperate with charities that will perform barrier reef restoration and promote marine ecology to safeguard the islands’ shared future.

“Antigua has 365 beaches; they’re trying to protect what they have,” he said.

Team Antigua has raised $677,000, but the cost associated with funding a team exceed half a million dollars. It’s a lot of money on an island where the biggest source of revenue is tourism and everybody hustles to make ends meet, De Abreu said.

“These are local guys who raise this money,” he said. “That helps to buy the boat, feed the guys, train the guys, fly them there, fly the boat there. It’s a big endeavor.”

De Abreu’s contribution to the cause was to help purchase a satellite Internet terminal through which Team Antigua can broadcast updates about their journey. He’ll be following along as the group makes its trek, and encourages audiences to check in on them through the race website.

“It’s a physical feat, a mental feat; something to be proud of,” De Abreu said. “For these guys, a challenge.”