Trending
You are at:Home»Police & Fire»Gibbstown Man Charged in Robbery of Pennsauken Little Caesar’s

Vito Mannino, 31, faces multiple charges in connection with the incident, which was captured on video by an employee. 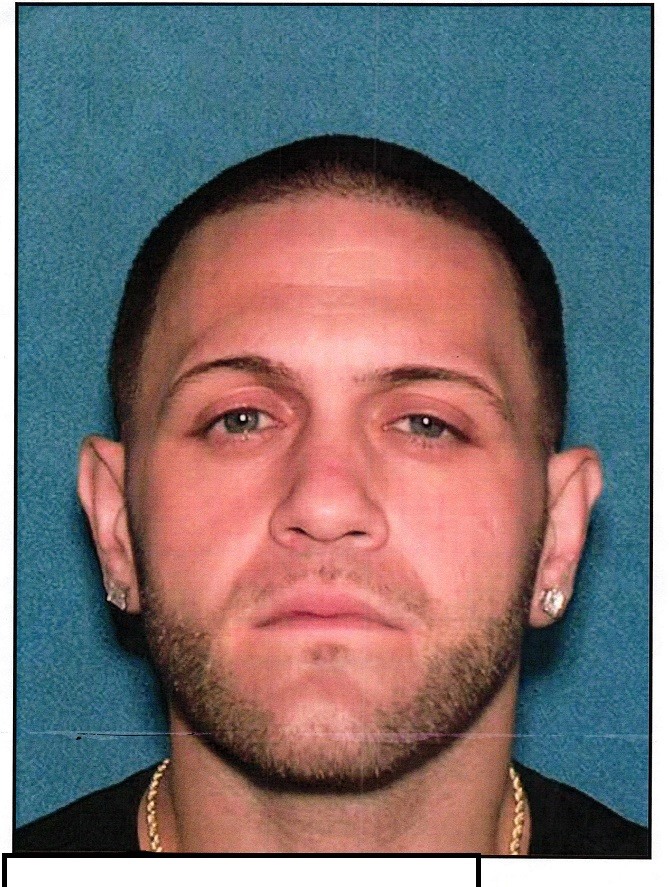 Vito Mannino, 31, of Gibbstown, was charged in the robbery of a Little Caesar’s in Pennsauken. Credit: Pennsauken PD.

Pennsauken police have charged a Gibbstown man in connection with a decidedly low-tech robbery of a Little Caesar’s pizzeria in the township.

On September 25, the pizzeria in the 5000 block of Route 130 in Pennsauken was robbed by a man with a tire iron.

Footage captured of the incident shows a man in a black t-shirt, white head covering, and sunglasses struggling to pry open the cash register with a tire iron.

Two cashiers narrate the incident to police in real-time, while the man forces the register open, leaves, and then returns to wipe it off with his t-shirt.

“That’s all you gettin’, bro?” one of the employees is heard saying. “Sixty dollars, bro?”

In the meantime, another customer enters the restaurant and observes the incident dispassionately while the employees tell him the store is closed.