Trending
You are at:Home»People»Haddon Twp. Man to Depart on World Walk

25-year-old Tom Turcich will leave April 2 on a five-year expedition to cross the globe on foot. 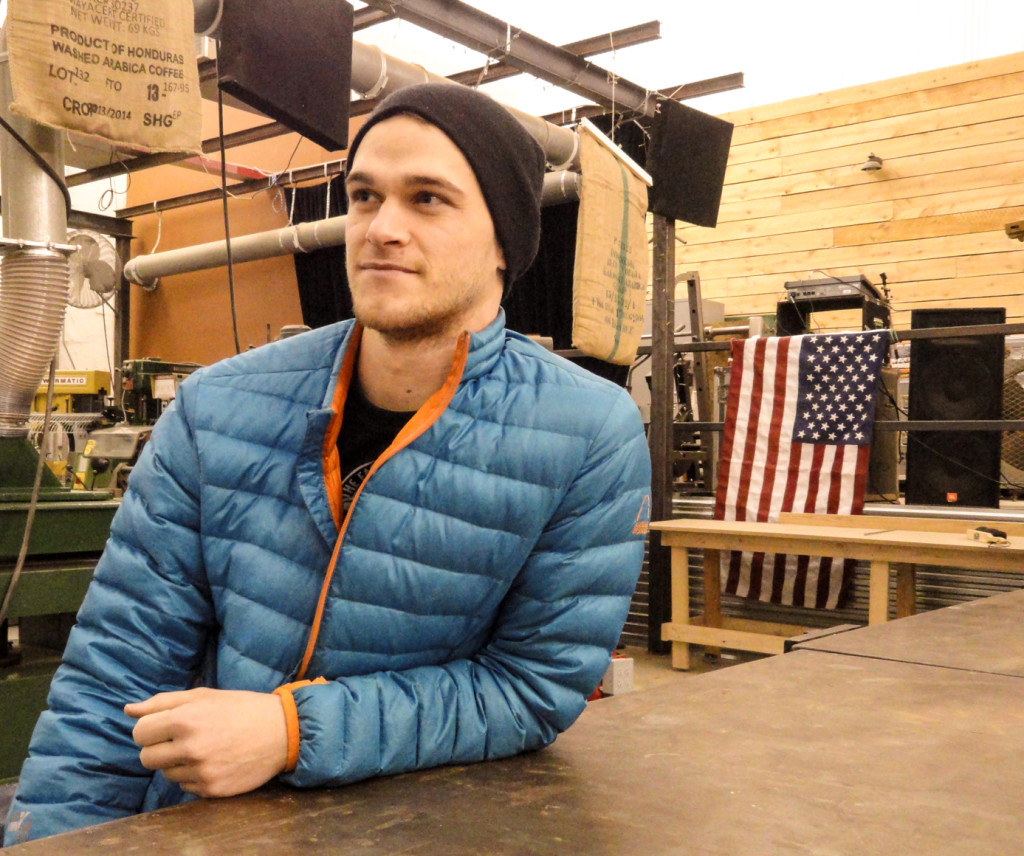 It was a local tragedy in the summer before his senior year of high school—the death of his friend Anne Marie Lynch in a jet ski accident—that drove the lesson home, Turcich said: “This is real. You’ve got to pay attention.

“It took me a couple months to get back into it,” he said; but afterwards, “I was more awake.”

Turcich started drinking his days in gulps. He joined the swim team and the cast of the school musical; “did everything I can.”

He became infatuated with the idea of world travel, and the simplest way to make the trip seemed to be by walking.

“I thought, ‘I’m going to do it right out of high school,’” he said. “My parents said, ‘Not a chance in hell; you’ve gotta go to college.”

So, on April 2, the eve of his 26th birthday, Turcich will set out from his home on Hampton Avenue on The World Walk, a quest to traverse the globe on foot. 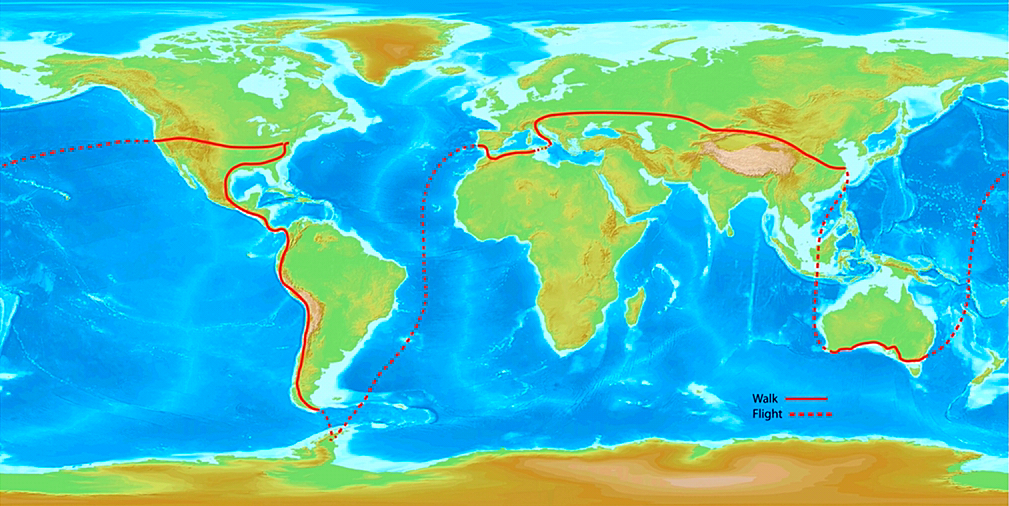 Walking around the world

He isn’t the first to attempt it.

In the mid-1980’s, Ohioan Steven Newman completed the trek in four years.

More recently, ex-British paratrooper Karl Bushby was stymied at the Bering Strait in his efforts to complete the Goliath Expedition, an attempt to walk an unbroken path across the world.

Turcich’s quest is less ambitious, if such a thing can be said, because he will cross oceans by airplane. But he estimates that his planned route—down the east coast, through Central and South America and to Antarctica before coming back up from Western Europe and North Africa, across Asia and then down to Australia—will take some five years or more to complete.

To feel the Earth, to feel its size; you see the world is this massive place. I think I’ll get a feel for how the world really is.  –Tom Turcich

Turcich has been saving since the summer after his high school graduation for the trip. He’s worked 12-to-14-hour days installing solar panels at job sites from Delaware to Massachusetts. When that dried up, he landed hours in a local insurance agency and began waiting tables at Inde Blue in Collingswood, “just grinding” and socking money away.

Turcich won’t be taking much with him on the journey—food, supplies, and camping gear he’ll haul in an aluminum push cart—but he will be carrying his student loans and phone bills on the trip. He estimates his savings will last some two-and-a-half years, but he hasn’t planned for much beyond that. 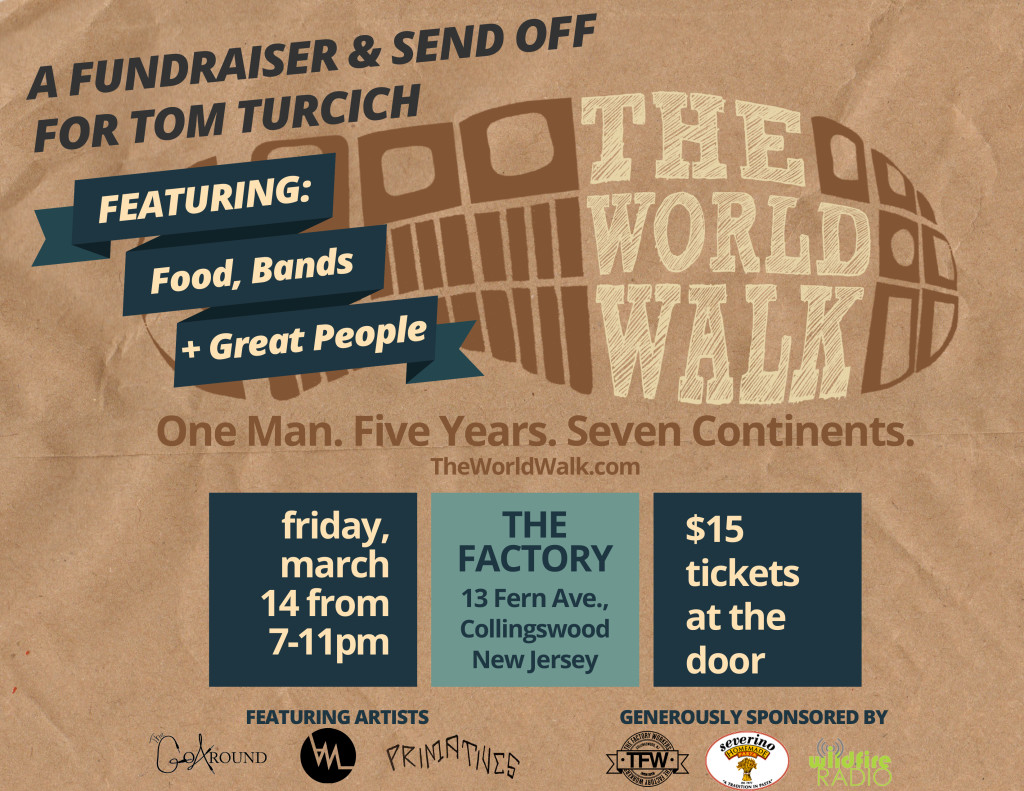 In order to help, Haddon Township native Tom Marchetty, who is fabricating Turcich’s cart at his Collingswood makerspace, The Factory, is throwing a fundraiser March 14 to kick off the journey, which Turcich calls The World Walk.

“I asked him, ‘Do you have any sponsors?’” Marchetty said. “I said, ‘I’ll be your first sponsor.’ I’ll buy the materials, I’ll make the cart for you.

“I got teary-eyed a little bit because, to be able to do something like that, just get up and go, and take off for five years, without the responsibilities of being a dad and a husband and having a business… my fondest moments are being out on my own, camping out, and living a simpler life.”

Marchetty said the World Walk is “going to make a lot of South Jersey people proud.

Angelica Diodato, Social Media Coordinator for Severino Pasta, which is catering the event, agreed with Marchetty that the fundraiser is an opportunity to support a neighbor who is both “a great customer and a family friend.

“Hearing his plans and seeing his map, we were fascinated,” she said. 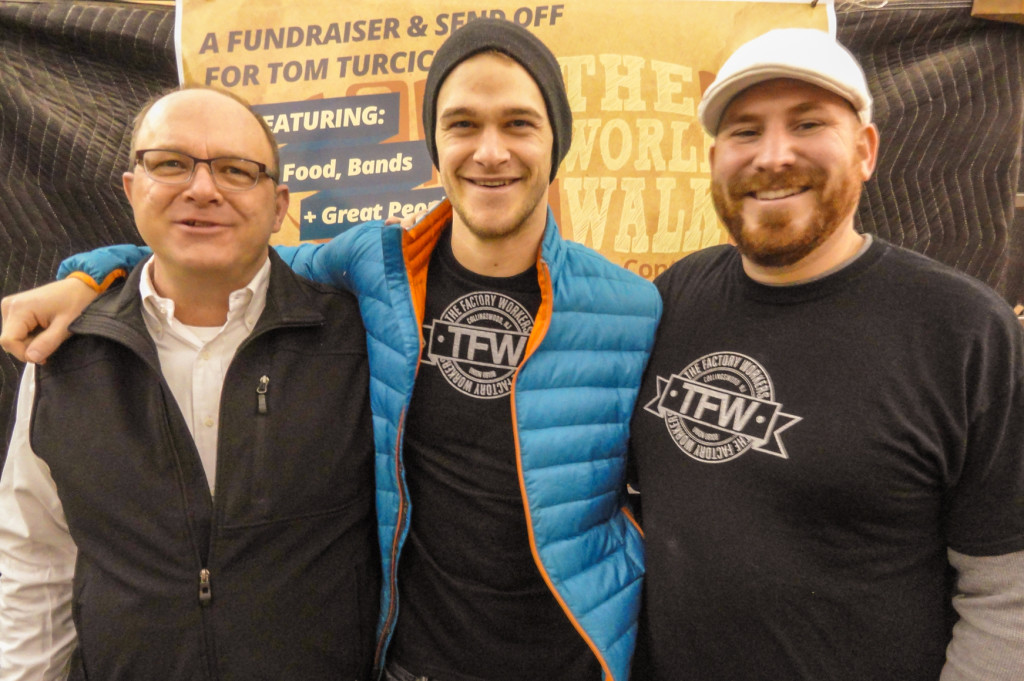 In addition to the local help, Turcich got some advice from Bushby himself.

The Englishman emphasized the importance of social media in maintaining public interest in the journey and keeping in contact with supporters along the way.

Turcich will keep a daily journal with geotagged photos and videos, and send them back to the studios at Wildfire Radio in Collingswood, where engineers will be maintaining his website and compiling footage.

“It’s going to be really, very tough, and very lonesome at times, and I like that,” Turcich said.

“I like that I’m going to have to push myself. You say you’re doing this; you’re going to do it now. That’s the challenge. That’s part of the adventure.

“You go at home and watch TV every day; that’s comfortable,” he said; “you kind of become soft. I don’t want that laid-back, easy, fall-asleep lifestyle. To feel the Earth, to feel its size; you see the world is this massive place. I think I’ll get a feel for how the world really is.”

If there’s a through-line to these impulses, it’s that Turcich comes by this wanderlust honestly. His father, Tom S. Turcich, who hitchhiked across the country “multiple times” in his youth, said he’s unconcerned for his son’s safety on the journey.

“I did the same thing to my mom,” Tom S. said; “I disappeared for years. Things you’ve gotta do.

“I think he’ll have a great experience,” he said. “We have a lot of cousins around the world. He’ll meet a lot of people. That’s the thing. I’m excited for him.