The familiar neighborhood watering hole is working to branch out beyond its well-known deck bar to connect with patrons over a refreshed menu, beer list, and updated interior. 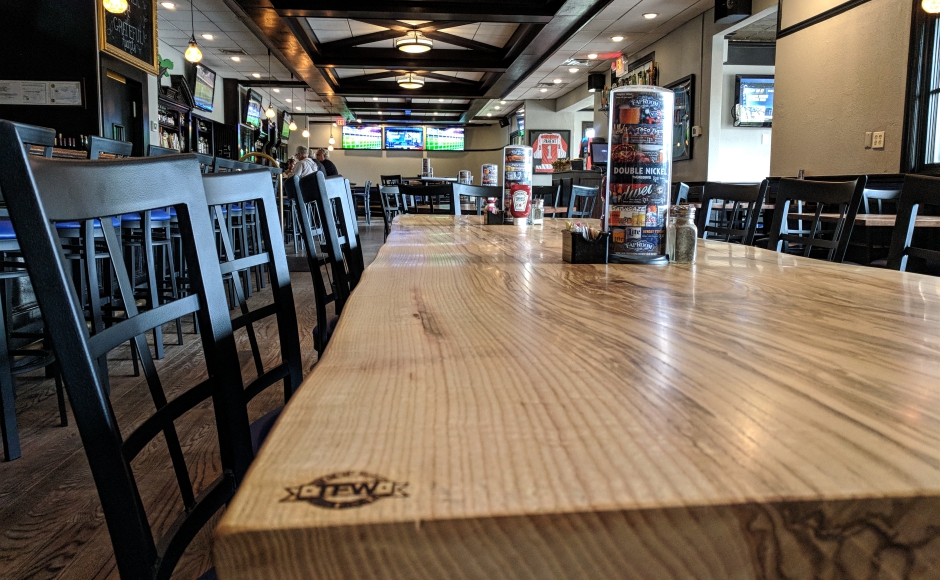 Most of Haddon Township’s best-known watering holes wind down along Haddon Avenue, stretching to the limits of its borders with dry Collingswood and Haddonfield.

But for locals in the Haddon Hills and Haddonleigh sections of town, their neighborhood bar is found on Crystal Lake Avenue.

The former site of Green Valley Farms has been known by many names throughout the years, but its most recent reboot came in the past decade as The Taproom & Grill.

On November 9, the locally owned establishment celebrates 10 years of its latest incarnation with a “Ten Years of Tap” party, a new-look interior, and rebooted menu.

The turnover is helmed by general manager Chris Grant and head chef Tyler Stevens, alums of the PJW restaurant group. They want guests to enjoy the new-look Taproom as much for its expanded offerings as for its popular outdoor deck and live music.

“We want to bring the Taproom up to speed in the township,” Grant said. “We’re more than a place to go and have a party and some drinks. We’re focusing on being a full-service bar.”

Central to that update are several local partnerships with breweries, food vendors, and craftsmen.

To start, Tom Marchetty of The Factory in Collingswood replaced its barroom booths and tables with black walnut tops and live-edge ash community tables. 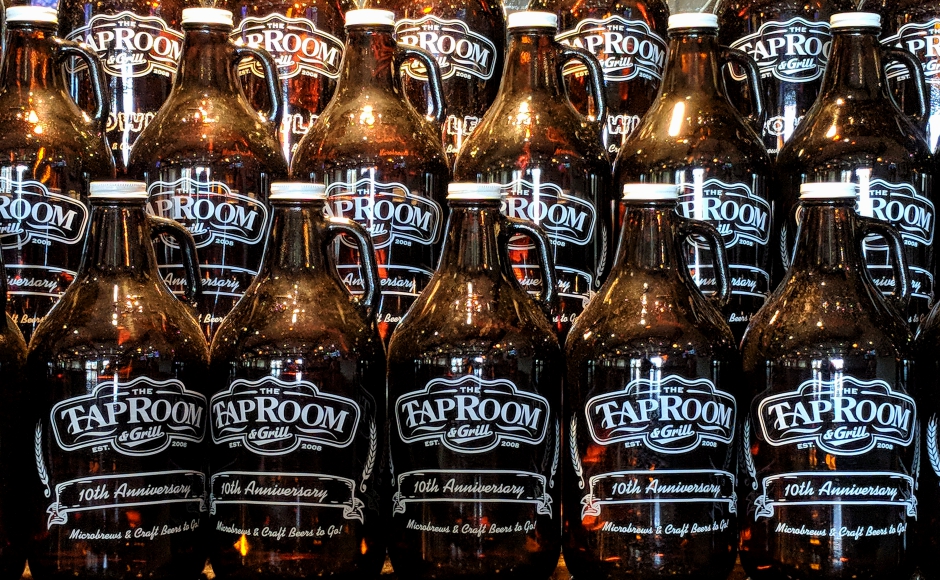 In addition to a Thanksgiving-themed menu, the “Ten Years of Tap” party also debuts the Friends Giving charity beer collaboration produced by nearby Double Nickel, Tonewood, Cape May, and Urban Village breweries.

“This is just the start of continual change,” Grant said. “We want to be known as a unique option. We’re different from a chain.”

“We want our food to be something people talk about,” Stevens said.

The chef has redesigned the Taproom menu around its outdoor smoker, through which Stevens will extract applewood and mesquite barbecue flavors for its brisket, pulled pork, and chicken wing dishes. 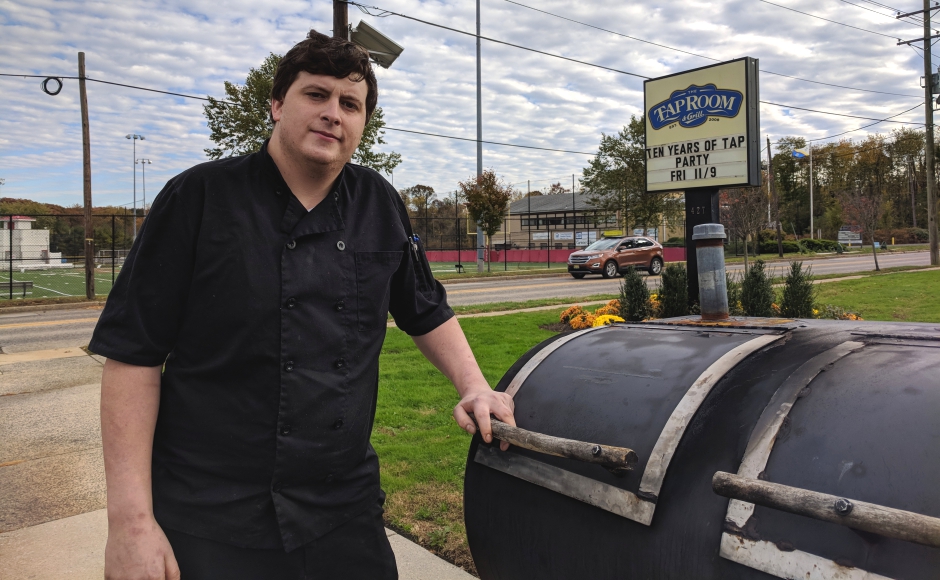 For vegetarians, there’s the wholly plant-based Beyond Burgers, zucchini fries, and a smoked veggie wrap.

Familiar staples, like the Tarantini panzarotti, flatbread pizzas, and smokehouse wings have stuck on as well.

“I love to cook, and I want to make people happy with my food,” he said. “I want people to come in and eat something fresh that you can’t get anywhere else. I’ve had the freedom to do what I want [here].”

Grant and Stevens said The Taproom will continue to focus on its beer-savvy audience—a new growler fill station will send guests home with craft beer selections—but they’d like to revive its dine-in business as well.

“I would like to bring back the dinner crowd and the lunch crowd, and show people we’re not just a drinking bar,” Stevens said.