Authorities say Selena Sierra went missing from the 2800 block of Carman Street nine days ago. They believe she is at risk. 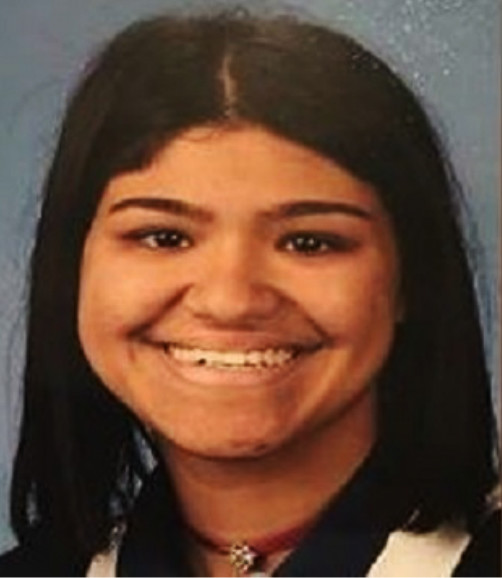 Authorities say Selena Sierra was reported missing from East Camden Nov. 18 and that she may be in danger. Credit: CCPO.

Police are looking for a missing Camden teenager whom they believe is “endangered,” according to the Camden County Prosecutor’s Office (CCPO).

Selena Sierra, 18, was last seen nine days ago in the 2800 block of Carman Street.

She was last seen wearing gray pants, a gray jacket, and carrying a pink duffel bag.

“She is known to frequent Cramer Hill and East Camden,” CCPO said in a statement.

“Detectives believe she is endangered.”