Collingswood designer Betsy Cook was on the verge of shuttering her independent clothing line when a shift in focus and a fruitful new partnership revived it. 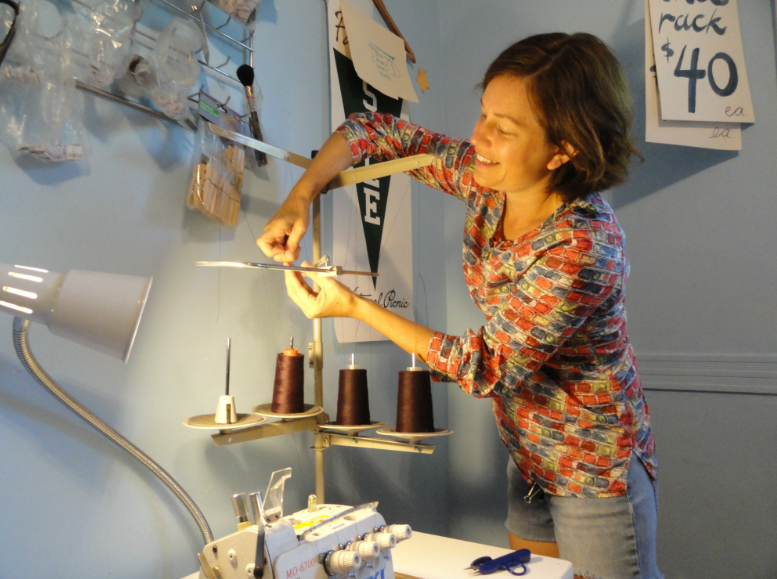 Somewhere around the fourth year of operating National Picnic, the independent clothing brand she founded in her Collingswood home, designer Betsy Cook took a look at the numbers, swallowed hard, and started steeling herself to shut the whole thing down.

“I had a timeline that was based on statistics that I read—based on fashion-industry expectations for mass production—that I should be crushing it by the end of my fourth year,” Cook said.

“I started out with a plan,” she said. “A gets me B, B gets me C. You write your business plan [and]everything’s so certain. ‘That’s what’s going to happen, and then I’ll be in business.’

“I think what happens to almost every independent designer is you quickly find out people don’t line up at your door to order things.”

Cook described the “rude awakening” that befell her when she discovered that her financial projections were all based on a business model that was wrong for her business. Chasing the fashion industry only proved how much bigger it was than her brand, Cook said.

The thing that saved her was staying in touch with her customers. Cook started banking on smaller production runs instead of trade show appearances, found a sales representative who shared her “small producer vibe,” and diversified her approach. 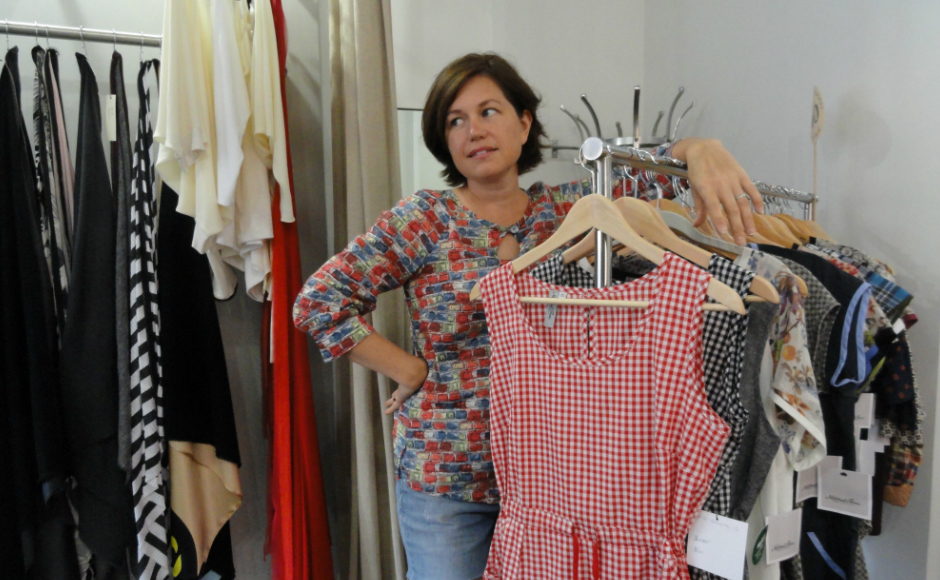 “Whenever I try to follow what the trend reports say I should be designing for, I find myself competing with a massive fashion industry monster that I can’t possibly run with,” Cook said.

“There’s customers out there who are looking for the exact opposite of what is being pushed at them. There’s not as many of them, but there’s enough for me to make a living.

About a year ago, Cook met designer Lele Tran at the SoHa Arts Building holiday bazaar. Tran, a Cherry Hill resident, had opened her own boutique, US*U.S., as a co-op in the 300 block of Arch Street in Philadelphia. She knew first-hand the perils of being an independent designer struggling for brand recognition, and invited Cook to join her in a space where they could both continue to work affordably. Together, they are rebranding US*U.S. as 323 Arch Street Fashion Collective. 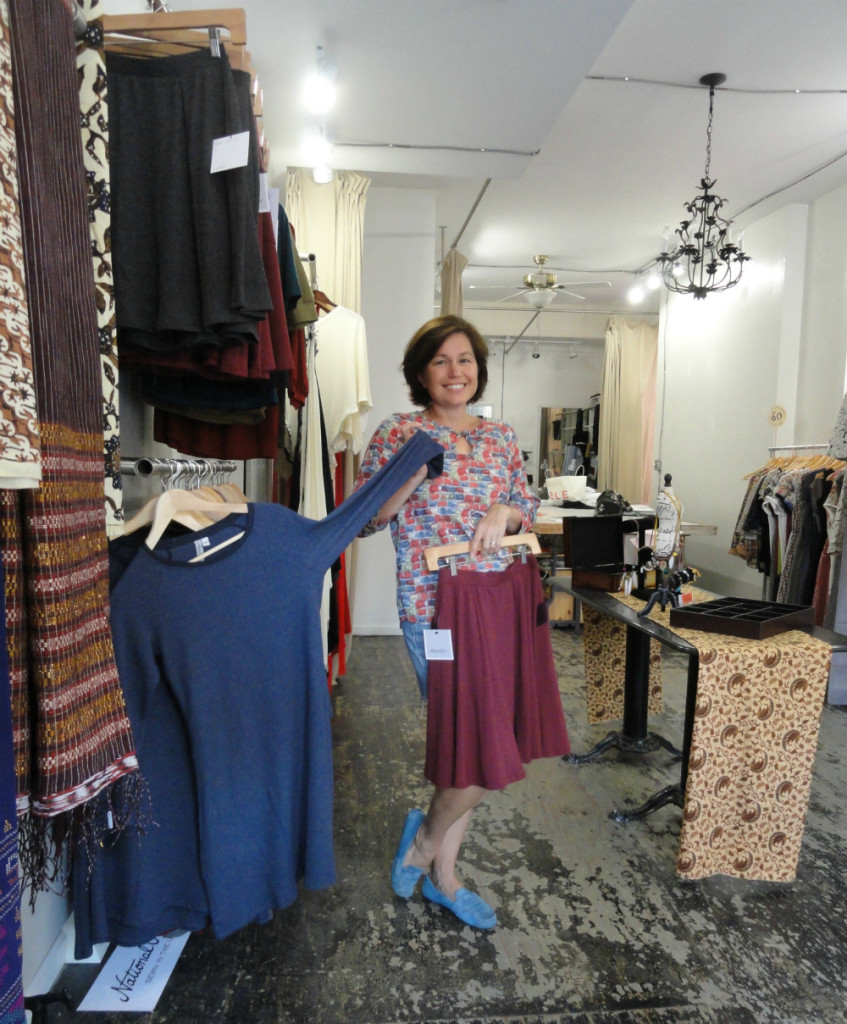 “Betsy is a lot more business-oriented than I am,” Tran said. “I feel like we can feed off information and knowledge from one another and work as a team.”

Fashion is an industry that requires significant up-front capital to produce an inventory, and that’s before factoring rent and marketing into the mix.

Maintaining and operating a storefront adds to those costs and takes a designer away from the job of creating clothes, but without a shop, customer exposure and the possibility for walk-up traffic—the two things every young designer needs—are harder to come by .

“I know it’s very difficult for any designer to operate a retail location and also work,” Tran said.

“In the past, you’d have an atelier and a very small team working to cut and sew. When you give it to manufacturers, sometimes things don’t always come out 100 percent the way you wanted, and that’s really stressful and it costs a lot of money.”

Tran, whose own line of accessories is centered on a (patent-pending) zipper scarf, said the National Picnic line provides a strong complement to her products.

“I’m really happy with Betsy’s aesthetic because she really put a lot of thought into it,” Tran said. “She kept it simple, but it fits a wide range of ages and body types, so that’s really smart.”

Retailer Linda Walsh, who owns the boutique Clementines in Seattle, has been carrying National Picnic for about three years. Walsh said shops like hers rely on small, independent designers to attract customers, and Cook’s clothing line has been a hit with her clientele.

“I like to work with smaller companies,” Walsh said. “I’m a small company. This work is hard, running these small businesses, and one of the perks is believing in the people you represent.

“You’re able to walk in Betsy’s clothing, and walking is important,” she said. “They’re comfortable but they’re not shapeless.”

By the new year, Cook and Tran want to have “visible production” in the 323 Arch Street Collaborative space, with customers able to see garments in process on the boutique floor while they shop, Cook said.

“What I like about [323 Arch] is I get to be creative again, and make very tiny amounts of stuff that I enjoy making, and have more than one way to see who’s out there that’s going to like it,” she said.

Other local designers will be brought into the mix on consignment to broaden the product offerings, Cook said, but even with a pair of jewelry-makers in the pipeline, “it can’t happen fast enough,” she said.