Tom Marchetty’s makerspace and haven for small-business startups gets a second location in September, growing with the legacy of a local inventor behind it. 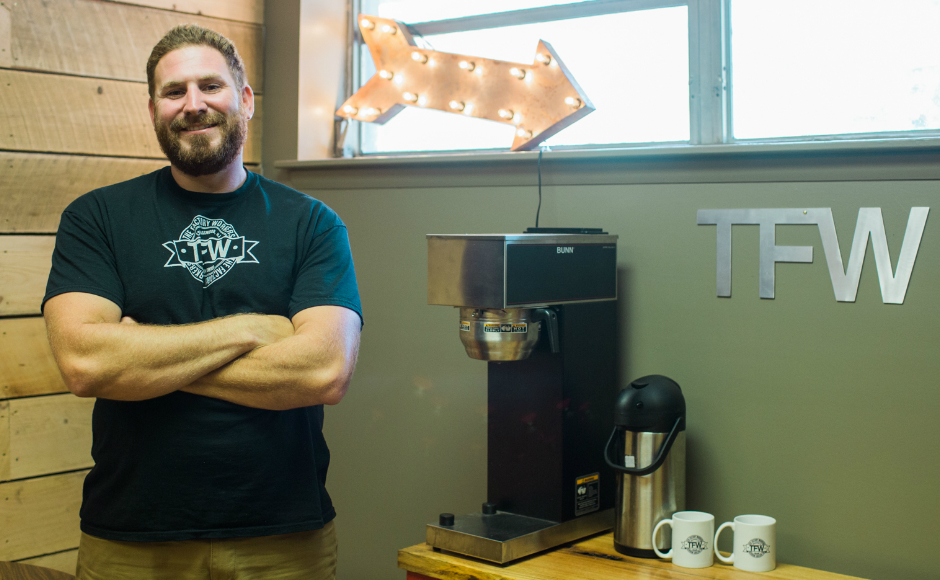 When Tom Marchetty launched The Factory in 2012, he envisioned it as a functional community workshop built around the industrial-grade tools he’d collected through years of working in the machinery business.

But the site on which he’d established it, the historic Collingswood Theater, “had all this extra space,” Marchetty recalls.

To make it financially feasible, he decided to subdivide the building into rental studios for small business start-ups. Marchetty priced the studios attractively enough so that he could fill them quickly, and in short order, his initial concept was turned on its head.

“It turned into a business about helping other businesses,” Marchettty said. “I was focusing on the makerspace, but in reality, it was the studios that was keeping me alive.”

In the process, Marchetty also discovered he had an affinity for the incubation mindset. Watching tenants like Revolution Coffee Roasters, Gridless Power, and Constellation Collective grow their brands under his roof energized him with a sense of solidarity.

“My mom and dad started a business the year I was born,” Marchetty said. “There was a lot of hard times, a lot of rough times, but it’s a 24-hour job. The people who rent studios at The Factory all have the same vision. 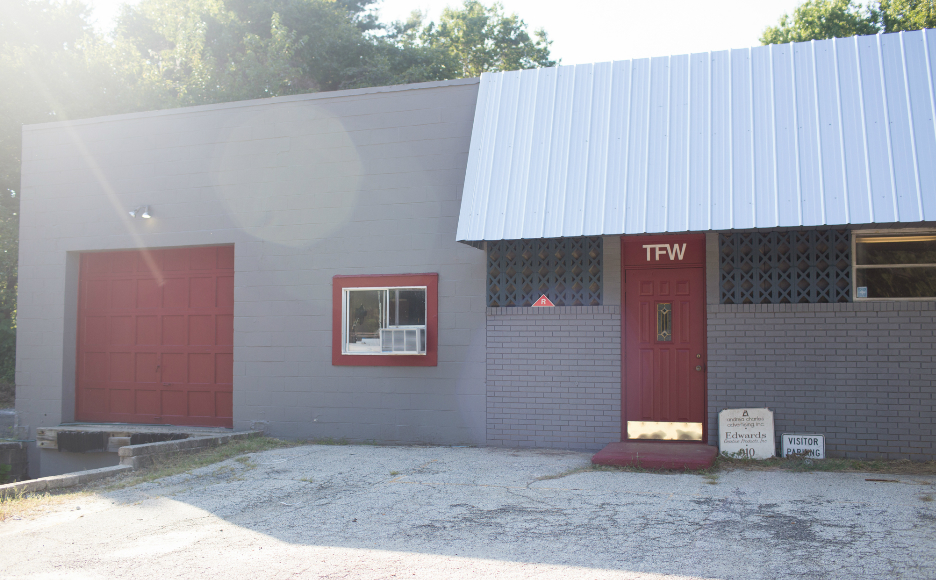 Andrea Malamut also grew up in a small business household.

Her father, Edward L. Cohen, was an inventor whose fertile mind produced household gadgets like the Famous Body Slimmer and Rear Viewer, drawing the notice of late-night hosts like Johnny Carson and Craig Ferguson.

But after Charles Cohen, her brother and business partner, died in 2014, Malamut decided to reduce her footprint at the building. She approached Marchetty to see if he would be interested in taking it on.

“When I was looking for the next chapter for the business, what Tom had done in Collingswood really resonated with me,” Malamut said. “It just feels right, it just feels good.

“My father was a manufacturer; he was a maker, an entrepreneur,” she said. “I know he would just love what Tom is doing with that space, and it’s really in keeping with what’s always been done in that space, which is create.”

The timing was right for Marchetty, too: in Collingswood, The Factory had hit full occupancy, and he’d even had to turn away prospective tenants for whom its studio spaces were too small. Opening up a second location resolved both issues in short order. 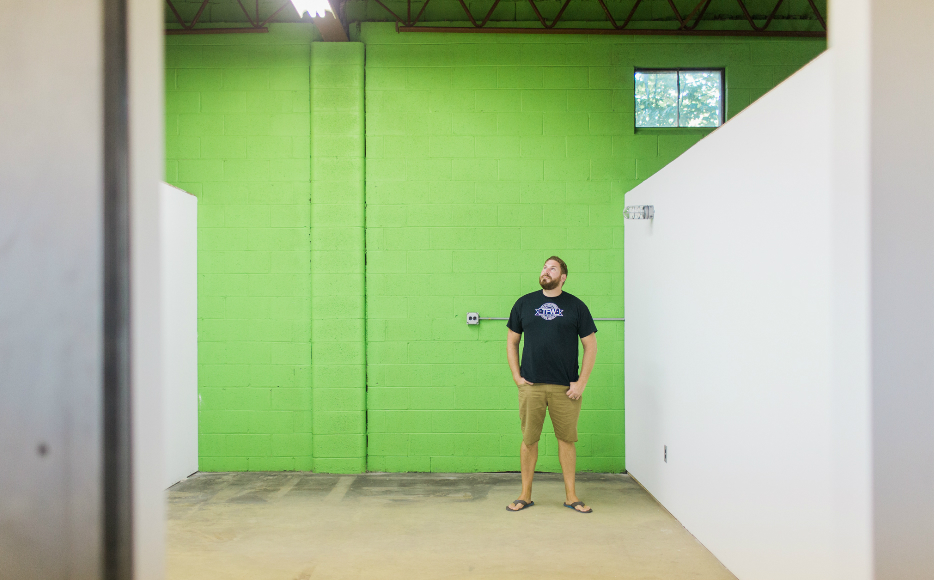 ‘A start-up for start-ups’

At The Factory – Cherry Hill, Marchetty now has an additional 15 units to lease. Averaging 14 feet by 24 feet, they include utilities and Wi-Fi, as well as access to a conference room, onsite parking, a shipping center, and loading dock.

Some units offer natural light and open ceilings; others are enclosed fully for businesses that require lots of phone time. The building itself is situated in a secluded, residential environment where Marchetty is planning other outdoor amenities, like a community garden, hammocks, and a fire pit.

“It’s safe, quiet, comfortable, but not isolated,” Marchetty said. “We’re a block off Route 38 and eight minutes from all the bridges.”

As he has done at the Collingswood location, Marchetty will keep his rents favorable to small businesses: no more than $500 a month. He believes the spaces to be suitable for white- and blue-collar start-ups, big enough to house several employees or specialty equipment. 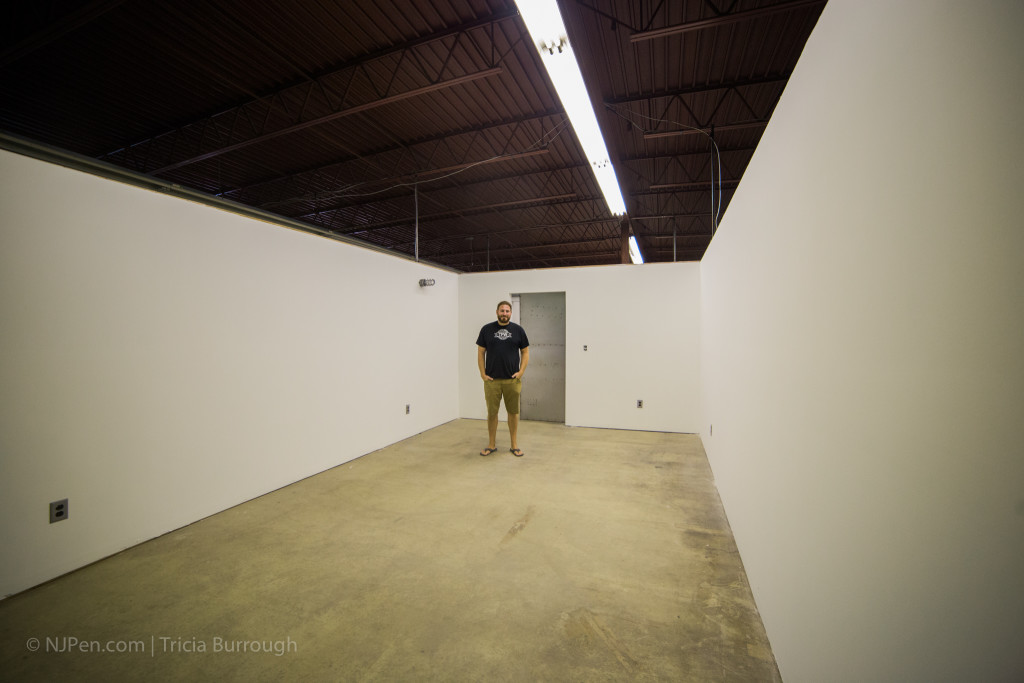 “This is a coworking space where you can leave your stuff behind,” Marchetty said “You don’t have to pay for multiple desks. It gives you that chance to grow inside your space to the point where you can feel comfortable at the end of the day reinvesting in your business.”

Even accounting for the low fixed costs, Marchetty said that the reason The Factory has been so successful is because the tenant mix is right.

He places an emphasis on entrepreneurs “who really fit and are driven” to take the next steps with their work—people much like himself. Both Factory locations are self-financed with revenues from his main business, Marchetty Machinery, and were built up and fitted out with his own time and labor.

“I consume myself with this,” Marchetty said. “I go to work every day to pay my bills, and then every additional penny’s been going into building this. I’m a father of twins; my wife’s been very supportive.

“There’s never going to be an ideal time to do any of this,” he said. “It’s just the matter of taking that risk, taking that step, and I think other entrepreneurs will feel the same way.” 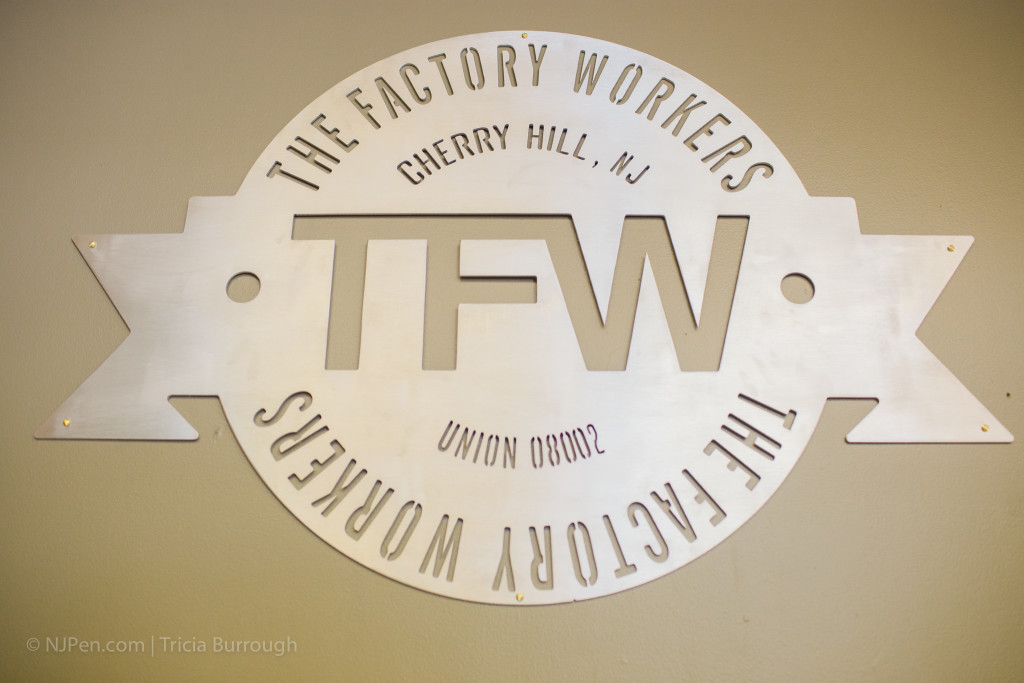 Malamut agreed, adding her intentions that the space should foster a community of creativity she hopes will nurture the variety of businesses it comprises.

“I think this is the new wave of entrepreneurship,” she said; “the ability for people to have the independence and the courage of their convictions to take that idea all the way through. It can be lonely and isolating to work alone.”

“It’s a start-up for start-ups,” Marchetty said. “We’re all on the same page; we’re all trying to make something out of nothing. It’s exciting.

“Most people who work a nine-to-five, all they do is stare at the clock all day,” he said. “I’m investing into an idea that I think will pan out, and [hoping]people will appreciate the environment.”

The Factory is located at 910 Beechwood Avenue in Cherry Hill and 13 Fern Avenue in Collingswood. The Cherry Hill site opens September 15, and units are available now. Contact info@thefactoryworkers.com.