Trending
You are at:Home»People»To Out a Predator: How a Virtual Community Tried to Prevent a Child Abuse Crime

Members of a small-group server say they tried to keep Liam Heim of Gulfport, Florida from fostering a relationship with a Collingswood juvenile on the Discord gaming app. 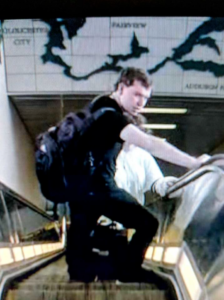 On Friday, Liam Heim of Gulfport, Florida was arrested in Philadelphia, having allegedly traveled there with a minor from Collingswood.

The 21-year-old had allegedly formed a public and rapidly escalating, virtual relationship with the 12-year-old juvenile through a server he established on a gaming chat app called Discord.

Despite the clear illegality of their interactions, only a handful of adults in the group recognized the behavior and tried to stop it.

NJ Pen interviewed members of the group through a spokesperson in an attempt to understand how the relationship evolved, why it was so difficult to derail, and how quickly the entire encounter occurred.

According to chat logs, the girl joined Heim’s server in early March.

Within ten days of that, the two were “dating,” and by the end of the month, Heim had traveled to New Jersey to meet her.

Their public exchanges were outwardly explicit, frequently sexual in nature, and immediately set off alarm bells among the oldest members of the group.

“It was all public in the server,” one said. “[Heim] treated pedophilia as something to be casually looked down upon rather than messed up and illegal.”

They attempted to confront Heim publicly within the group, and even created a dummy account, “Chococo Lococo,” to ask him about the pitfalls of entering into a relationship with an underaged person.

“If I ask her out, wouldn’t I be a pedophile?” they wrote through the dummy account in one exchange.

“Yes, society would deem you a pedo, for that there is no doubt,” Heim responded. “But sometimes love can be more important.”

Screen captures of a chat between members of a Discord chat server and Liam Heim. Credit: NJPEN.

“Most of the people in the server were underage, and had bad judgment,” one of the group members said. “They defended his pedophilia, or pretended it wasn’t happening. After a while, it became kind of an echo chamber.”

When those efforts failed, some of them began messaging his contacts on Facebook with a form letter and screenshots that captured the troubling conversations the two had shared publicly:

Hi, are you a friend/relative of Liam Heim? I wanted to make people he knows aware that he is currently predating a minor using the online chat app Discord.

There is proof of what he’s doing in this link [redacted], as well as information linking the chat account to him.

Thank you for your time.

Given he’s an adult I am unsure what you could do other than report him to the authorities, but I thought it important to make people close to him aware of his behavior for their own safety.

“Only a handful [of Heim’s friends]  responded,” the group member said. “All but one believed me. They were in shock. One of the others got in contact with his uncle. We don’t know how his parents reacted, if they even took away his Internet access; nothing.”

Those messages went out Monday, March 26. On Tuesday, Heim killed the server, set his Facebook account to delete (which takes time to finalize), and privately messaged a handful of the former group members that his family had been contacted about his relationship with the girl.

The group members who circulated the warnings also reported the situation to Discord and the National Center for Missing and Exploited Children (NCMEC) March 26. They say Discord replied on March 29 that it was investigating the report, but that the work was delayed by Heim’s deletion of the server. 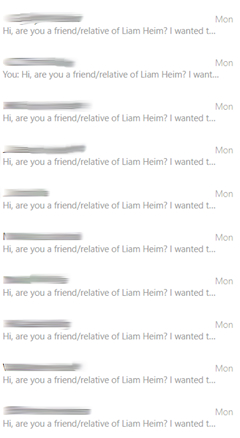 Members of a Discord chat group attempted to message Facebook friends of Liam Heim about his online behavior. Credit: NJPEN.

That was the day that Heim arrived in Collingswood to rendezvous with the girl.

Both of them continued posting in the group until he came to New Jersey, with no mention that he was traveling to meet her.

“We didn’t think he’d be so dumb as to try to run off with her,” a group member said.

“We have no idea what his plan even was.”

Heim was allegedly seen with the girl heading into Philadelphia on Thursday afternoon via the Collingswood PATCO station.

She was reported as a missing person Friday afternoon, and both of them were recovered by authorities in a hotel near the Philadelphia airport on Friday evening.

During the day Friday, the victim (or someone posting from her account) rejoined the small group chat, telling everyone that she was just in the library, and didn’t know “why everyone thinks I’m missing.”

Only one of the group members knew the victim personally, and even that person only knew that she might be with Heim from speaking with other Discord members.

The members of the group who reached out to the authorities said they were stunned at how easily Heim allegedly sweet-talked his victim. They say he had a pattern of “negging” females who posted photos of themselves in the group—putting them down to irritate them, and then walking the insults back to gain their confidence.

Younger people, including the victim, seemed especially to respond to the approach. 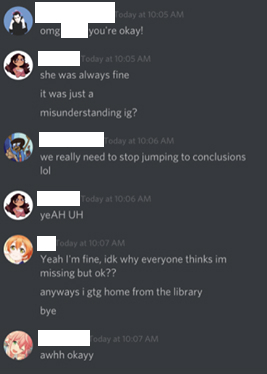 “It’s easy to be like, ‘Don’t talk to strangers online,’ but he acted like a friend to her, listened to her problems, gained her trust,” one group member said.

“We’re pretty sure it’s not the lack of knowledge.

“It’s just that [the victim]  didn’t care, and neither did Liam.”

Discord spokesperson Tali Fischer said the app asks its users to adhere to posted terms of service (ToS) and community guidelines, and cooperates with NCMEC as well as with law enforcement in cases like these.

“Though we do not read people’s private messages, we do investigate and take immediate appropriate action against any reported ToS violation by a server or user,” Fischer said in an e-mail.

“Included in these terms is a requirement that users be 13 or older, and any user found to be under that age will have their account disabled,” Fischer wrote.

“We have also created a number of security measures to help block unknown users from contacting others and urge users to implement those features.”

Of course, the victim was able to use the service regularly despite being younger than its 13-year-old age requirement. Nothing in the ToS prevented Heim from establishing a private group of members that he personally cultivated, or from carrying on his behavior, mostly unchecked, in an environment where the messaging was overwhelmingly reinforced. 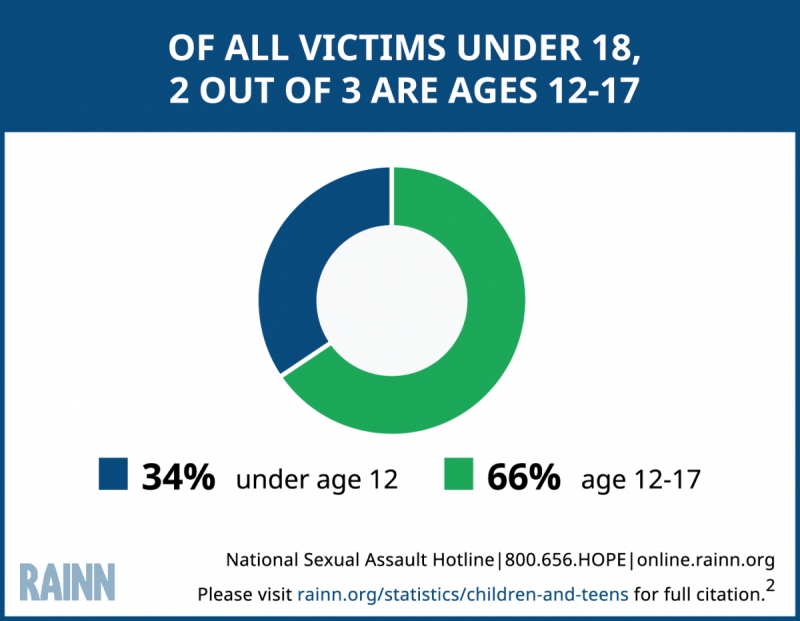 Anyone can be charismatic in a room of 15 or 20 people, and the emotional impact of things said in that setting is amplified as well.

“Only the older members saw anything wrong with it,” one of the group members said.

“Even now, the younger ones are trying to defend Liam, saying they’re a Romeo and Juliet.”

As a result of the incident, Heim was arrested in Philadelphia on Friday.

He faces federal charges of transportation of a minor to engage in criminal sexual activity and interstate travel to engage in illicit sexual conduct, which carry penalties of 10 years to life in prison.

Heim also was charged with first-degree kidnapping and third-degree endangering the welfare of a child, which could lead to anywhere from three to 30 years in New Jersey state prison. He is scheduled for preliminary hearings this week. 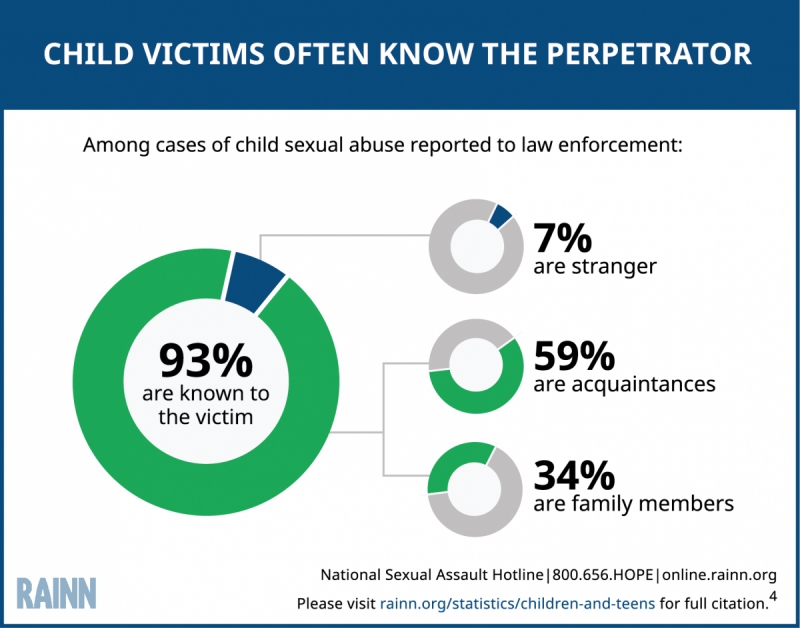 With the virtual version of events resolved, the members of the group who reported the incident now are most concerned with the welfare of the victim.

They reported that the victim’s family has been barraged with harassing messages on social media, which they reject.

Above all else, they expressed hope that the community would rally around the family and support their recovery.

“I hope the community bands together and supports them,” one group member said.

“They really need it.”

For more information about how to support survivors of sexual abuse and their loved ones, visit RAINN (Rape, Abuse & Incest National Network).