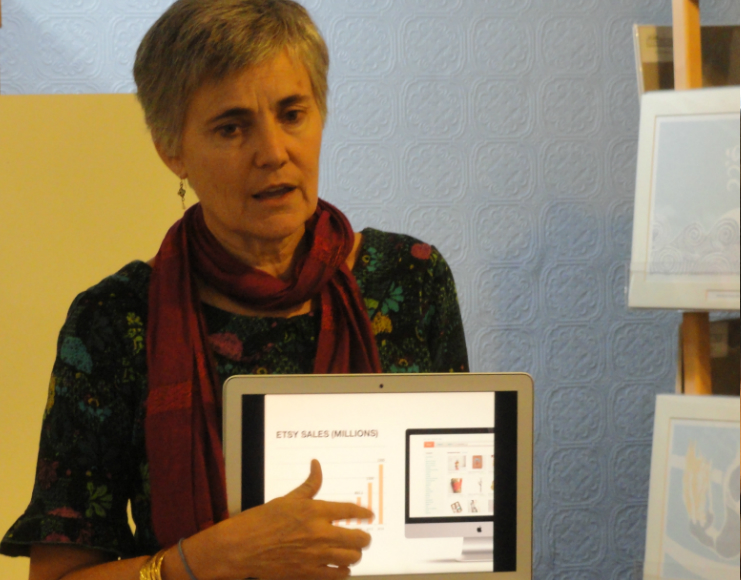 In the digital age, many traditional ways of doing business no longer yield the same returns they once predictably did, often because most of the infrastructure within which they operate is built out, and the powers that control it are consolidated.

But even within established systems—transportation, communication, energy, finance, education, healthcare, and others—lies a tremendous amount of untapped potential that is in many cases more efficient to mine than it is to recreate externally.

Businesses that discover the ways in which that excess capacity can be accessed are doing so not by following industrial-age models, argues author Robin Chase, but by building a collaborative economy that empowers the vast network of system users as peers instead of treating them as consumable commodities.

Chase knows these principles are more than theoretical: they laid the groundwork for Zipcar, the car-sharing business she co-founded 15 years ago, and have paid exponential dividends for similar startups. She visited Inkwood Books in Haddonfield last week with her new book, Peers Inc., and discussed why an economic model that is “complementary and symbiotic” is more powerful than one that is monolithic and consolidated. 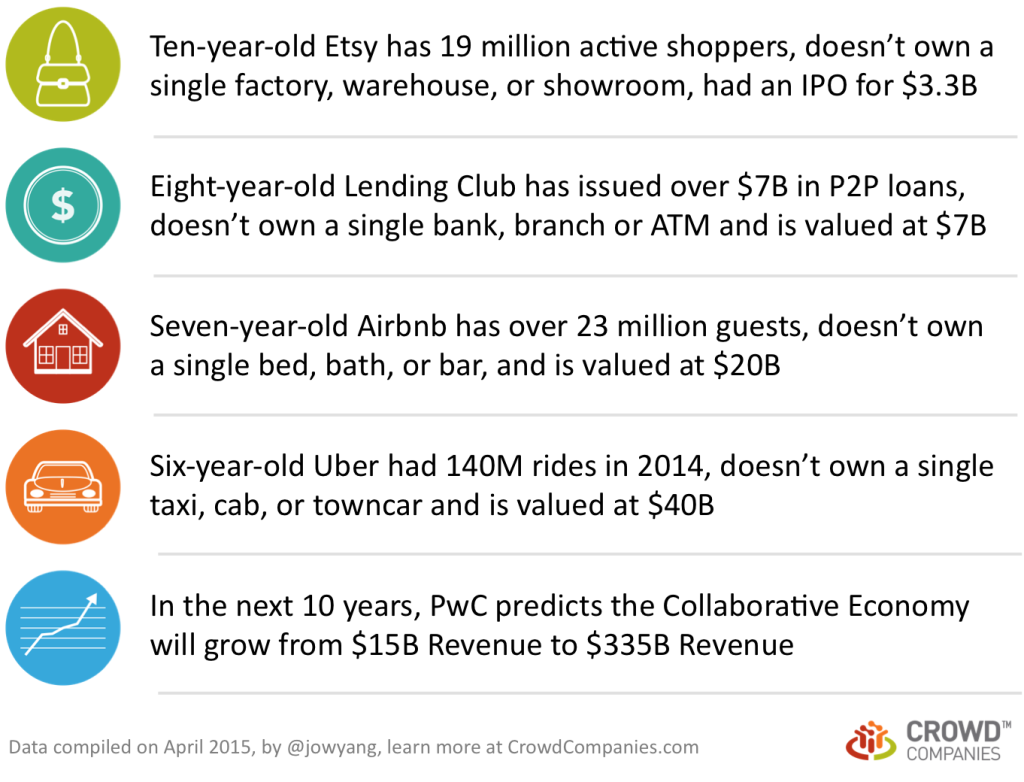 Abundance out of scarcity

“Individuals do things better then most companies,” Chase said.

“Companies can do those things, but they’re incredibly expensive. They don’t want to do them.

“The last 100 years of industrialization has all been about ripping out individualized things to get to economies of scale [that are]high-volume [and]low cost,” she said.

Companies like Zipcar and Airbnb make use of excess capacity to “give the power of the large to the small,” Chase said, building on existing resources to offer a service that otherwise would require significant investment to recreate.

She offered the example of a European startup called BlaBlaCar, through which motorists in 18 different countries can book empty seats in their cars for road trips, following the model of airlines and railways.

“They didn’t lay a trail, buy a rail car, or buy a plane,” Chase said, and yet “millions of people are being delivered by this platform out of excess capacity.”

Opening up access to information is another way to create “abundance out of scarcity,” Chase said. She  pointed to the mobile application development marketplace as an example of the fruitful intersection of collective intelligence and individual experience.

Corporate manufacturing and development interests helped create the common platform of the smartphone, but by opening up their programming software to developers, phone manufacturers created a diversity of offerings—more than 2 million of them—that increase the value of the product beyond what it inherently possessed. Access to just a handful of those apps justify the purchase of the smartphone itself, she said.

“I bought that phone for three or four killer apps,” Chase said. “I probably would buy a whole smartphone for those [programs]. All those other apps are freeriders on my phone.”

The smartphone model also illustrates the value of data as another form of excess capacity, Chase said. Opening up access to proprietary information across a number of industries could yield as much as $3 to 5 trillion annually, according to research by the McKinsey Global Institute. 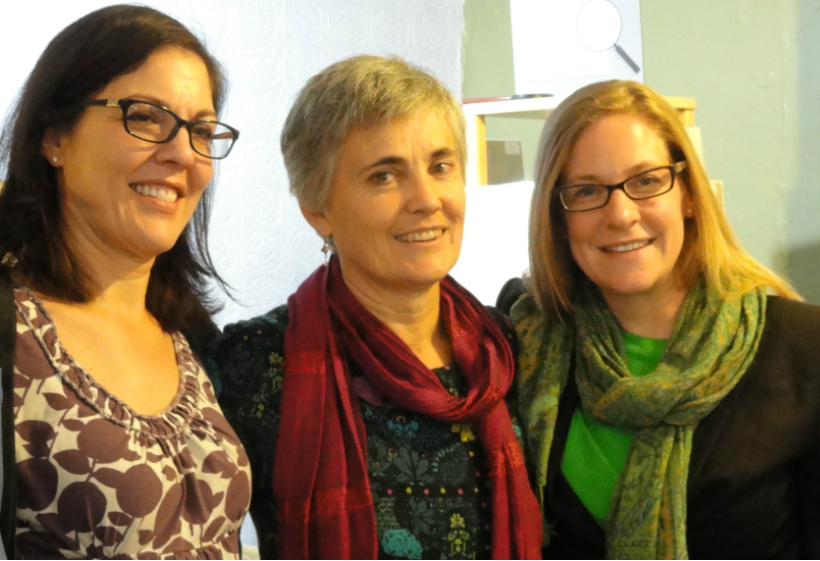 Peers Inc as a model for social change

Chase believes that the traditional global economy is not only inefficient when it doesn’t maximize its use of excess capacity and peer networks, but unsustainably so.

She points to data on climate science that indicate how short the timeline for humanity is without rapid, worldwide changes in human behavior.

Nine of the 10 warmest years on record have occurred in the past 15 years, with 2015 being the warmest. Global average temperatures are expected to increase 11 degrees Fahrenheit by 2100 if countries adhere to existing emissions pacts; if they don’t, Chase said, the increase could be observable some 40 years earlier.

Meeting the challenge requires a massive shift in human behavior that Chase believes can only be driven quickly enough with peer networks. Waiting for governmental policy to ramp up hasn’t done enough, she said. If leveraging existing assets can push system-wide changes in consumer behavior, she reasons that the same strategy can and ought to be applied to resolving broader concerns.

“Building companies this way is faster, cheaper, [and]more clever, and we should take this organizational structure and see how we can apply these in the world’s most pressing problems,” Chase said.

“We can build a fabulous world ahead, or life’s going to really suck.” 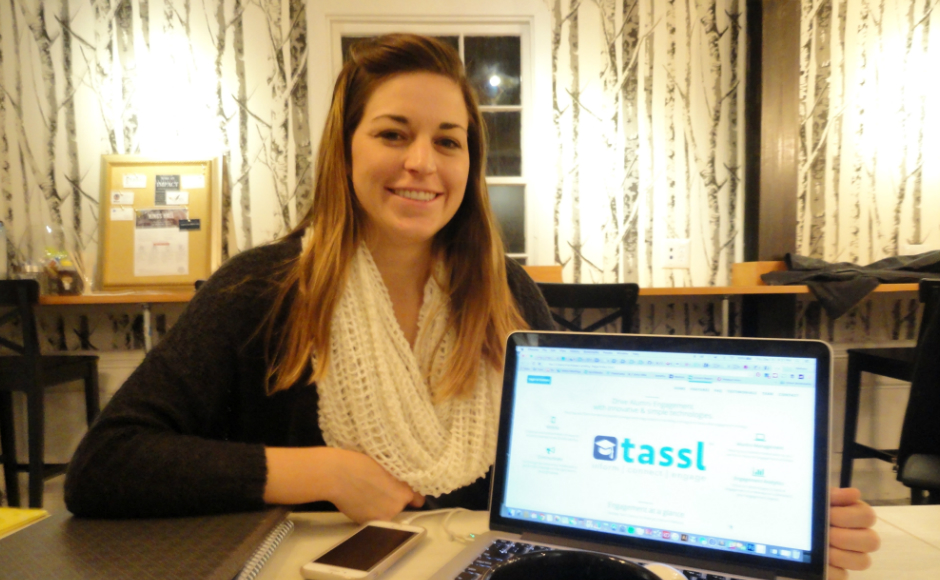 After Chase’s talk, attorney Sean Litz said he found her perspective to be “very compelling” in its commercial applications, but he’s less convinced of it driving wholesale social change.

The sharing economy succeeds when the things it produces help consumers overcome personal discomfort or inconvenience with faster, cheaper, or better products, services, and experiences.

In an on-demand world, “it doesn’t speak to people’s impulses” to ask them to adjust comfortable behaviors so significantly, even to rational ends, Litz said.

“It makes sense this works in consumerism,” he said. “How does it work in fixing social good? I care, [but]I can’t get other people to care. My social circle, they don’t really care about climate change.”

Furthermore, although open-source intellectual assets and crowd-sourced finance can rapidly advance any field of study, those levers are most often used to further consumerist agendas, which Litz said is part of a vicious cycle of artificial need that contributes to other social and environmental problems.

“[Chase’s] paradigm is explosive growth,” he said. “How do we harness that to [address]gun [violence], or stopping the next ISIS?” 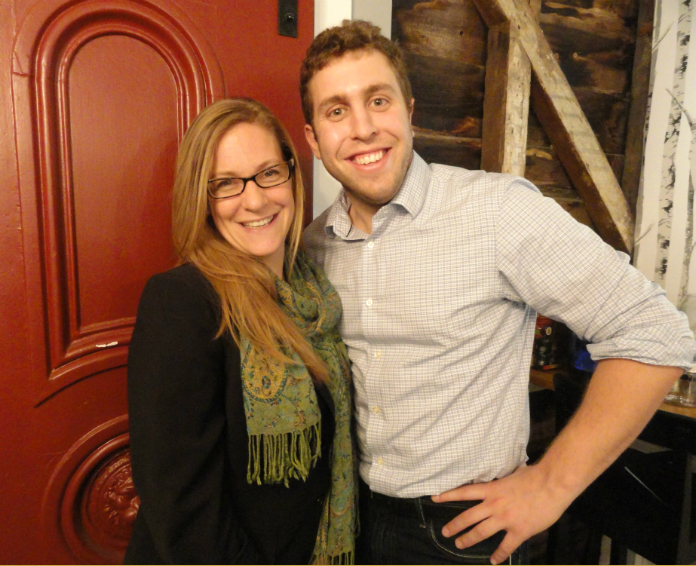 Twenty-eight-year-old entrepreneurs Melissa Schipke and Jason Halpern are exemplars of the kinds of businesspeople who are innovating along the excess capacity model for which Chase advocates.

At the same time, their non-traditional career paths exclude them from many of the traditional systems from which they could most use the support in establishing themselves.

Schipke’s start-up Tassl is a venture-capital-backed mobile phone application that allows colleges and universities to connect with their alums with “a focus on engagement outside of giving.”

Halpern’s Gridless Power manufactures portable “smart” batteries capable of extending power distribution to off-the-grid areas. Although both of their respective enterprises are well-funded by investors, neither of them would be able to leverage that professional equity into the collateral required by a bank to secure a home mortgage, for example.

“Every time I talk to a bank, I don’t have a verified income,” Schipke said. “It was also really difficult for me to get health insurance because it was hard to verify that I have no income.

“Working this freelance, startup environment, the standard benefits that normal people get in full-time jobs aren’t available for us,” she said. “The marketplace is not supportive of people who are trying to build and grow economies.”

Many of Halpern’s University of Pennsylvania classmates took their talents into the fields of finance or consulting, where “success is much more guaranteed,” he said. The startup world is “less compatible with traditional versions of success.

“The wide world hears about successful startups; it doesn’t hear about the ones that don’t make it,” Halpern said. “When you come out of school with student loans and the problems that exist in the world, it’s tougher to take that risk. It would be great if society supported that type of risk-taking so more interesting things could happen and people could take the risks.

“The more people we have doing the startup thing, the better chance we had to solve some of the bigger challenges of the world,” he said. 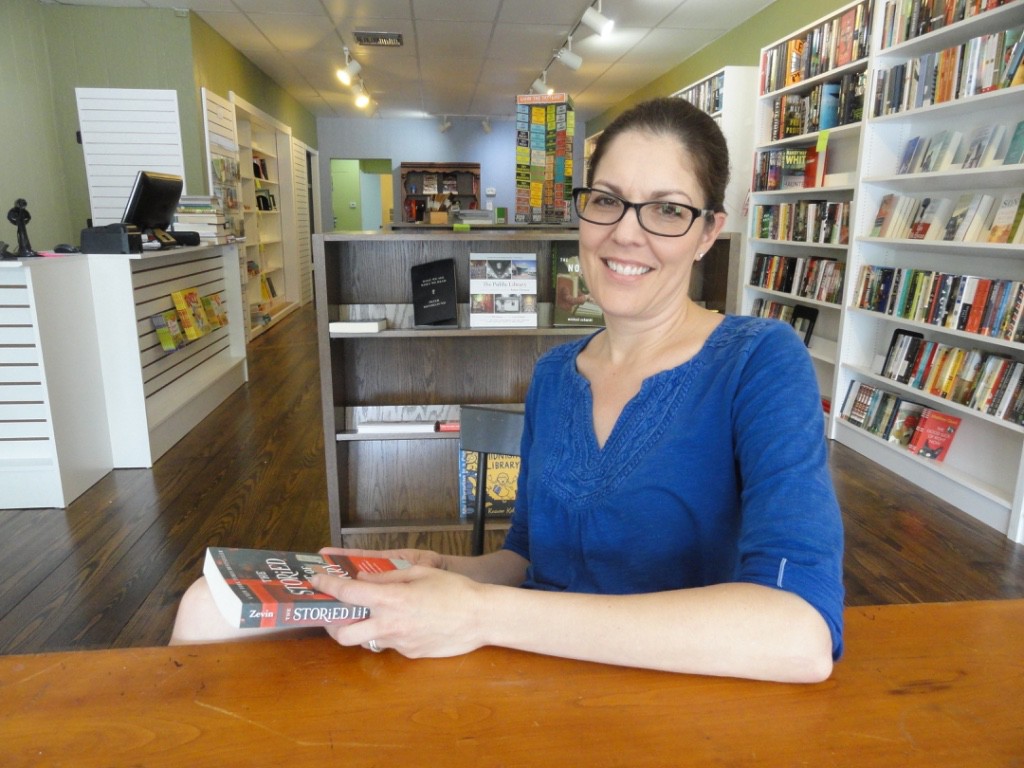 ‘You do this in your local community’

Litz, Schipke, and Halpern are all members of the Haddonfield coworking space, Kings Hall, where cofounders Devon and Sean Perry are working to cultivate a collaborative community that helps to support the entrepreneurial culture Chase describes by creating a low-overhead, socially supportive environment.

Still, Devon Perry said, like the traditional economy, the sharing economy is a tiered one in which professional skill sets command top dollar for hourly labor and others do not.

“As a coworking space peppered with service-industry people—graphic designers, attorneys, people who are monetizing their hours in all different sectors—how is that [coworking interaction]going to help both of their industries?

“What separates one industry from another and which industries are doing it well?” Devon Perry said. “How can we take those best practices and share them? [Can we] help people who are freelancers and self-employed get mortgages?”

At a minimum, said Inkwood Books owner Julie Beddingfield, who hosted Chase’s visit, the transformative ideas that may drive further change on those issues can take root in communities that foster such conversations. Chase came to Haddonfield, fresh off her visit to the Parisian environmental summit, because of outreach from borough resident Herbert Hess.

“Herb is a guy who lives in town, bought that book, was really inspired by it, and said, ‘I’ve been communicating with this author, would you like to host it?’” Beddingfield said.

“You don’t do this on Amazon,” she said. “You do this in your local community.”