Trending
You are at:Home»Events»Earth, Wind and Fire 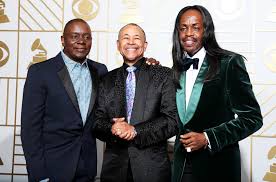 Earth, Wind & Fire, is one of the world’s top selling musical groups of all-time! Inducted into both the Rock and Roll Hall of Fame and the Vocal Group Hall of Fame, Earth Wind & Fire has earned eight Grammy Awards and four American Music Awards alongside numerous other accolades including the prestigious Soul Train Legend Award. EWF has sold close to 100 million albums. EWF have recorded eight #1 R&B singles and eight Double Platinum Top 10 Pop Albums over their long & amazing career! Earth, Wind & Fire is to this day is one of the top touring acts of all time with founding members Philip Bailey, Verdine White and Ralph Johnson performing to sold-audiences around the world. EWF are one of the most important, innovative and commercially invincible contemporary R&B, Pop, and Funk bands to hold their status into the 21st century as ” the best band ever” proclaimed Alicia Keys. (From altriatheater.com)