Trending
You are at:Home»Events»Votes for Women: Film Premiere 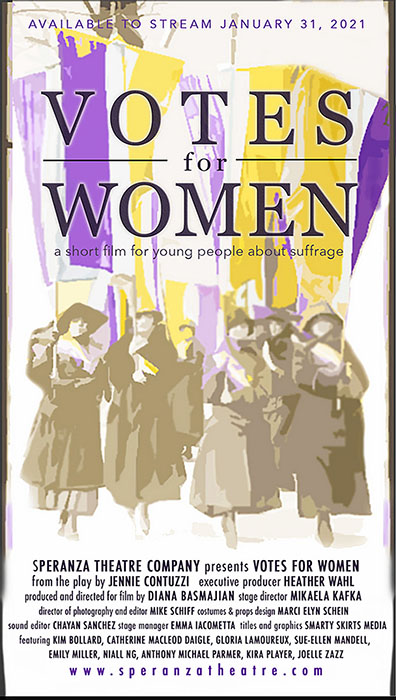 VOTES FOR WOMEN – a film adaptation of the historical play written by Jennie Contuzzi:

It is 1913, and thousands of women gather in Washington, D.C. to march for a constitutional amendment guaranteeing women the right to vote. For a family audience of all ages, this emotional story is told from the perspective of the women who led the charge and paved the way for the fight for equality.