Trending
You are at:Home»Business»Westmont Theater Renovations to Get Underway this Week

Cleanup at the historic property will start with power-washing and asbestos removal, and should clear the way for Planet Fitness to open next summer. 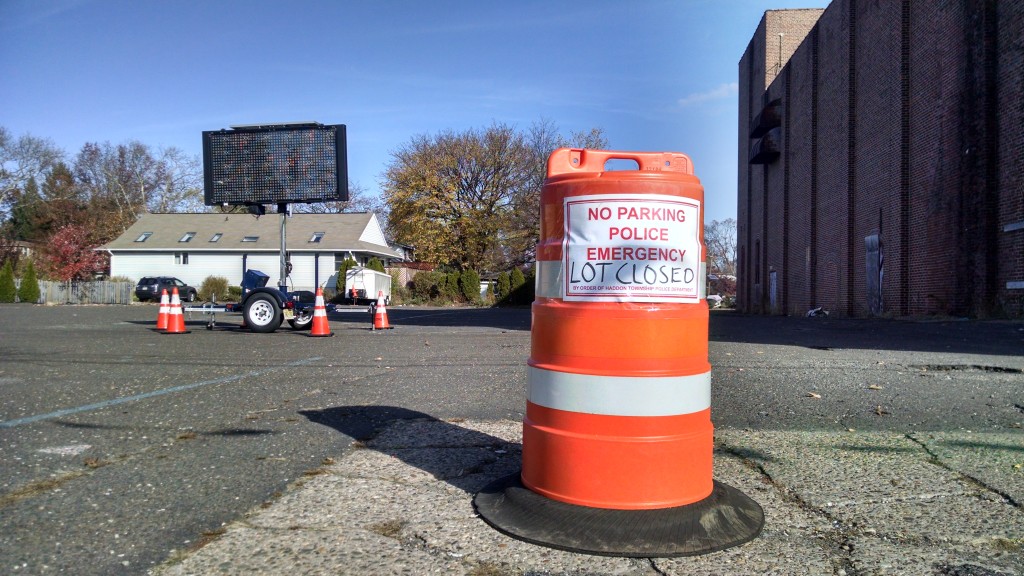 As signified last week by the bright orange traffic cones prohibiting parking in its lot and a digital roadwork display reinforcing that message, the Westmont Theater is primed for its renovation.

“We’ve been trying to get all our outside agency permits, and it’s been tough, but we’re gearing up to start,” said developer Peter Lazaropoulos of the Cherry Hill-based Lazgor, LLC.

Extensive repairs to the historic building will unfold over the next six to seven months, as new tenant Planet Fitness prepares to take possession of the property in the summer of 2016, Lazaropoulos said. But before the Westmont can hit the gym—or, rather, before the gym can hit the Westmont—the Grand Old Lady is going to hit the showers, as workers begin renovations by power-washing the building.

“Unfortunately, some people have done graffiti,” Lazaropoulos said. “There is some mildew that has been growing near the roof downspouts. Rust stains from metal—things like the emergency staircases—are coming down the brick. There’s some ductwork and fresh air intakes up high on the brick wall, and when they rust, they stain the brick beneath.” 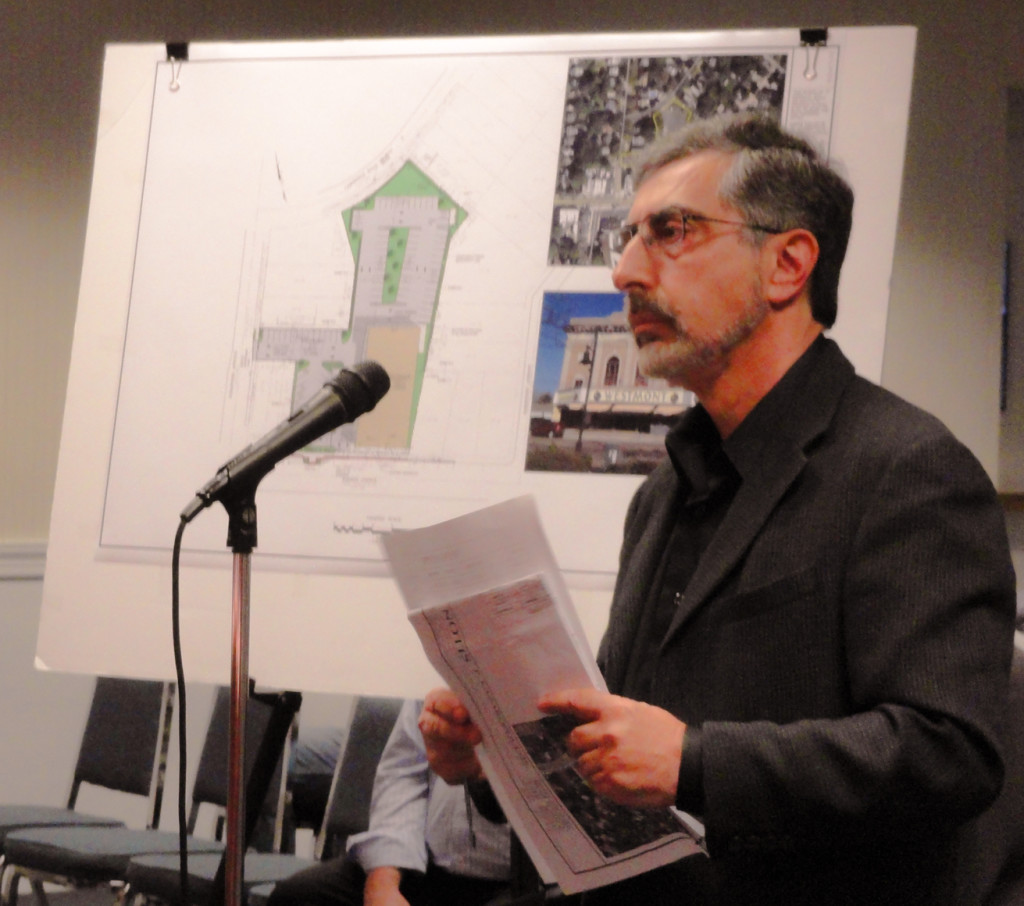 The exterior windows, which Lazaropoulos described as “the biggest historic element on the building,” present a logistical issue for the renovations. Lazgor will hire a historic manufacturer to reproduce windows “that meet the period of significance,” the developer said.

Likewise, the theater marquee must be structurally rebuilt, and with materials that match its original elements. Lazaropoulos said the “Westmont” name will be preserved with neon lights, and that the Planet Fitness signage will be reserved for the tapered edges of the marquee.

“They’ll be visible to traffic with cars coming in,” he said. “There’s no need to put a [Planet Fitness] sign on the front.”

At the same time, roofers will perform temporary repairs to make the building watertight for the winter months, and then a new roof will be installed in the spring. 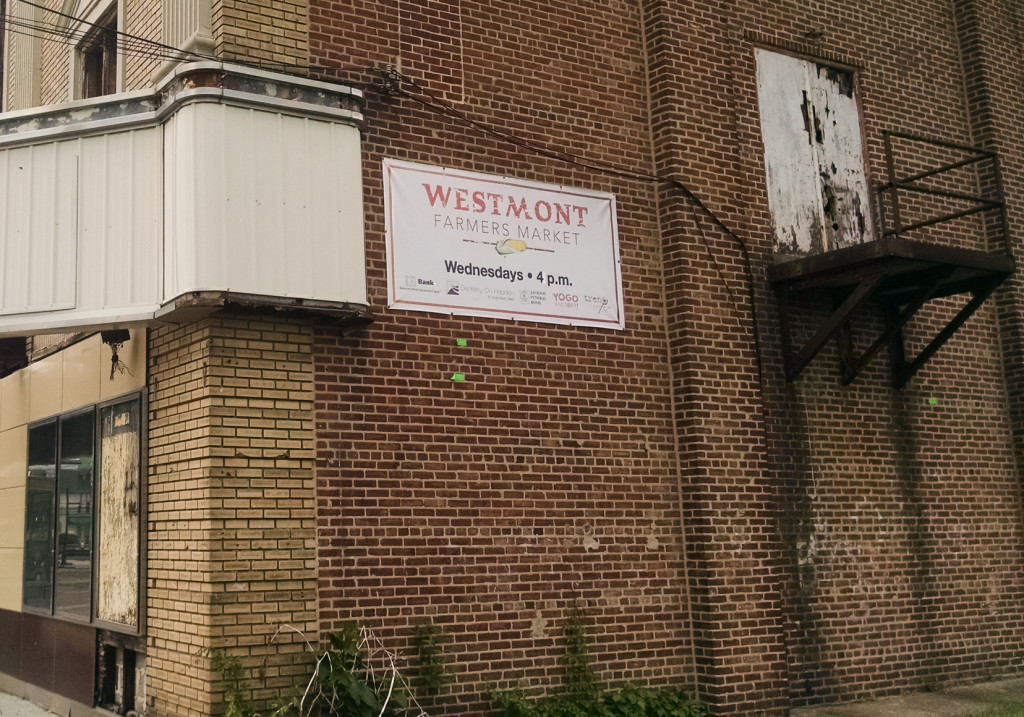 “We’re trying to overlap the project so that we can start the things that we know [will come later]while we’re finishing on the inside,” Lazaropoulos said.

After the exterior is polished up, crews will head inside the building to remove asbestos and begin “soft” demolition—the removal of seats, carpets, drop ceilings, light fixtures, metal stud partitions—down to the bare brick.

Once the air within the building has been certified asbestos-free, the second phase of demolition will begin, which includes leveling the concrete floor and installing footing for the steel columns that will support the 16-foot mezzanine.

“Then we have a good strong skeleton,” Lazaropoulos said. “After that, it’s partitioning the rooms, air conditioning, and lights. 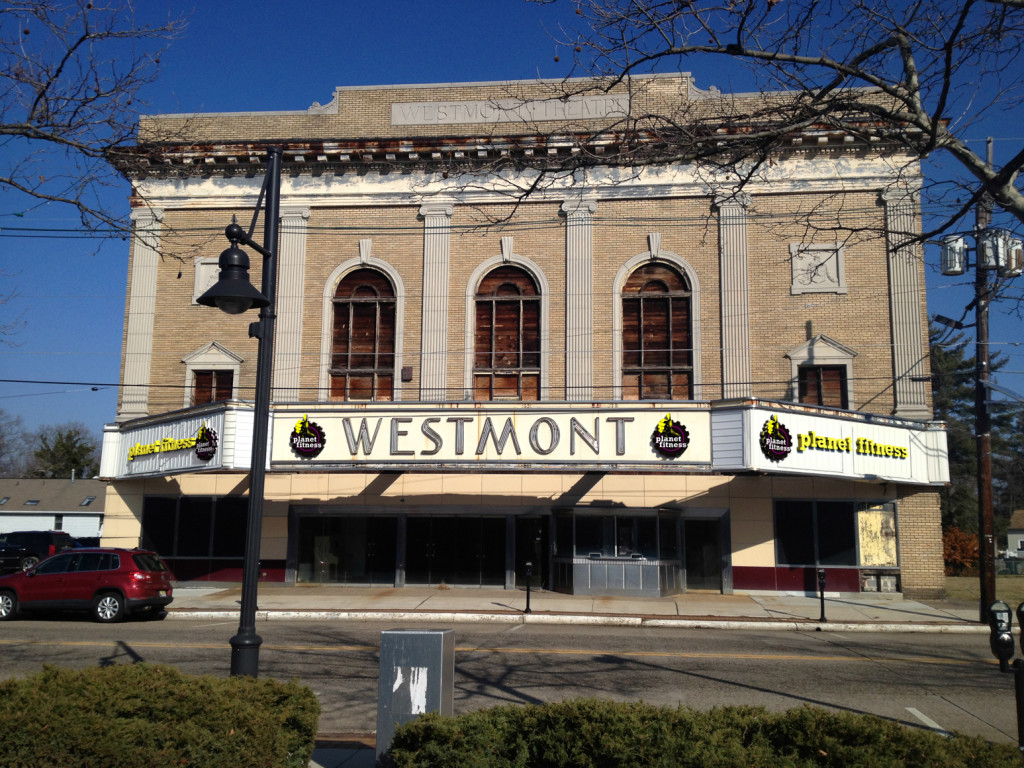 “It is a complicated building to do, and it has a lot of details,” he said; “lights, sprinkler systems, elevators, staircases. We’re hoping a lot of that hard work will be done through the winter, and then, by the time April comes around, we’ll be doing the interior finishes.”

Although the theater lies along the busy Haddon Avenue roadway, Lazaropoulos said that locating the construction entrance to the building in its rear lot should help minimize disruption to the flow of vehicle traffic on the street.

The extensive environmental remediation to be undertaken at the Westmont added enough cost to the project that Haddon Township commissioners approved a 15-year, $250,000 PILOT agreement for the site. Lazaropoulos said the tax abatement would help make the project financially feasible as it is getting off the ground.

“Demolition is where we could have used the help because there was just so much more hazardous material in the building than we anticipated,” he said.

Once the work is completed, however, Lazaropoulos believes that Planet Fitness will be an excellent tenant within the surrounding neighborhood. The exercise chain “respects the historical significance of the building,” and what it means to Haddon Township, he said.

Even if its parking lot no longer handles overflow traffic from the Westmont Farmers Market, Lazaropoulos said he expects Planet Fitness “will be a good neighbor” for special events in the downtown business district.

“I don’t see any problem integrating with the community,” he said. “The biggest concern and the biggest desire of the community was to maintain that building as a landmark, and that’s why we’re still here a year-plus later, struggling with that concept.

“We will fulfill the wishes of residents. [The Westmont Theater] will be the landmark it has been for many, many years,” Lazaropoulos said.