Trending
You are at:Home»Arts»10 Years on, Studio LuLoo Still Draws a Crowd

As the Oaklyn performance space welcomes a decade’s worth of musicians and families for a 12-hour anniversary show, organizer Sara O’Brien said she’s proudest of the way it still brings people together. 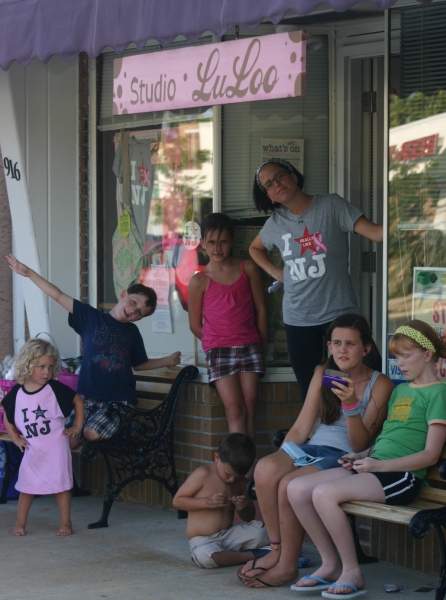 In 2006, Sara O’Brien opened her Studio LuLoo performance space on the White Horse Pike in Haddon Township with the help of “a good friend and a generous landlord.”

Ten years and two physical moves later, the family-friendly performance space has become a fixture of the Oaklyn downtown business district, and of the greater local performing arts scene, all while expanding its outreach into multiple charitable efforts and cross-sections of community.

After a decade, O’Brien reflects that the years have been good, the work has been hard, and in the end, they’ve brought together a long list of people from various backgrounds.

In that time, Studio LuLoo has connected with a long list of causes and neighbors, and has helped support the creation of lots of art and music.

It’s not been a linear path, but among the meanderings, the studio has become meaningful to a number of people for a number of reasons.

“You’re kind of clueless when you open up a business,” O’Brien said. “We just started. That’s the best advice for people. Just start.”

Five years in, O’Brien earned a nonprofit certification for Community Rocks, the organizing arm of her efforts, which allowed her to turn Studio LuLoo into even more of a place for charitable outreach.

She’s collaborated with youth served by the Virtua Camden Castle Program in Camden City, helped raise money for music lessons through partnerships like the Beatles/Stones Invitational at Collingswood Music, and even met her longtime partner, Josh Phillips of Philly’s Phatties, the pizza shop next door. 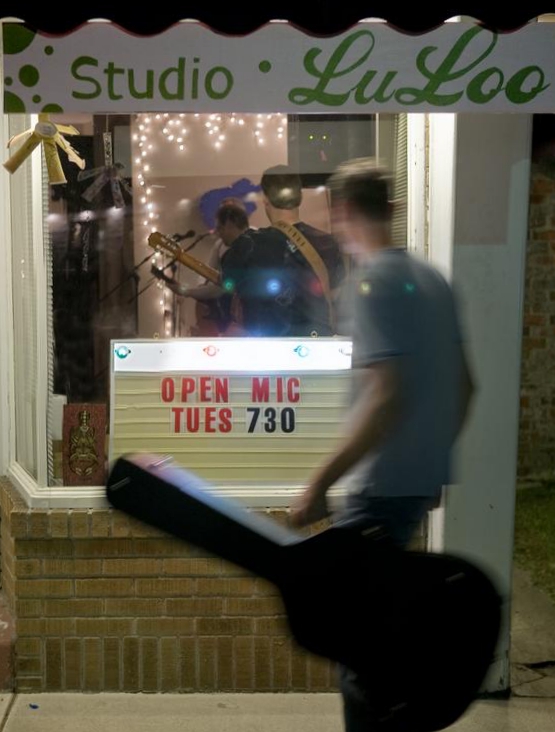 To celebrate, Studio LuLoo is having a 12-hour anniversary show Saturday that starts at 11 a.m. in its West Clinton Avenue storefront location and continues up the block at the Oaklyn Manor Bar from 8 to 11 p.m.

The bill is chockablock with performers, all of whom attended the first open mic night hosted at Studio LuLoo in 2006.

To O’Brien, reuniting them for the show isn’t just an act of nostalgia, but a demonstration of the diversity of interests the studio has supported for years.

“Everybody met at LuLoo and started playing together,” she said.

“Since then, people have gotten their children involved, and that is really what helped grow the studio.

Oaklyn resident John Falco said Studio LuLoo furthered his experiences as a performer as well as a community participant. For nine years, he’s lent his talents as a graphic designer to its events while playing shows there. It’s given him a place to host birthday parties for his children, and has spurred numerous friendships among residents of multiple towns who met there.

“Studio LuLoo adds a lot of life to an otherwise sleepy neighborhood,” Falco said. “There’s a vibrancy to it. It’s a good outlet for creativity and charitable works. It’s a good fusion of those two things, and it’s convenient to be able to do that.”

Even though he’s been an Oaklyn resident for years, Falco said Studio LuLoo is what led him to engage with the borough downtown business district. Its all-ages atmosphere supports intergenerational relationships and gives parents in the neighborhood a place to gather with their children while enjoying live performances. 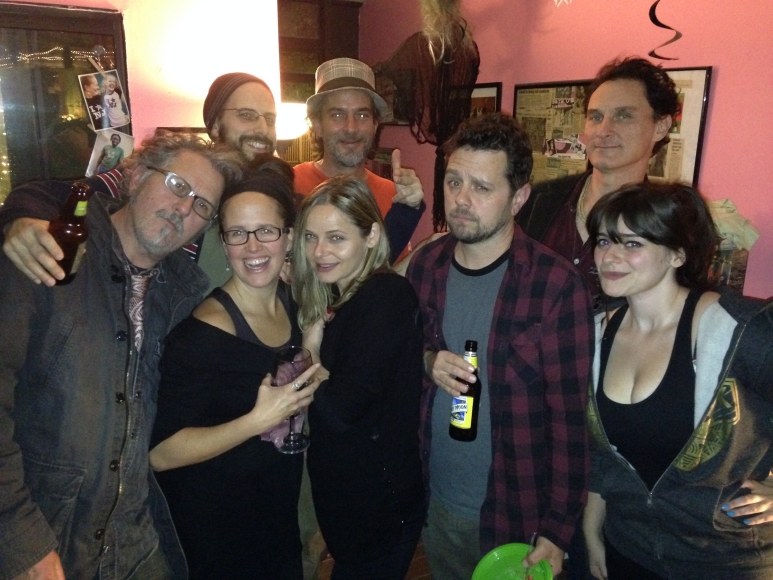 “Getting kids involved in creative songwriting and music is probably [O’Brien’s] greatest strength,” he said.

“I think that it has a lot of potential to do more programming.”

Liz Houghton, who has helped O’Brien grow and manage Studio LuLoo since its days on the White Horse Pike in Haddon Township, said the entity is a product of O’Brien’s “broad vision” and “grand intention.”

Its growth may have been impeded by the scope of all that she’s attempted to achieve with the space, but O’Brien’s ambitions have largely borne fruit, Houghton said.

“She’s done a lot for the community,” Houghton said. “She wants to do everything. I don’t really know very many people like her. Sara takes people who are in a spot where they think they don’t have all of these options, and she opens up the world.”

For Houghton, Studio LuLoo’s greatest gains have been as a center of community gathering. Its forgiving atmosphere has been a place where she’s seen “a lot of remedies for stage fright” and just as many developing artists work out their material. More than that, she said, it’s expanded her neighborhood social network.

“We just gained all these people—parents, friends of friends, musicians, artists, children who grew up and want to help with the open mics,” Houghton said. “It’s like a family. It’s a feeling of love. You can go in there and say, ‘This is my home.’ There’s freedom to create something of your own.” 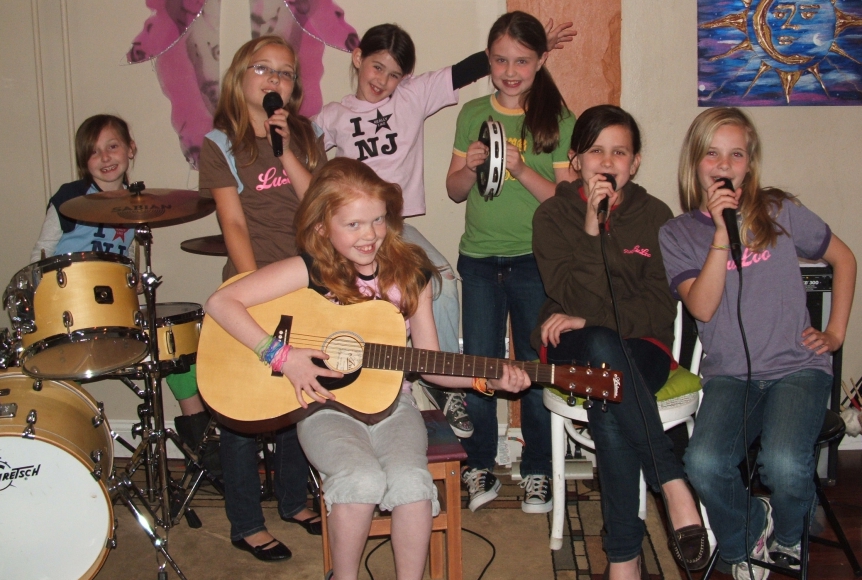 Kevin Day, whose band No Regrets is reuniting at Studio LuLoo Friday after 10 years, said the space has played an important role for independent musicians and show promoters.

“Studio LuLoo popped up at a time after all of the local churches stopped working with local bands on hosting shows,” Day recalled.

“I think that a lot of people think about LuLoo in regards to open mic nights and family-friendly stuff, which of course it is, but a lot of people don’t realize how important it has been for underground bands.”

Day, who has toured the country extensively with unsigned music acts, said other bands with which he’s shared a bill don’t have the same degree of access to a performance space that supports original music. His band Aspiga wrote and rehearsed its latest full-length album in Studio LuLoo. He credited O’Brien with being flexible and collaborative in sustaining an atmosphere of inclusion.

“Sarah has been nothing but incredibly easy to work with over the years,” Day said. “She works with us financially, she listens to our ideas, and all she really ever asks is that we stay involved and make sure that we get new blood into the building. 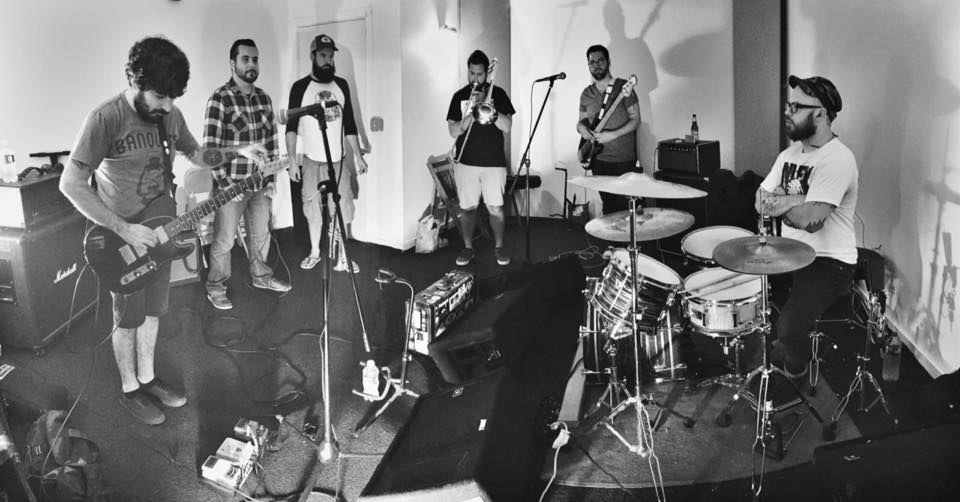 No Regrets will host its 10-year reunion Friday at Studio LuLoo. Credit: No Regrets.

“That’s the key for a place like LuLoo to thrive,” he said.

“You need a new batch of teenagers in there booking the bands that they listen to, starting new bands, volunteering, and just creating a culture of their own.”

Music remains “at the core of what we do,” O’Brien said; to be able to hold an event just for the sake of music 10 years into the business “is awesome,” she said.

“The ultimate goal is really to bring folks together,” she said. “Saturday is about the music, and people have to come together around that.”

The Studio LuLoo 10th anniversary celebration will be held Saturday, November 19, from 11 a.m. to 11 p.m. at 215 West Clinton Avenue in Oaklyn. Click here for a full list of performers and causes supported by the show.