In total, 39 Camden County residents have perished from complications related to novel coronavirus, and 1,383 have been sickened by it. 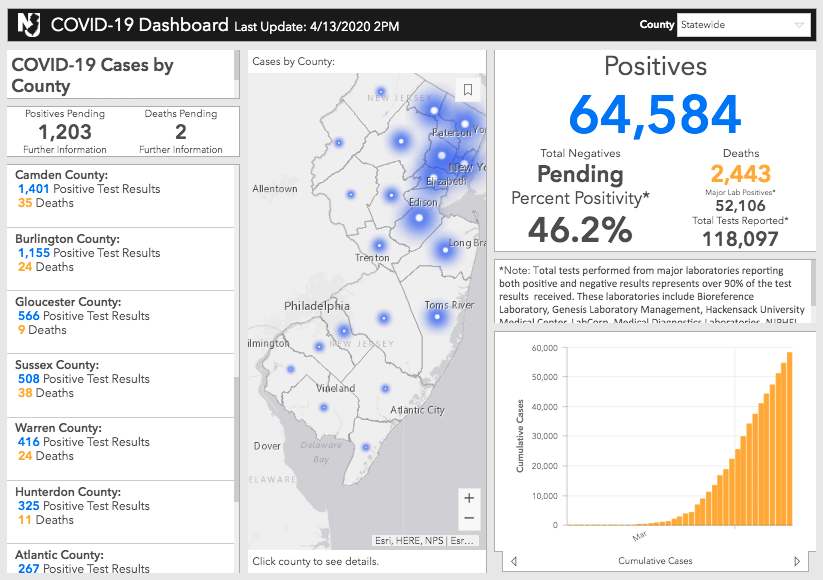 Ten more Camden County residents have lost their lives to complications related to novel coronavirus (COVID-19), and another 127 were confirmed to have contracted the virus, the county government reported Monday.

Locally, 1,383 Camden County residents have tested positive for COVID-19, and 39 have perished from related complications.

It’s the largest single-day local death total announced by the government since the pandemic began.

“We continue to send our thoughts and prayers to everyone who has lost a loved one because of the destruction wrought by the novel coronavirus,” said Freeholder Director Lou Cappelli in a statement.

Cappelli said the doubling rate of cases in Camden County continues to improve, which he termed “a positive trend in this fight and the success of mitigation measures such as social distancing.” He urged residents to renew “their commitment to saving lives by staying home.

“If we all work together, we will continue to flatten the curve and end this unprecedented crisis,” Cappelli said.

The new cases include:

Trace investigations are being facilitated with the patients, and remain ongoing, the county said.