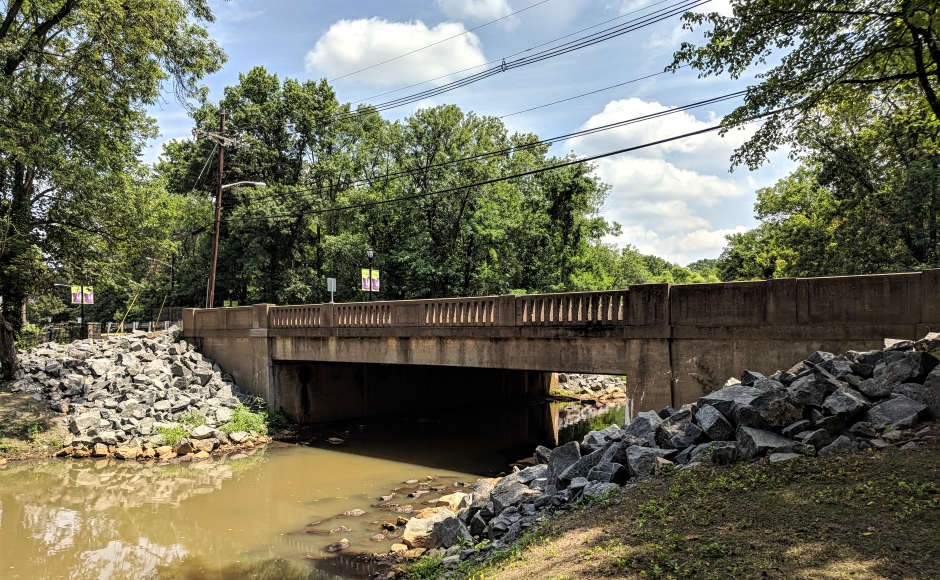 According to a statement from the Camden County government, traffic detours over the Grove Street bridge in Haddonfield will be lifted Monday, October 1.

The Cuthbert Boulevard bridge is expected to fully reopen October 15.

Local commutes will be more complicated for the next month or so, as renovations to a pair of bridges over the Cooper River alter traffic patterns in Haddonfield and Haddon Township.

The work will reinforce weakened bridge beams in both communities, disrupting the flow of vehicle traffic along Grove Street and Cuthbert Boulevard for more than a month.

Starting at 7 a.m. July 23, the northbound travel lane along Grove Street in Haddonfield will be shut to traffic leaving the borough.

Southbound vehicles entering Haddonfield from Cherry Hill will be allowed to travel normally along Grove Street. 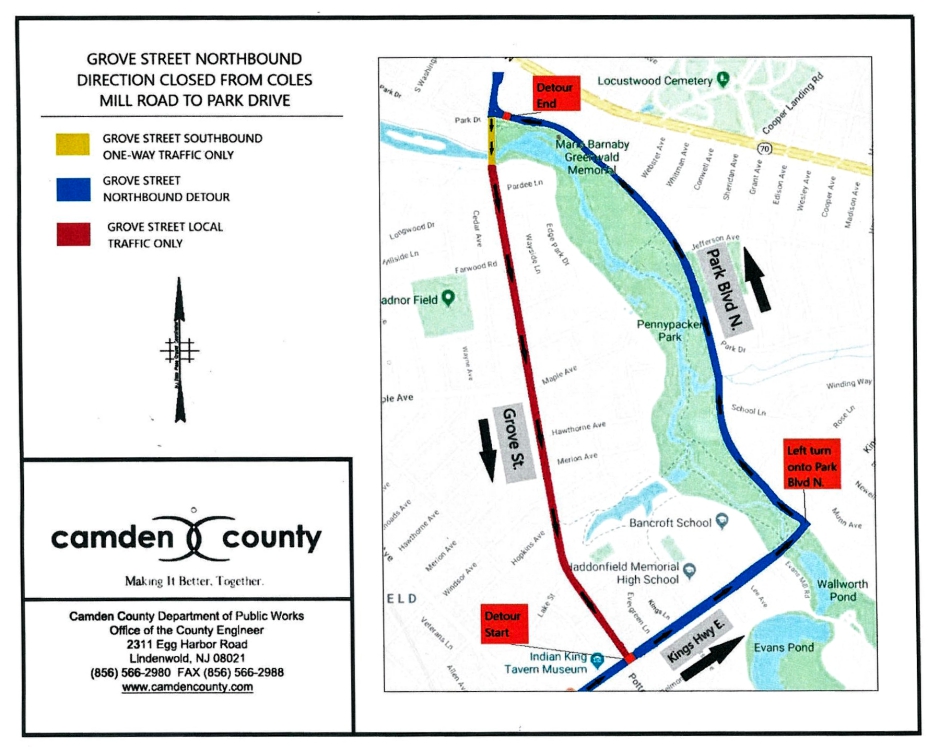 “We know the first week or two is going to be hectic,” Cutler said.

In Haddon Township, closures will affect the eastbound and westbound left lanes of Cuthbert Boulevard for the length of the project.

Traffic will proceed normally across the span, but county officials warned that drivers should expect delays.

Neither project will close the bridges to pedestrian traffic.

Camden County spokesman Dan Keashen said the work is part of annual, routine maintenance undertaken to combat the effects of inclement weather, vehicle traffic, and “regular punishment from the river itself.

“Because of the way these bridges were built and the constant flow of water underneath them, they take a beating on a regular basis,” Keashen said. Construction manager Joe Ragusa of the Haddonfield-based Remington and Vernick, which is overseeing the repairs, said the steel girders that underpin both bridges will be cleaned, primed, and painted.

Crews will also make spot repairs and remove deteriorated materials, “which is why you can’t have traffic on the bridge,” Ragusa said.

The New Jersey Department of Transportation Local Bridge Future Needs Fund fueled the repairs to the tune of $1 million for both projects. Construction work will occur during 7 a.m. to 4 p.m. daily; the project is expected to take at least one month to complete.

Neighbors with any issues or questions during the course of the work may contact Ragusa by email or by calling 609-828-3222. To report any concerns along Camden County roadways, call the Camden County Department of Public Works at 856-566-2980 or use this online form.