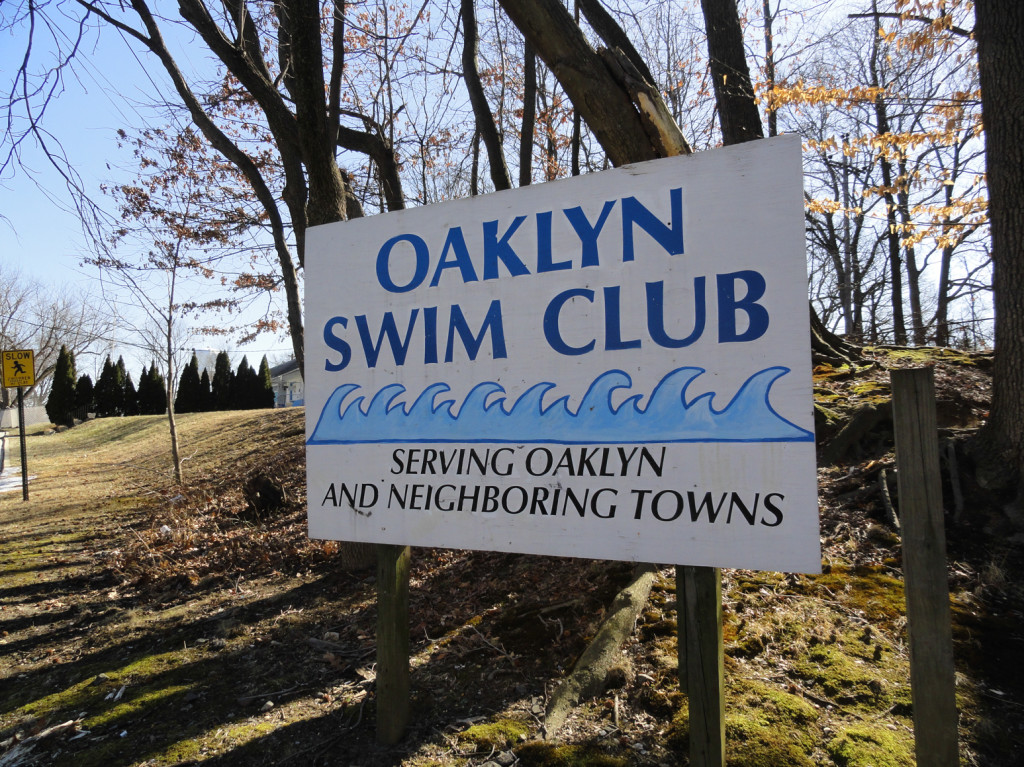 It’s a lot less than the $1.5-million rough estimate with which the local government had been working, said Oaklyn Mayor Robert Forbes, but even at $243,302, the price to renovate the Oaklyn Swim Club pool is still a far cry from happening any time soon.

The bid presented by Aqua One Services of Swedesboro quotes prices for the draining, sandblasting, and re-surfacing of the existing pools and diving wells, updating of the filtration equipment, deck equipment, lighting, and landscaping.

However, Forbes said, it doesn’t account for some of the costlier elements of repair associated with bringing the project online.

Those include the relocation of a sewer pipe and the renovation of a snack stand with a heaving floor and sagging walls.

“There’s a lot of missing parts,” Forbes said. “Okay, we have a pool. Where’s the business plan for how to run the pool? We want to make sure we have the right plan.”

Forbes cautioned that for a borough that saw its 2015 municipal budget jump two cents per $100 of assessed value just by adding in a $60,000, used trash truck, the proposed costs of renovating the shuttered, club-owned pool would have a significant tax impact, whether through bonding or capital budgeting.

“I’m for it,” Forbes said. “I really would like to get a pool back in town, but I have to think about the long-term implications. What is the entire use of that property beyond the two-and-a-half months of pool season?”

A long-term vision for the pool could involve its incorporation as part of a larger community facility that would possibly integrate the municipal library and available land between its grounds and the pool. 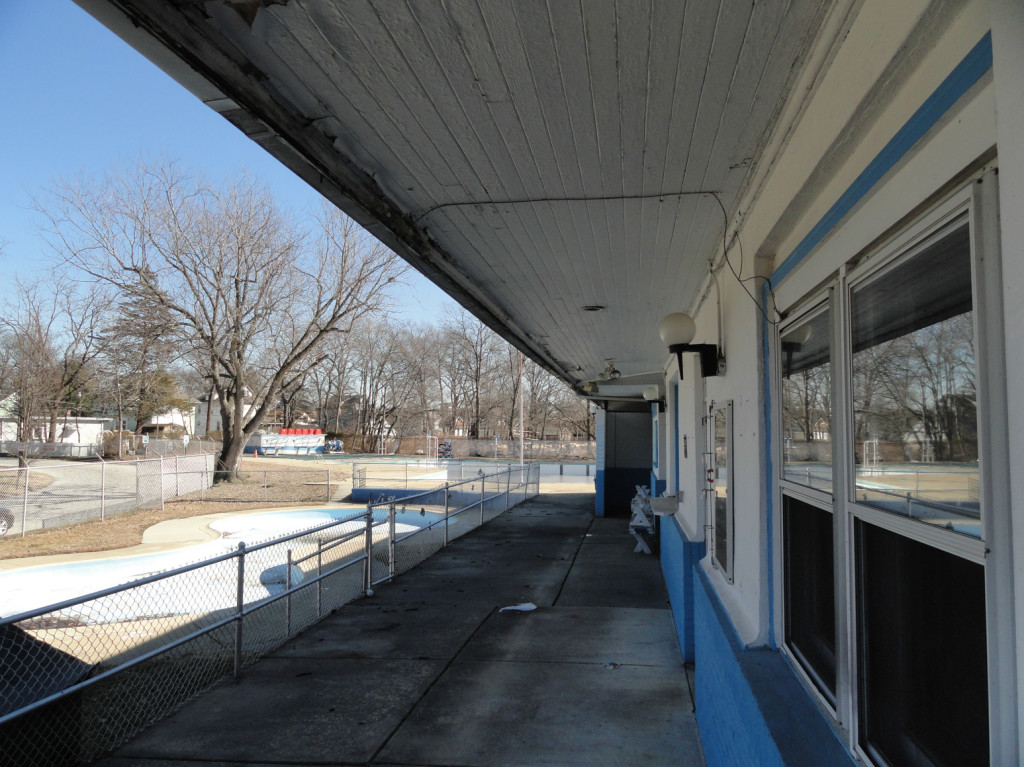 “Now we’re able to have a center where seniors can come out,” Forbes said. “Maybe we can have a youth center where OMAYSC meets.

“We have land we could acquire behind the lumberyard and do the right thing; it’s just how much could the taxpayers be burdened by this.

“The more you can bring to a facility, the more economical it becomes,” he said. “We don’t have that kind of money right now, [but]we’re a lot closer to determining what is feasible.”

Bill Bartleson of Aqua One Services, who presented the bid at the Oaklyn municipal caucus meeting in April, said that the condition of the borough is “typical of the neighborhood pools that were built in the early-to-mid-60’s” in South Jersey.

“Unfortunately, what happens over the years is that you have a vicious cycle where the facilities start to degrade, and the membership starts to drop and you don’t have the funds to keep up the facility, and the next thing you know, you’re out of business,” Bartleson said.

“In my mind, it’s either you spend the money to refurbish and rehabilitate the facility or you might as well just abandon the facility, because you’re not going to get members and patrons,” he said.

Bartleson said that the bid his company prepared “pretty much will bring that pool into the 21st century,” with equipment designed to meet the model aquatic health code, an emerging federal standard from the Centers for Disease Control designed to prevent “recreational water illnesses.”

Beyond the considerations of public hygiene, Bartleson said that a community pool appeals to residents at both ends of the age spectrum.

Seniors would be among the most frequent users of the facility, he said, and amenities for children, including mushrooms, buckets, slides, and diving wells are “what really brings in families.”

“Nothing’s 100-percent guaranteed, but in my experience, if you build it, they will come,” Bartleson said. “The goal is to make that facility self-sufficient. It is a challenge, but I don’t think it’s an insurmountable challenge.”

Bartleson added that Deborah Bartleson, his wife and president of Aqua One Services, is working with borough residents to try to secure some grants that would help offset the cost of bringing the swim club back into operation. A former Oaklyn resident, Deborah “spent a lot of great summers there, and still has a lot of fond memories of that swim club,” he said. 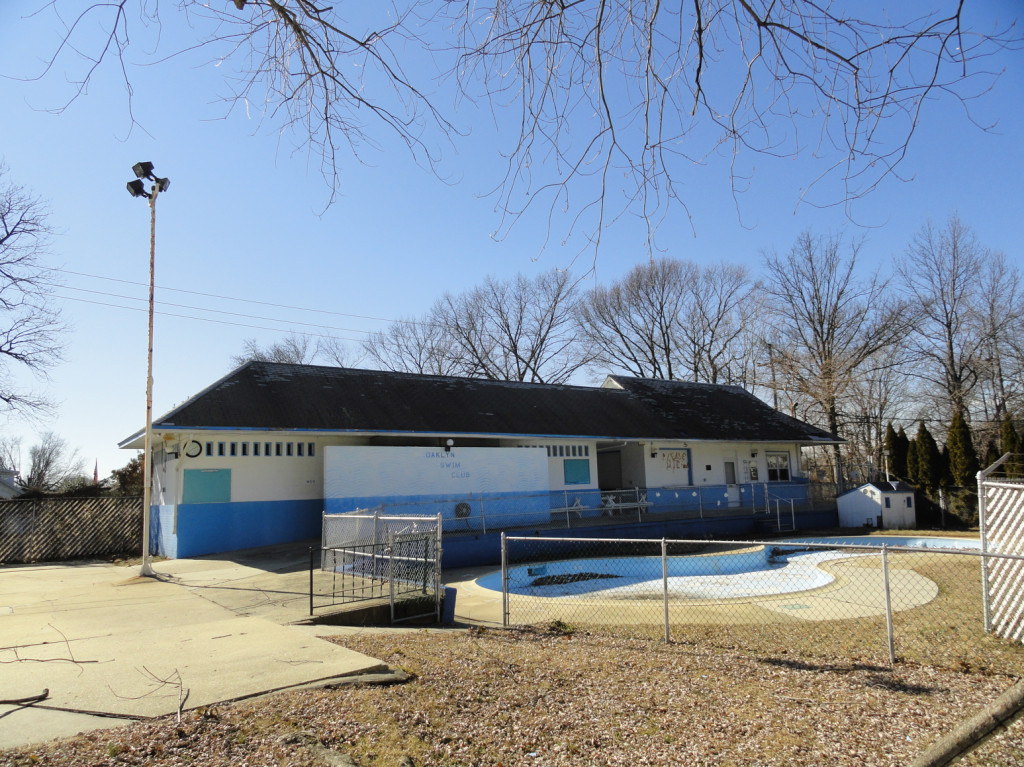 ‘If you build it, they will come’

Oaklyn resident Nancy MacGregor, the engine behind a community group working to restore the swim club, said her goal remains to see the facility brought up to code and opened as soon as possible.

MacGregor seconded Bartleson’s if-you-build-it-they-will-come outlook, and suggested that even without a renovated snack facility, temporary solutions like a food truck could fit the bill in the meantime.

She also believes an Oaklyn pool could draw members from surrounding towns, including Audubon and Haddon Heights, which do not have public pools.

“Once we create revenue, the larger, more aesthetic improvements can be made, and we can build from there,” she said.

MacGregor acknowledged that the largest obstacle to bringing the facility online is, of course, the question of how to pay for its renovation. A functioning aquatic facility is a community amenity that she believes can help recruit new residents to meet those concerns.

“No matter what the reason is, people are understandably resistant to higher taxes,” MacGregor said. “However, we need to draw more people to Oaklyn in order to broaden our tax base, and the pool is definitely a draw.”

Ultimately, MacGregor noted, the borough will have to address the space, whether to renovate or demolish it, and she thinks it’s worth the investment to save.

“It would be irresponsible to our residents to let it continue to deteriorate,” she said. “The pool has good bones and an important historical role in Oaklyn. Investing in it is wise and logical. Other transformation of the land could be even more costly and less predictably successful.”