The program, which took effect in July, allocates $75 million annually for film and TV projects and $10 million for digital media projects. Supporters say it will add predictability to an industry the state needs.

Members of the area entertainment industry gathered in The Pop Shop of Collingswood for a discussion on the New Jersey film and digital media jobs act. Credit: Matt Skoufalos.

When Matthew Quick wrote Silver Linings Playbook in his Collingswood apartment, he dotted its narrative with familiar Camden County locations, from his hometown of Oaklyn to the Crystal Lake Diner.

But when it came to filming the movie adapted from his work, crews took their business across the river to the Philadelphia suburbs of Ridley Park, Lansdowne, and Upper Darby.

The Oscar-winner was shot for just $21 million over the course of 33 days, and in the absence of any strong financial incentives to do the work in South Jersey, where the story was set, producers forsook Camden County for Delaware County.

At the time, New Jersey offered a 20-percent tax incentive for such projects, but capped disbursements at $10 million annually, NJ.com wrote in 2014. The program doled out more than $70 million from 2006 to 2015, but was allowed to sunset under the Christie administration.

The loss of that financial incentive has since driven production crews out of the state, taking dollars that would have been spent in New Jersey with them, said Assembly Majority Leader Louis Greenwald (D, NJ-06).

“Much of that was money we had in New Jersey, and lost almost overnight,” Greenwald said. “We were giving away business, jobs, revenue, and an opportunity to promote the beauty of this state.”

This summer, however, Gov. Phil Murphy signed the Greenwald-backed Garden State Film and Media Jobs Act, which offers a 30-percent tax incentive for film and television projects with a minimum $1-million budget, or which spend 60 percent of their budget in New Jersey. 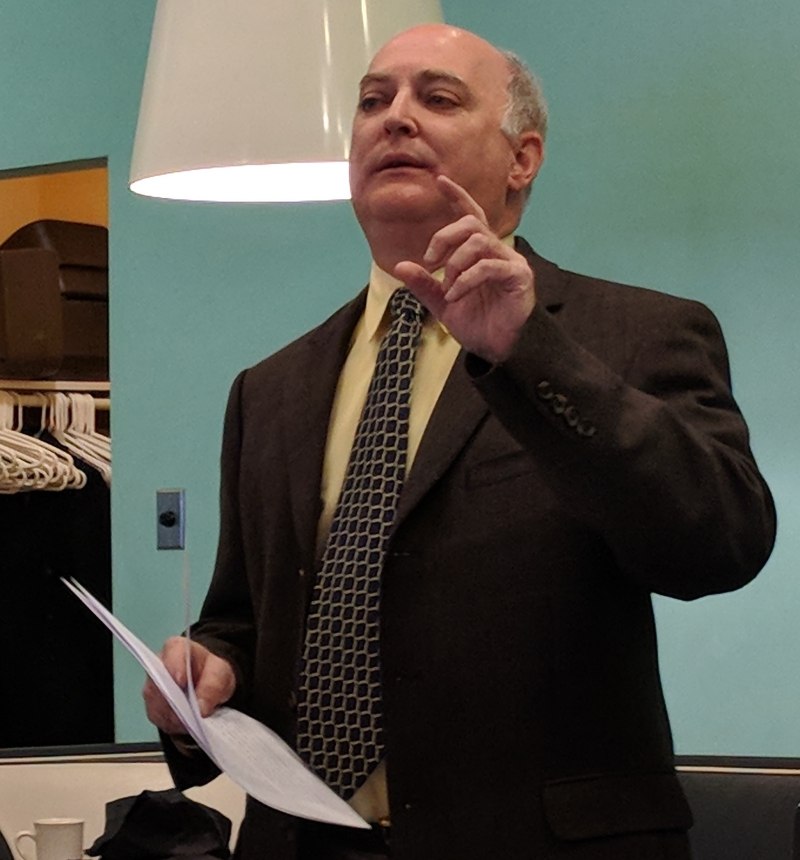 “We are trying to rebuild something that was a very successful model in the past,” Greenwald said last week in a summit announcing the availability of the first funding applications from the New Jersey Economic Development Authority (EDA).

Only “very low-budget products,” such as commercials or reality television, have been shot here” since, Gorelick said.

But after the funds were re-authorized in July, big-budget shoots like Joaquin Phoenix’s The Joker began filming in Newark and Jersey City.

“They closed down Market Street from Broad to Washington, and transformed it into their idea of Gotham, which is basically Times Square in the 1970s,” Gorelick said. “That’s been a great project for us.”

The diversity of locations within the state makes New Jersey well suited to telling a variety of stories, Gorelick said. Its geography, which traverses mountainous, shoreline, rural, urban, and historic settings allows crews “to get to these different types of looks” within hours of one another.

“We do a whole lot of movies that are cross-country movies, but they shoot a lot of it in New Jersey,” he said. 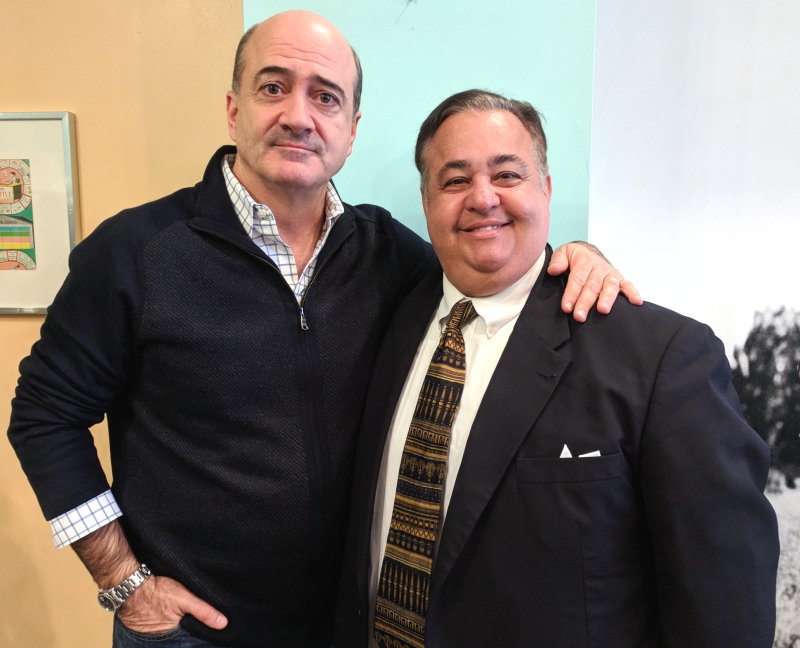 Teaneck native Matt Servitto, who famously portrayed FBI agent Dwight Harris in The Sopranos, said New Jersey deserves the opportunity to tell its own stories, and that financial incentives will help.

“If you shoot movies and TV in New Jersey, people will realize it is New Jersey,” Servitto said.

“There are whole groups of people who come to this state just to see the locations we shot [The Sopranos] in.

“This is a jobs bill and a tourism bill,” he said.

Although the bill opens a five-year window for courting new projects, New Jersey’s film industry won’t be rebuilt overnight. Production crews require the reliability of a long-term commitment to such cost reductions before they’ll put down permanent roots in the state, Servitto said.

“It takes sometimes years to develop a show,” he said. “[Producers] want to know that those tax incentives are going to be there. Once those jobs are established, they will not leave.”

Gorelick said the financial predictability of a long-term tax incentive “will fuel the development of permanent studios here. 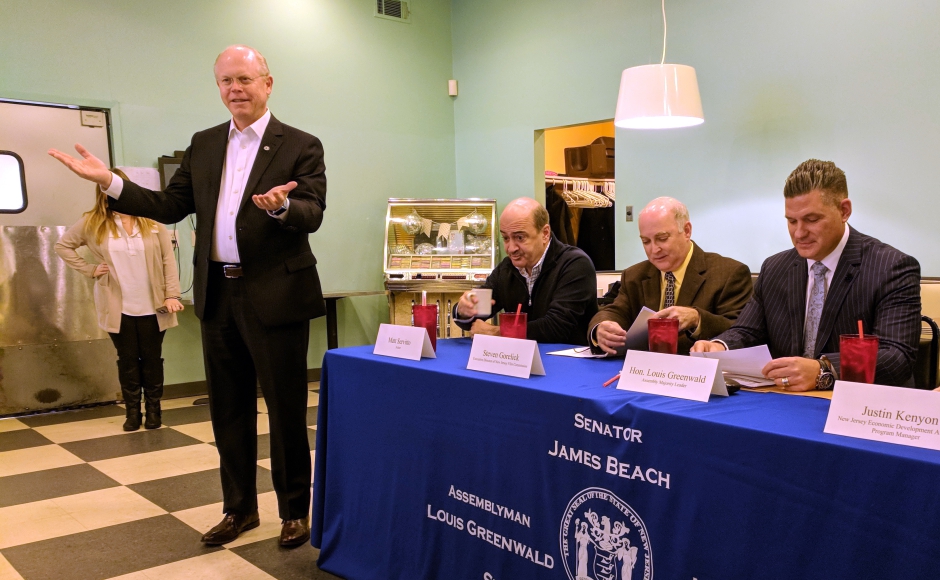 “That’s building the infrastructure in this state that will ensure us permanent, healthy, long-term production for years,” Gorelick said.

Entertainment work is “usually very minimal in Philadelphia,” especially given that Pennsylvania caps its film tax credits, Pacheco said. He recently worked for six days on Creed II, filmed partly in Philadelphia, where “only diehards like M. Night Shyamalan come.

“It’s all New York City,” Pacheco said. “The other day, I went [on an audition]for a show about an Egyptian family that lives in New Jersey. They were shooting in Queens.

“Bradley Cooper wanted to shoot American Hustle here; it’s based in Camden,” Pacheco said. “They couldn’t get any tax credit, so they went out to Boston.”

Beyond the direct impact of making a film or TV show itself, those incentives can “develop a professional infrastructure” that supports the entertainment industry and includes a variety of niche businesses, said Stephen Leshinski, local executive director of the Philadelphia SAG-AFTRA union.

He’s hopeful that lawmakers will recognize the value of that “multiplier effect” when the five-year program is up for reauthorization.

“All the circles around that production—the performers, the technicians, the cameras, the lights, security, accounting, the wardrobes, the food, the local businesses—this is so impactful,” Leshinski said.