Trending
You are at:Home»Arts»Collingswood Author Covers Distance of Years in ‘Running: a Love Story’

For her third book, Collingswood writer Jen A. Miller mines personal history for an unsparing look at past loves and past selves. 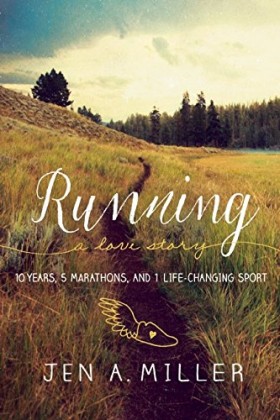 In revisiting the decade’s worth of flawed relationships described in Running: a Love Story, just about the only details Jen A. Miller obscures are the names of her partners.

“Jason,” the genteel workaholic who emanated keeper appeal, but took an out-of-state job and never sent for her.

“Nick,” the emotionally tone-deaf divorcee who was prepared to drop $15,000 on an engagement ring but not to pick up his own dry cleaning.

None of them reads as particularly loving, and neither does Miller’s relationship with the titular experience of running itself. Races are pain-fueled, bathroom-break-inducing, nervous affairs that can disappoint, injure, and even kill. Training is an emotional yardstick punctuated by assaults from strangers that run the gamut from catcalls to outright groping.

Running is a bone-jarring thing that deadens the butt, grinds down shoes, and insists that measurements constantly be taken. As a metaphor for love, it’s dimly cast as a punishing and compulsive routine, the rewards of which are occasionally sublime but mostly fleeting.

The figure who stands out as the most loving in Miller’s life is her mom. She’s the one person who waits for hours at the end of every race in every kind of weather, promising comfort and revival and an unconditional reception of her grief. She’s there in eternal solidarity when every man eventually disappoints. She even sets a good example as a functioning divorced parent. In many ways, she’s the benchmark for Miller’s emergence as a woman.

When Miller sits down to talk about the book ahead of its launch, it’s her mother’s old high-school jacket she’s wearing, the name “Mary Jo” stitched in loopy red cursive on the breast.

“My mom graduated high school not just the year but the month Title IX was enacted,” Miller said, “and no women ran in her high school.”

That was 1972. Today, more women run than do men, Miller said, accounting for 57 percent of all race finishers in the United States.

“I feel like I benefit from a lot of what they’ve done,” she said.

That many women have had to make strides to claim those spaces across the country is something of which Miller is acutely aware. Her own upbringing put her on a “treadmill of tradition,” upon which she feared the press of expectations she couldn’t outrun (i.e., marry young and have lots of babies, as her mother did). However, Miller also inherited the pluck of female ancestors who had rejected those notions long before conversations about gender equality were had publicly.

“My paternal great-grandmother was widowed young and had to work; my grandmother, her daughter, chose to work,” Miller said. “The other side of my family was a very traditional, Italian-Catholic family where women didn’t do that.”

The bait-and-switch of those conflicting impulses set up Miller to nurture her breadwinning and homemaking instincts while simultaneously searching for a partner to deliver some elusive sense of completeness she was presumably lacking. In the ten years that the book spans, she’s left to wonder why that connection is so vividly missed despite the achievements that start to stack up like finisher’s medals (property ownership, travel abroad, a successful professional career).

Perhaps, she said, it’s because women are still reminded of the weight of that gender dynamic, even amid those moments where running is supposed to be providing the euphoric and esoteric endorphin calm earned by exertion.

“While I was writing the book, I ran into a very well-meaning, great guy, and told him I was thinking of selling my house and moving,” Miller said. “He said, ‘Why don’t you wait until you meet somebody to buy your next house?’ I bought my house when I was 26. If I had waited, I would never have owned property.” 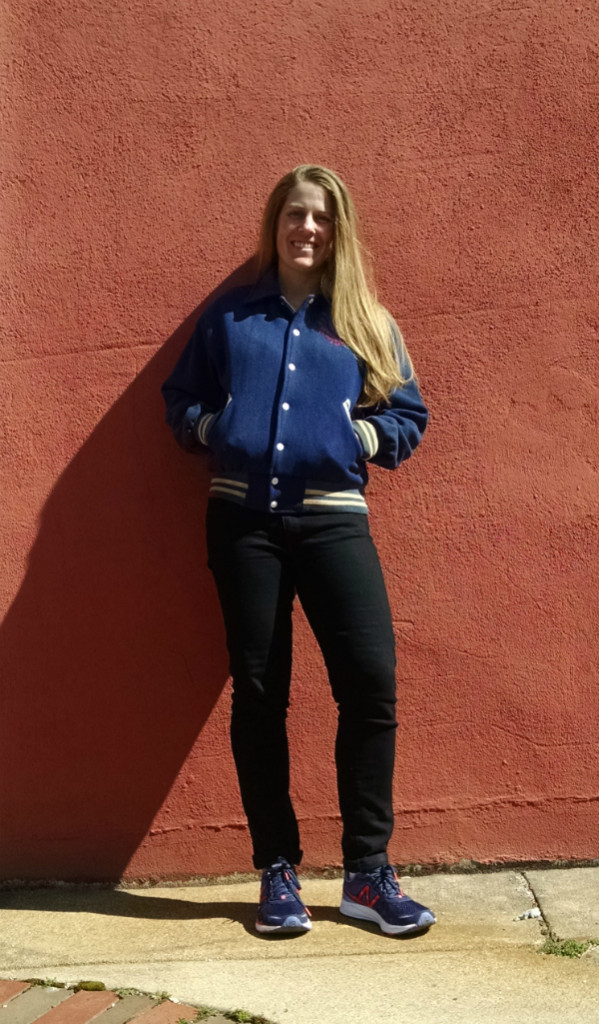 That’s the subtler of the messages that Miller gets as a woman runner. Less kindly are the reminders that running unescorted is still something that women pay a price to do. The independence of the act has magnified the nature and frequency of harassment that women runners face, even as more of them enter the sport.

“A woman gets attacked in Wissahickon, and the media asks, ‘Why was she running by herself?’,” Miller said. “Why don’t we ask, ‘Why don’t men not attack women?’”

Even writing about the bad behavior only inspires more of it, Miller said, whether in crude comments on her stories or “disgusting e-mails” from men who really take the time to hammer home their opinions. She said her social media role model is U.S. Senator Cory Booker, who addresses his detractors “always from a kind heart and a nice place.”

Miller’s strongest critical voice will always be her internal one, however. She said the memoir reflects a time in her life from which she’s since moved on, despite its raw-nerve juxtaposition of her romantic experiences with the Sandy-ravaged Jersey shore communities through which she marathoned in 2013.

Today she’s training for her sixth 26.2-miler. She has a fiercely private boyfriend, and an audience that has followed her through years of newspaper and magazine columns. And she doesn’t anticipate that her next book will be a memoir.

“The time period of this book ended three years ago, so a lot in my life has happened since,” Miller said. “My grandmother read it and called me and said, ‘Are you okay now?’

“People are messy, and I’m a mess,” she said. “They see one person doing this stuff and it’s the tip of the iceberg sticking up out of the water. [But] I like my life. It’s what works for me.”