No new fatalities related to the virus were announced Friday, as county officials urged residents to remain vigilant. 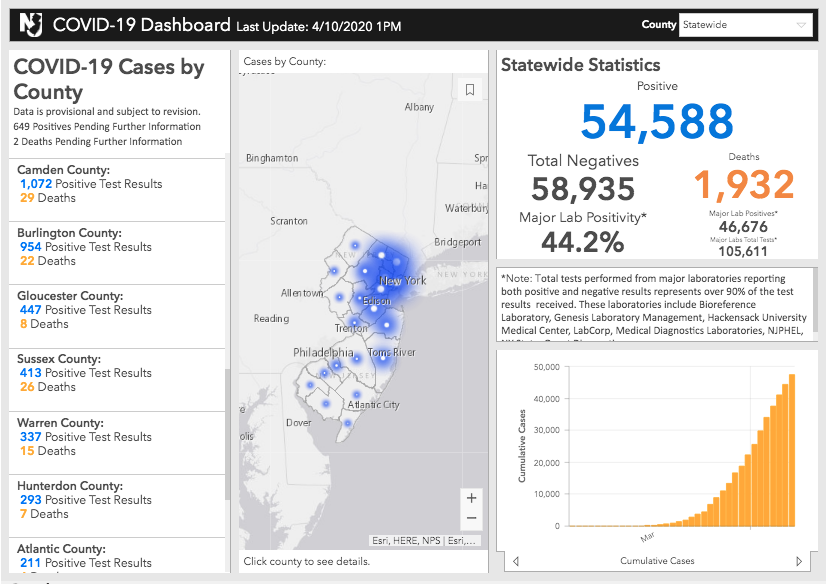 Locally, 1,092 residents have been confirmed to have COVID-18, and 29 others have died from complications related to the virus.

Furthermore, 233 more New Jerseyans lost their lives due to complications from COVID-19, for a total of 1,932 residents statewide.

“Growth in total cases has stayed relatively consistent, hospitalizations among those cases are down, and the vast majority of individuals who have been confirmed to have coronavirus in Camden County have recovered or are recovering,” said Camden County Freeholder Director Lou Cappelli in a statement.

“We cannot lose sight of the fact that we remain in the early phases of what will be a prolonged battle,” Cappelli said.

“We want to thank our residents for their empathy towards one another, their desire to serve those in need, and their continued commitment to all measures intended to flatten the curve.”

The newly confirmed local patients are:

The Camden County Health Department is facilitating trace investigations with patients on an ongoing basis.