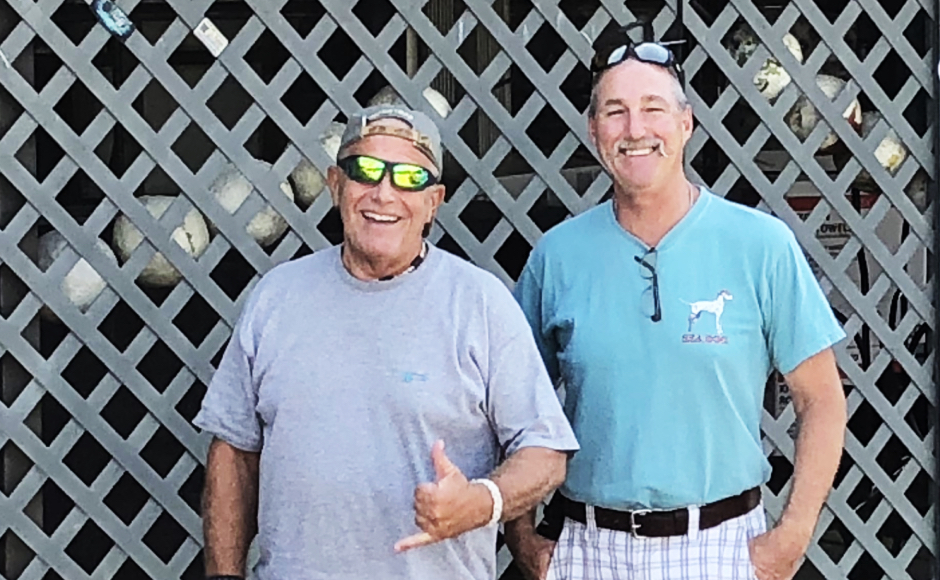 John Dell’Aquilo was born into a family of firefighters in Brooklyn, New York.

When the family relocated to Cherry Hill in the mid-1960s, his father joined Deer Park, the local volunteer fire department, and as soon as John turned 18, so did he.

“All my neighbors were volunteer firefighters,” Dell’Aquilo said.

“It was a thing to go to the firehouse with my father.”

About two years after Dell’Aquilo signed on, 17-year-old Kevin Kenniff joined the company. Close in age, the two became friendly.

Although Dell’Aquilo remained a Deer Park volunteer for decades, by the time he was 20 or so, he’d begun a career in law enforcement; Kenniff, in turn, became a career firefighter. However, the camaraderie the two shared through Deer Park had a lasting effect on them both.

“Being a volunteer turned into a nice little family deal; a brotherhood,” Kenniff said. “Back then, we would do barbecues in the firehouse, go to baseball games; it was our network.”

As their careers wore on, Dell’Aquilo eventually earned a law degree and became an attorney as well as a police officer. The workload led him to relinquish his volunteer firefighter duties along the way, but he and Kenniff continued to encounter each other in the course of their respective jobs, and always kept up socially.

“For many, many years, I saw Kevin every day,” Dell’Aquilo said. “Through the years, we have always been friends; we always stayed in contact.”

When both men retired from their full-time jobs in public safety, they also, coincidentally, relocated nearby one another in Southwest Florida, and occasionally would catch up in person. Last winter, when the two were having lunch together, Dell’Aquilo confided in Kenniff that he was on a waiting list for a kidney transplant. 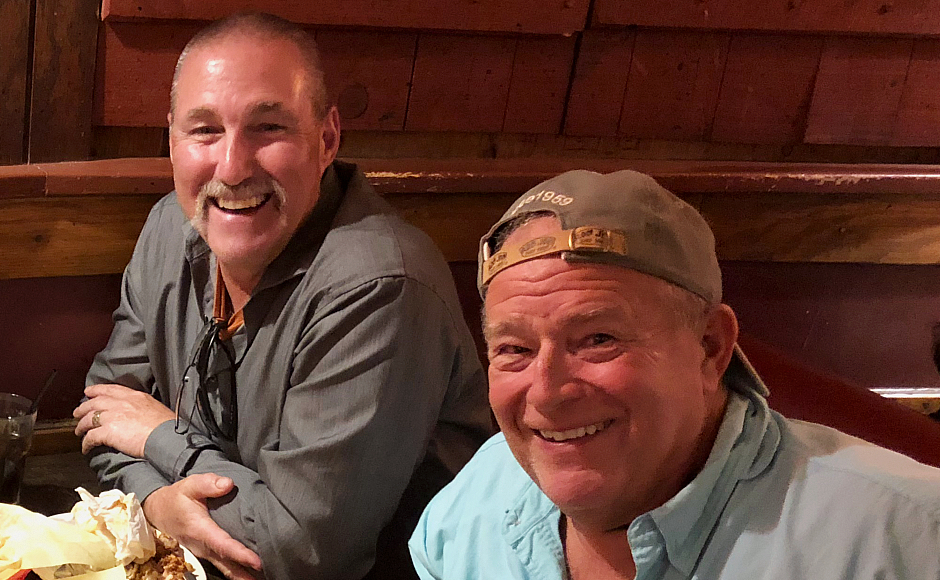 Dell’Aquilo’s kidneys had been in decline since 1994, the byproduct of an autoimmune condition that attacked his renal system.

For years, he’d led a healthy, normal life, but in 2020, the deterioration had begun to catch up with him.

“I’d known for 20-some-odd years that he’s had kidney disease, and he’s been sick,” Kenniff said.

“When he said he’s putting in for the transplant, I said, ‘Send me the paperwork.’”

Four months after having undergone “one of the most elaborate physicals I have ever gotten in my life,” Kenniff got a call from the transplant coordinator at Thomas Jefferson University Hospital, who asked him, “When would you like to schedule the surgery?”

It turned out that Kenniff was an excellent match for the donation—better, even, than Dell’Aquilo’s daughter, who also cleared the evaluation process.

“I called [Dell’Aquilo]  up,” Kenniff said. “I said, ‘We’ve got to talk. We have to make the decision: do you really want my kidney?’”

Further complicating that decision was the worry that some of Kenniff’s family members, who also have kidney issues, might need the organ as well. But after running some tests and giving it some thought, both men decided to go through with the procedure. Even after 45 years of friendship, the gesture moved Dell’Aquilo to tears.

“Kevin goes out of his way to help people,” Dell’Aquilo said.

To Kenniff, becoming a living organ donor was effectively an extension of his career as a firefighter. He’d seen public requests for organ donations in the first responder community, and observed the hand-wringing that often accompanied them. “Everyone sits back and says, ‘That’s a shame; someone ought to do something,’” Kenniff said. “And they don’t realize they actually could.

“You give what the person needs at the time,” Kenniff said.

“It’s like, rather than leave your kids money when you’re gone, give it to them when you’re alive, so you can see them enjoy it,” he said.

“You don’t have to be dead to give up an organ.”

On July 13, Jefferson transplant teams removed one of Kenniff’s kidneys, and gave it to Dell’Aquilo.

The surgery has been a success, albeit life-changing for both men. Dell’Aquilo takes daily maintenance medications; Kenniff, who had been an endurance runner prior to the transplant, is still regaining his stamina. Both have refined their diets significantly to become more plant-based; each is on a 12-to-18-month timeline to full recovery.

To Dell’Aquilo, the opportunity to tell their story isn’t just a celebration of the generosity of his lifelong friend. It also raises awareness of the critical aid that a living organ or tissue donor provides those in need, their families and loved ones, and those who rely upon them.

“Things have changed in the fire and police services since we retired,” Dell’Aquilo said. “Some of the younger people need to know the brotherhood that was formed many years ago, what it means.

“What he did for me, there’s no upside for Kevin,” Dell’Aquilo said. “I rarely talk about it without tearing up. I can never put into words what it means to me, and what he’s done for me. It’s an incredible thing, and I think people need to know about it.”

“You stand up there, you raise your hand, you take the oath that you’ll have your brother’s back,” Kenniff said. “Just because I’m retired, I didn’t give up that oath.

“The officers who were my mentors way back when I was a teenager showed me that we stay together, thick or thin, and we have each other’s back,” Kenniff said.

“Just being retired doesn’t make that go away,” he said. “He’s my brother, and I’m here to protect him.”