The nonprofit New Jersey Policy Perspective estimates that 74,000 Camden County residents would lose health coverage. The county would lose $315M in federal funding, 6,400 jobs, and could cause 57 deaths. 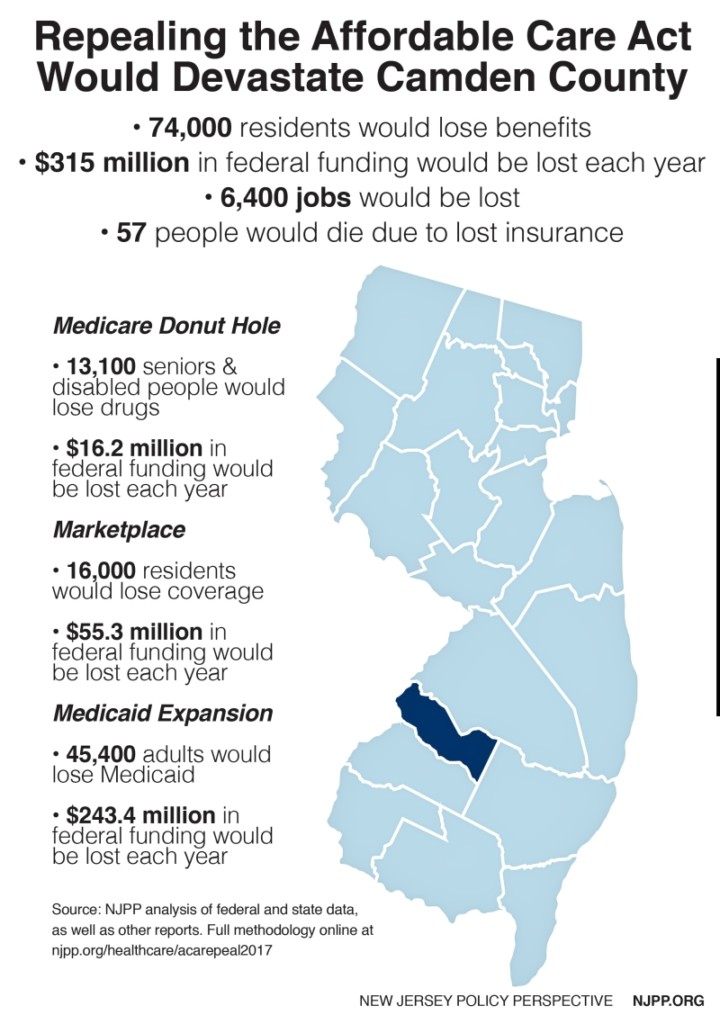 Repeal of the Affordable Care Act (ACA) could cost 74,000 Camden County residents their health benefits—and 57 of them their lives—while eliminating an estimated 6,400 jobs and $315 million in federal funding.

That’s according to new data published today by the Trenton-based, nonprofit New Jersey Policy Perspective (NJPP), which estimates that nearly 800 residents will die for want of health coverage they had enjoyed under provisions of the ACA and the subsequent expansion of Medicare state aid that followed.

“The fight to save the ACA is the political fight of our generation,” said NJPP Vice-President Jon Whiten.

“Thousands of New Jerseyans across the state are saying loud and clear to Republicans, ‘Don’t do it.’ Let’s hope our reluctant congressmen start to listen.”

Although “nearly everyone in Jersey benefits from the ACA, mostly because of the consumer protections in the bill,” NJPP Senior Policy Analyst Ray Castro said about 11 percent of the population would lose “important direct benefits.”

“Localities would have to cope with loss of services while demand for them increases,” Castro said.

Statewide, Castro calculated that ACA repeal would result in the loss of $4 billion annually in federal and local funding, costing an estimated 86,000 jobs, and causing almost 800 deaths due to lack of insurance over a 12-year period.

The ACA also extended the solvency of Medicaid by about 12 years and closed “the Medicare donut hole,” the out-of-pocket costs for pharmaceuticals, for some 211,000 seniors statewide, Castro said. Repealing the bill could increase their annual costs by as much as $1,241. 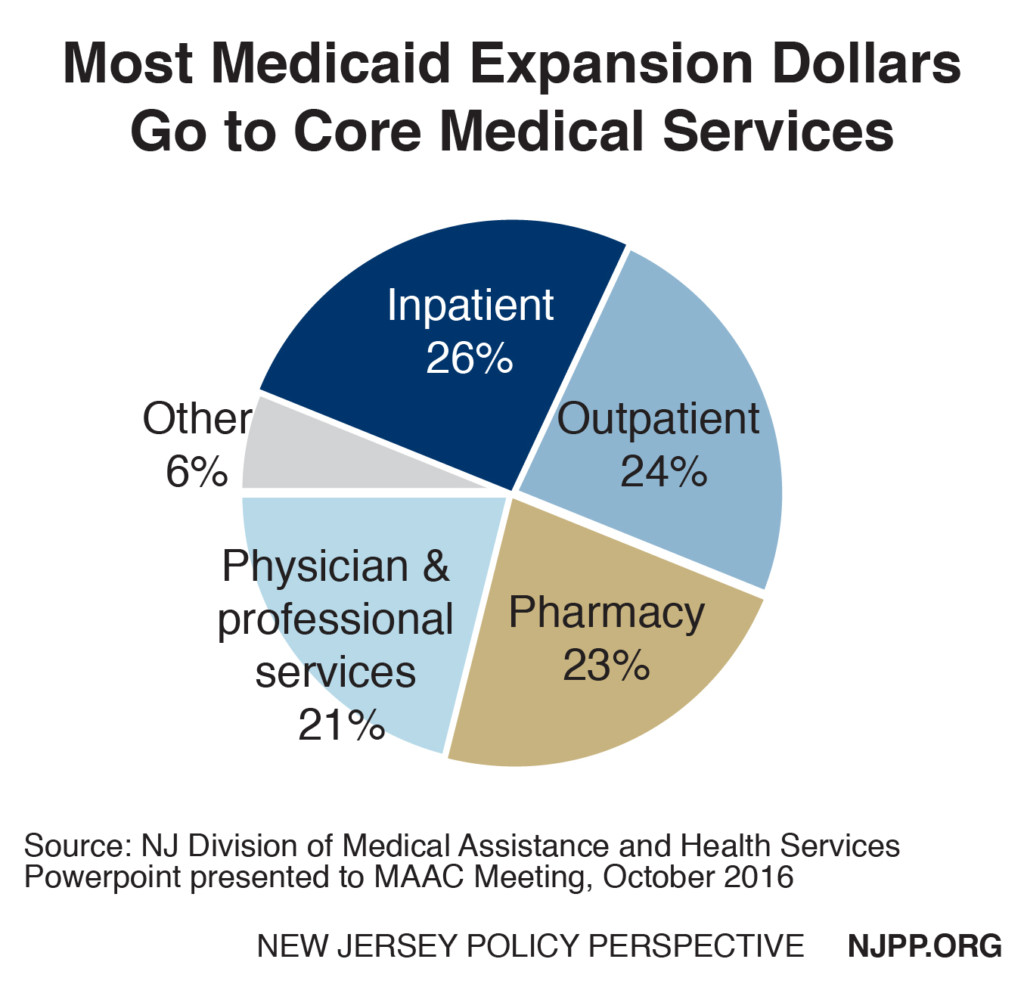 “If they eliminate this, that donut hole will come back again,” he said.

“Some [seniors] will go to the state and apply for assistance. It’s also an issue of whether the state could afford to put that money in.”

Medicaid expansion participation increased another 12,000 during the last enrollment period; 300,000 New Jerseyans are participating in the marketplace.

Castro also described the rippling economic effect that the loss of the ACA would have throughout the state and country.

In Camden County, the healthcare business has contributed to an uptick in development around the construction of walk-in clinics and hospital infrastructure. Camden City itself, which has tied its renaissance to the growing eds-and-meds model, would lose direct jobs while feeling the indirect impact of that drop-off as well.

“Individuals would not be getting care, so there might be fewer doctors or nurses, or any other staff,” Castro said. “[But] most of the jobs lost are in non-health jobs because a lot of these services, the dollars spent on them ripple throughout the economy.

“Healthcare was one of the few areas that was expanding during the recession,” he said. “It’s about 18 percent of our state’s entire economy.”

Peter Kaprielyan, Vice President, Government and External Relations at Inspira Health Network pointed out that hospitals have already made concessions to be able to help fund the ACA, including price reductions of about $40 million over 10 years at Inspira.

At the most basic level, ACA repeal means that patients would lose access to primary and specialty physicians, thereby funneling them to the emergency room, which is a far less efficient delivery model of care.

Perhaps most importantly, none of the currently proposed alternatives to the ACA would maintain the current level of coverage and benefits it offers, said Maura Collinsgru, Health Care Program Director for the nonprofit New Jersey Citizen Action.

“There is no fix that maintains the level of coverage and benefits that we now have here in New Jersey or across the nation under any of the proposals that are currently being floated,” Collinsgru said.

“There is no historical data that points to block grants resolving and maintaining the same level of coverage and benefits. For New Jersey, that has been critically important for expanding access to substance abuse disorder and mental health benefits.”