Some $300 million in grants is underutilized, experts said at the Tri-County Energy Efficiency Summit. The program is critical to communities cutting energy consumption and emissions. 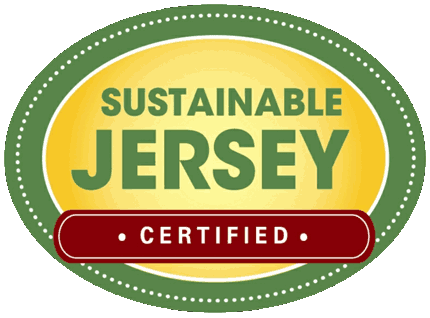 If New Jersey is to curb its greenhouse gas emissions and energy spending, communities must identify their sustainability champions at every level of the residential, business, educational, and governmental sectors.

That’s according to speakers at the TriCounty Sustainability Alliance & Sustainable Jersey Energy Efficiency Summit, held in Haddonfield in late January.

Organizers rallied community green teams from throughout South Jersey at Haddonfield Borough Hall, hoping to spread the word about access to an underutilized pool of resources—the $300-million Clean Energy program—and the urgency to leverage it in addressing energy consumption statewide.

Forum emcee and Green New Jersey Magazine publisher Lara Webb Lipski described energy efficiency as “crucial to our sustainability.” Whatever improvements home and business owners make to improve the energy efficiency of their properties will help save money; importantly, they’ll also reduce environmental stress on the community at large.

But participation in the Clean Energy program, which helps defray the costs of these improvements, is pitifully low, Lipski said, partly because residents aren’t aware of it.

“I think it’s a marketing issue,” she said. “People don’t know about these programs. Events like this put it out there, but people need to investigate.”

Haddonfield Mayor Neal Rochford can relate. When first running for office a decade ago, Rochford said he was approached by forebears of the sustainability movement, and liked what he heard. But when he took out a campaign ad that mentioned sustainability as a plank of his platform, he was approached by supporters who didn’t understand what that meant. 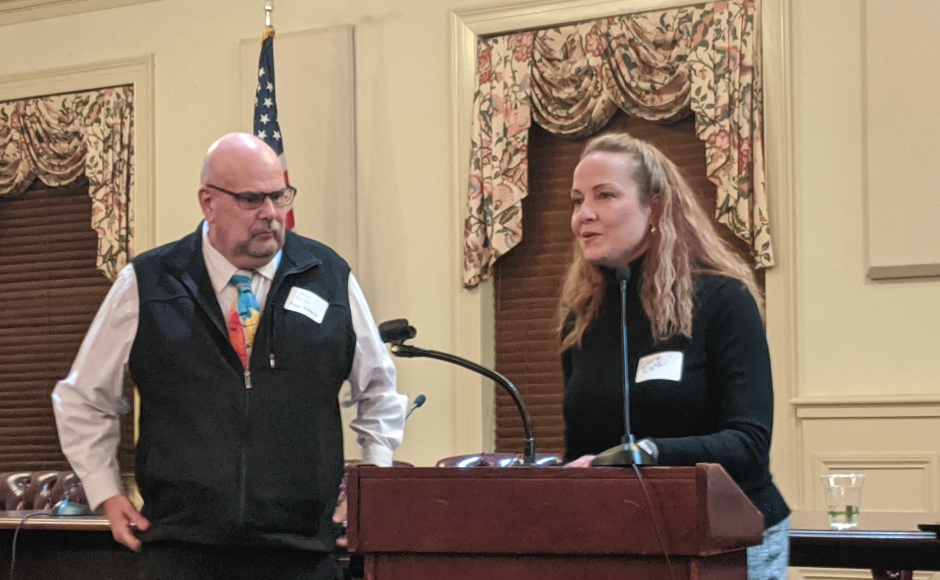 “But it was something that I stuck with,” Rochford said.

“We put together a committee, and started working, and lo and behold, we got our bronze certification in our first year,” he said.

“We’re at double-silver at this point; when you do go for the gold, you’ve got to really up your game.”

Haddonfield has committed to adding solar panels to municipal buildings, Rochford said, and is exploring options to acquire electric car chargers and even a zero-emissions police vehicle.

He praised the “early adopters” in the room for their efforts to advance the cause of sustainability as a statewide priority.

“It’s going to make the planet a better place for our children’s children,” the mayor said.

Zenon Tech-Czarny, Sustainable Jersey Research and Project Specialist, said the biggest improvement that residents can make is reducing their energy consumption, and then improving the efficiency of their homes and the appliances within them.

“We have a climate crisis on our hands, and energy efficiency is by far the best bang for your buck,” Tech-Czarny said. “The first step is really to make your equipment, your homes, as efficient as possible.”

Typical culprits of inefficiency are poor insulation, air leaks, and lighting, which, when addressed, can reduce the amount of energy required to power a home and modulate its temperature. Tech-Czarny praised technologies like heat pumps as helping “de-carbonize buildings,” and called for “better building codes” to address inefficiencies in the design of new construction projects.

“The most sustainable energy is the energy you don’t use,” he said. “Investment in energy efficiency is actually two-to-three times cheaper than investment in traditional power infrastructure. 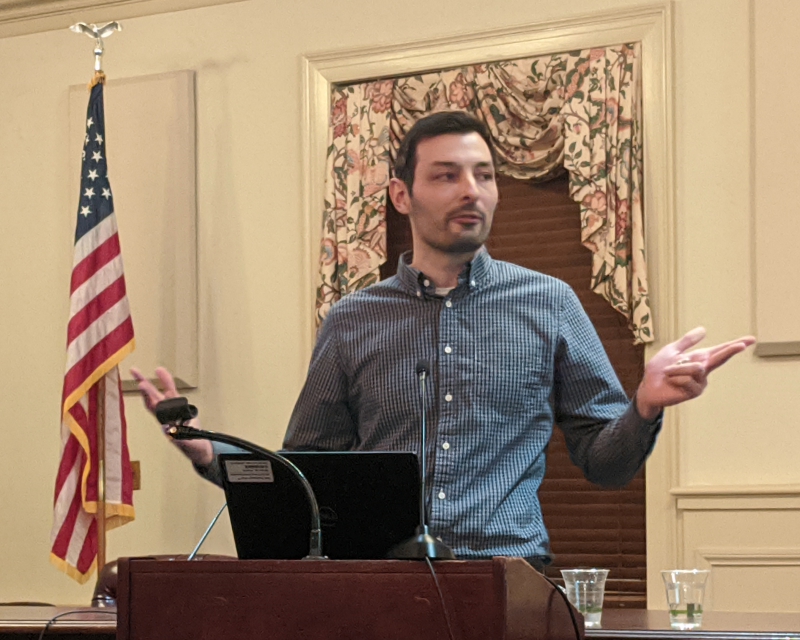 “That’s really the goal: to use as little energy as possible and then have renewables power everything,” Tech-Czarny said.

Beyond the work individual property owners can do to address their energy consumption, communities also must come together to push for greater changes at the local level.

Eighty percent of New Jersey municipalities (453) and half of all school districts (290) participate in the Sustainable Jersey program.

To maximize that participation, more of them need to manage the energy they consume, which requires auditing their buildings, tracking annual energy usage, and benchmarking that data both within the community and over time.

The state Clean Energy program is funded by a portion of taxpayer utility bills, but despite paying out $13 million in monthly incentives and processing some 96,000 applications annually, “most people don’t ever use the program,” said Anthony O’Donnell, outreach account manager at engineering firm TRC Companies of New Brunswick.

“We’re here to give you some money to defray those up-front costs,” O’Donnell said.

Clean Energy-funded improvements have generated efficiencies equivalent to removing the carbon output of 75,000 cars, or from the positive impact of planting about 6 million trees, he said. Unfortunately, despite knocking back greenhouse gas emissions by 354,112 metric tons annually, that’s just one-third of one percent of the estimated 97 million metric tons the state produces annually.

To incentivize infrastructure improvements at the local government level, the Clean Energy program offers a variety of supports beyond its free energy audits. 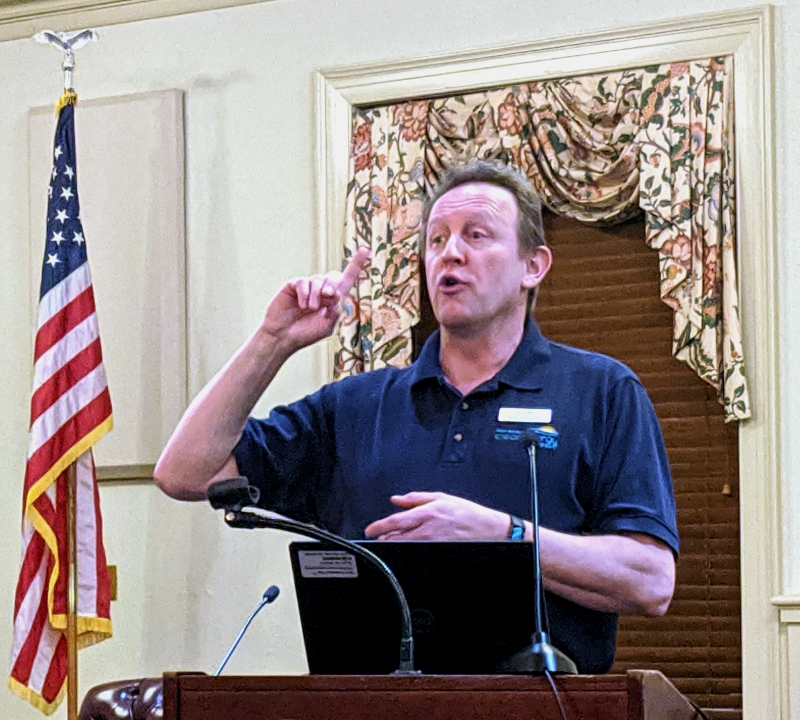 Within a year of building, the Pay for Performance program can cover as much as half the cost of a large or new construction project that would generate a peak of 200 kilowatt-hours.

The Direct Install program pays up to 70 percent of comprehensive improvements for projects that take on wholesale building changes (up to 80 percent in Urban Enterprise Zones), and the SmartStart Buildings program offers rebates that cover 40 to 60 percent of the cost of specific systems to be replaced.

At the residential level, there are clean energy rebates to help defray the costs of replacing inefficient heating and cooling systems, appliance rebates at the point of sale of new equipment, appliance recycling programs for old and inefficient systems, and the Comfort Partners program for low-income residents.

“There are programs like this for all of us,” Mohen said. “[These are]  quality-of-life improvements, not to mention the monthly savings.”

Marcello De Feo of the Haddonfield-based Valente’s Italian Specialties said getting a green certification for his small business was a nearly effortless process. Because of that, he said there should be no excuses as to why other operations can’t pursue a track of sustainability.

“There’s not a lot of effort that it takes to make some sustainable changes to your business and your lifestyle,” De Feo said. “We put in some LED lights. I added a Nest thermostat to our store; when you’re closed, you can put it in eco mode, or turn it off.”

By taking “small steps in a very brief period of time,” the incremental progress that each adjustment makes leads to additional improvements, De Feo said. 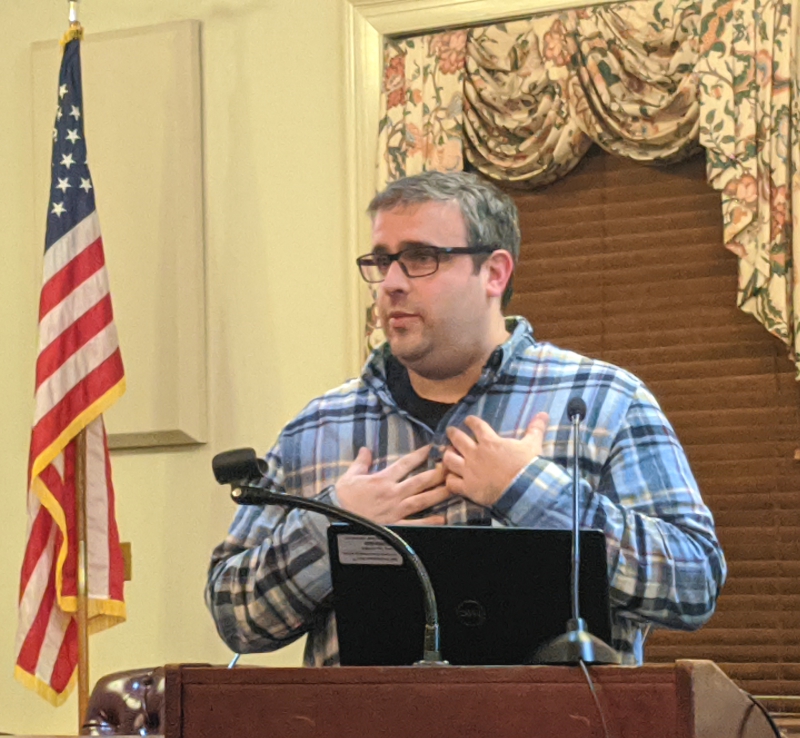 “You’ll see the measurable impact after that that will lead to the next change.

Hap Haven, Residential Outreach Coordinator for South Jersey with the Clean Energy program, said that only 4,000 of the 20,000 new homes built in New Jersey annually are Energy-Star-certified.

Only consumer demand will get construction firms to build energy-efficient homes, which can add $20,000 to $30,000 to the cost, Haven said.

“I need some people who are living in zero-energy homes to come forward to be the heroes of this movement,” he said. “We’re sort of at a stalemate here in terms of residential construction and rehab.”

Haven attributes the shortfall to developers who are gun-shy around additional costs because they’re still recovering from the 2007-2008 recession. Going forward, they only want to “sell to a known market,” which gives them “no incentive” to change their process, he said.

“But in order to meet the governor’s goals, we need some builders, some homeowners to take up the mantle of zero-energy homes,” Haven said. 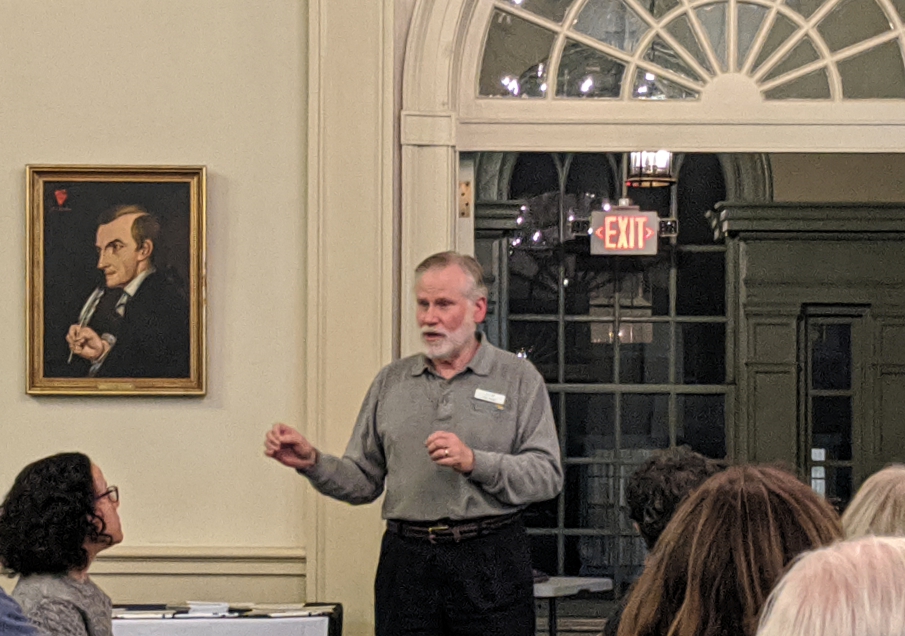 That can be defrayed by the New Jersey Home Performance program, which offers as much as a $4,000 rebate, and access to low-cost lending: zero-percent financing for seven years on a $10,000 loan, or 0.99 percent for nine years on a $15,000 loan.

But once those debts are paid off, a home won’t consume more energy than it generates.

He hopes the opportunity to make up the difference will be enough to springboard more participation in these programs. It will take a block-by-block mentality to move the needle.

“I think everybody knows there’s a crisis, and it doesn’t take you very long to turn on the news and hear about climate change,” Tech-Czarny said.

“There are great incentives, but these are investments that regular people have to make.”