Victims of the Sheffield Road house fire were well-loved by their neighbors, who have raised several thousand dollars to help defray the cost of their daughter’s funeral. 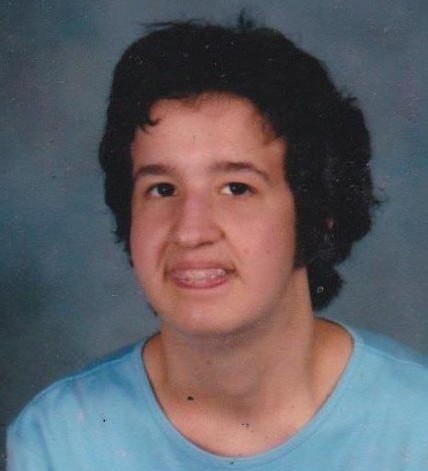 In the wake of a fatal house fire that claimed the life of a 24-year-old Cherry Hill woman, neighbors in the Kingston section of the township are still trying to piece together the events that have upended a close-knit street.

Contractor Bob Arnold of Glassboro was working a few houses down the road from the incident when he heard a woman yelling for her daughter.

“I could hear someone screaming, ‘Jennifer!’” Arnold said. “I thought it was someone late for school.”

At 10 a.m. on a Thursday, there weren’t a lot of neighbors on the quiet block, Arnold recalled. The few who joined in calling out for the girl were panicked. He raced up the street and opened the front door. Thick, black smoke billowed out of the house, and Arnold realized he wasn’t going to be able to do much.

“I couldn’t even explain how bad the fire was,” he said. “There was 12 inches to work with on the floor. No chance of anyone getting in without equipment.”

Another neighbor tried to bring over his ladder to assist in the rescue. Multiple 9-1-1 calls went out to the emergency dispatcher. Although the fire department arrived within minutes, the building was consumed in smoke and flame. 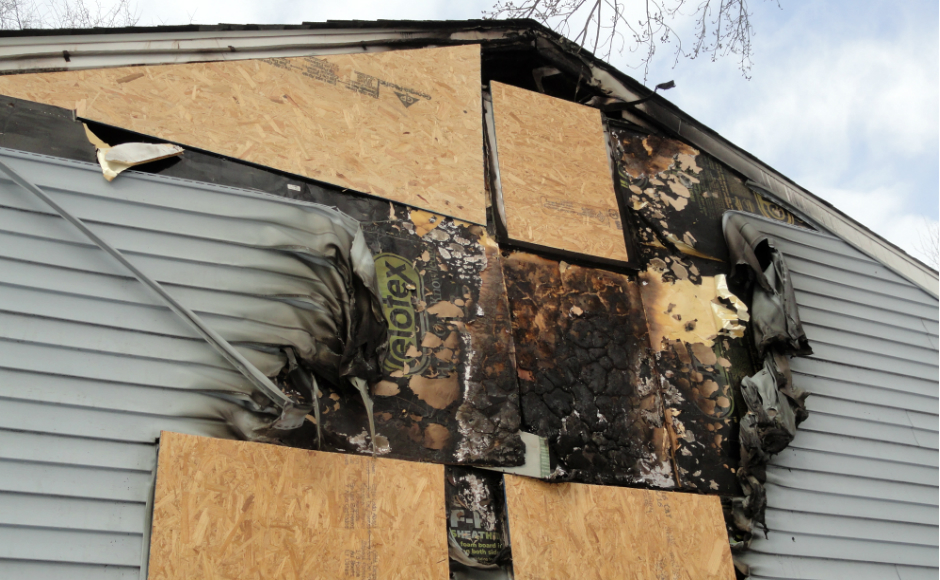 Neighbor Sean Harris described the scene as “a special-effects movie.”

“The house is destroyed,” Harris said. “We didn’t really ever realize how bad it was. By the time they chopped a couple windows out, it was a humongous cloud of black and gray.”

The woman, identified by residents as 25-year-old Jennifer Farino, was evacuated from the building on a gurney, “all covered up with soot,” Harris said. Even after trying to process the events he’d witnessed with other neighbors later that evening, the image was overwhelming.

“I can’t get past it,” Harris said. “Where do you go from here? You lost your loved one. You also lost your home. You don’t even have anywhere to grieve.”

A neighbor who identified herself only as “Kim,” said the feeling on the block was “devastated.” A 25-year resident, she’d lived by the Farino family for years, and said they are “great people.” Mom Joanne is a friendly presence in the community, always taking time to chat with passersby, she said. Father Louis is a postal carrier in the township. Both were mainstays of the Sheffield Road neighborhood.

“We’ve all been here a long time,” Kim said. “A lot of people are still here who grew up here. It’s so sad.”

Ray Burns, a 21-year resident of Sheffield Road, described the family as “well-liked.” When he moved in, Jennifer Farino was a four-year-old girl, “very sweet; very friendly,” he said.

“I think everyone will pull together,” Burns said. “It’s a close-knit group.” 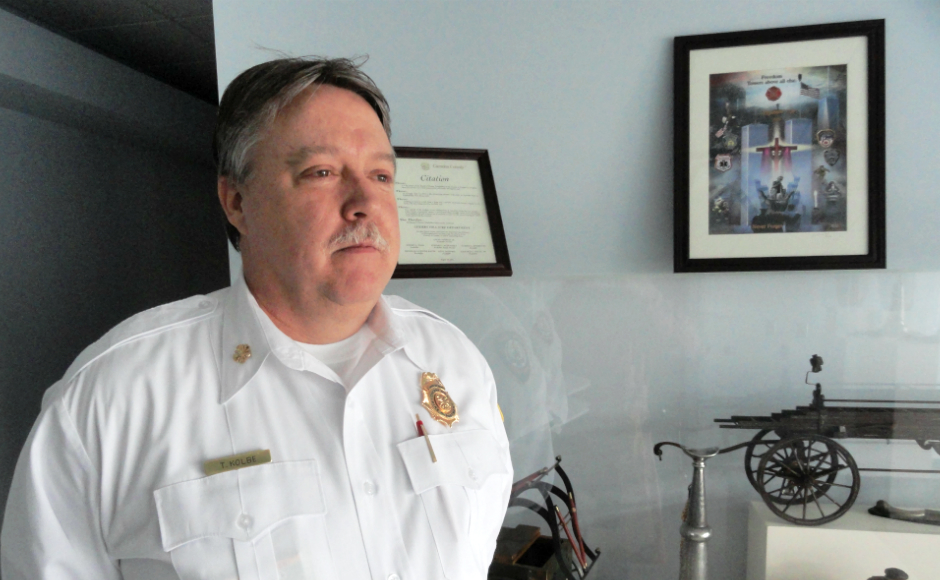 Picking up the pieces

Although an initial survey traced the origins of the fire to the kitchen, Cherry Hill Fire Chief Thomas Kolbe said investigators haven’t been able to determine the source of its ignition. They will piece together the narrative of the incident after the family is able to recover from the shock.

“We’ve got to leave some time for healing,” he said.

During a house fire, it’s not uncommon for occupants to retreat to corners of the building instead of evacuating the premises, Kolbe said. Without knowing where Jennifer Farino was when the fire started, he said investigators won’t know whether her exit could have been cut off by smoke or heat.

The back bedroom in which she was found had sustained the least amount of damage in the home, the chief said. Firefighters speculate that she was overcome by the smoke.

“We found smoke detectors in the house,” he said. “We can’t say if they’re working or not because of the destruction.”

Three firefighters also were burned in the rescue attempt, and are out of work until their injuries heal. Kolbe said they will require some follow-up before they can return to active duty, but that none required surgery.

“Our normal procedure is to have a post-incident analysis,” the chief said. “We’ll get all the firefighters together, what they did, what they saw, and try to see how to attack these fires when they see them.

“We’ll canvass the neighborhood in two weeks, hand out smoke alarms, and answer questions about fire safety,” he said. 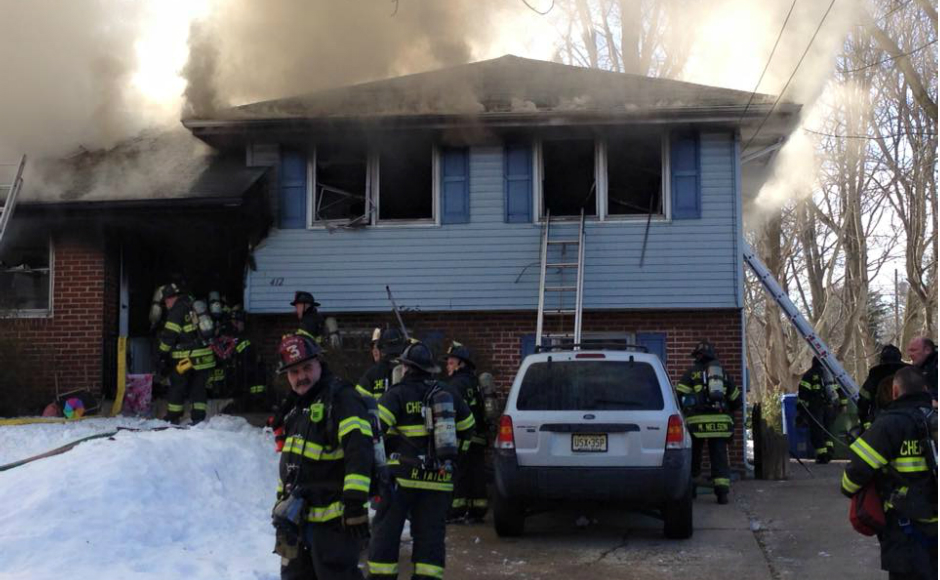 Kolbe said that his firefighters are well trained, and will take the experience of the tragedy with them into their next response call. But even they are not immune to the grief that comes with it. The last fatal fire in the township that he could recall happened on Christmas Eve 2009.

“Family’s the most important thing,” Kolbe said. “Property damage is repairable. Loss of life is the highest sacrifice.”

The Farinos are displaced from the home and have been offered temporary assistance by the Red Cross, Kolbe said. In addition to having lost their daughter, the family faces months of rebuilding while insurance companies survey the damage.

A GoFundMe campaign begun by neighbors has raised more than $7,500 in support of the family.

Cherry Hill West High School will collect donations for the family on Monday, according to a source within the school district. Cherry Hill Postmaster Joseph Potts said that the township post office is conducting an internal collection for the family, and encouraged well-wishers to contribute through the American Red Cross.

Jennifer Farino’s viewing is open to relatives and family friends from 6 to 9 p.m. Monday, February 1, at Bocco Funeral Home (1300 North Kings Hwy., Cherry Hill). A funeral mass will be held 1 p.m. Tuesday, February 2, at the Catholic Community of Christ Our Light Church (402 North Kings Hwy., Cherry Hill).   In lieu of other expressions of sympathy, Bocco is collecting donations for Louis and Joanne Farino.