Director Nancy Welsh says the independent nonprofit is no longer taking in animals. It needs help rehoming some 60 or 70 dogs and cats, and raising the money to stay open until then.

The world of animal rescue is one of endless need.

There’s a heartbreak in every story, and for the past 12 years, Almost Home Animal Shelter founder Nancy Welsh has tried to write happy endings to each of them.

This week, she’s trying to rehome the pets of a recently deceased volunteer.

She’s worried that Jake, a four-year-old German Shepherd, and Edie, a brindle mutt of 8, might not end up in the same household.

But Jake and Edie are just two of the 70 or so animals—some 20 dogs and 50 cats—that Welsh is trying to get adopted before she closes the doors of her shelter for good.

Since being threatened with a shutdown in 2015, supporters rallied to keep Almost Home open almost another two years. A popular low-cost vaccination services kept some 700 dogs current with their immunizations, and a boarding arrangement with the Don’t Bully Us animal rescue helped pay the rent.

But without the county and local animal control contracts that backed it for a decade, there’s not enough money to continue, Welsh said. Volunteerism dipped, building maintenance issues cropped up, and the rescue fell behind on rent and insurance payments. Last month, escalating tensions with the landlord led to a formal notice of eviction. 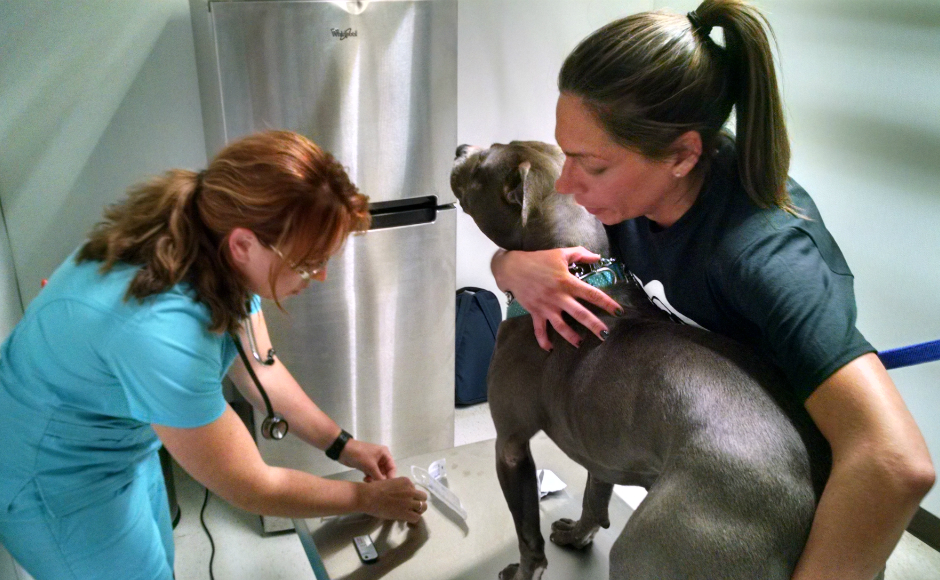 Before the two sides meet in court November 30, Welsh is trying to raise some $5,000 to settle up.

After that, she thinks it’s time to move on.

“We know we can’t keep up with this place,” Welsh said.

“We’re trying to get caught up so we can stay here to find our animals homes.

Don’t Bully Us founder Mark Peters is hustling to get the nine dogs his rescue is fostering at Almost Home adopted. When Welsh closes its doors, “there are going to be a lot more animals in the county dying,” Peters said.

He estimates Don’t Bully Us has housed 40 or 50 dogs at Almost Home this year. The time they spend there gives Peters and his volunteers extra capacity and more time with their fosters.

“The only dogs we don’t have in foster homes are with Almost Home,” Peters said.

“Without the ability to be able to have those dogs there first, it restricts the number of dogs we’re able to rescue.”

Welsh said she’s hoping to fundraise enough to keep the lights on until she can get all the pets in her current roster adopted out.

“I love doing this,” she said. “This is not the right building for it.”

Almost Home isn’t taking in any new animals, and the shelter is stocked up on everything except cat food and litter. But as it transitions into a fostering and fundraising rescue, Welsh is asking for help to bring things to a close. Supporters can contribute to a crowdfunding initiative, email almosthomeshelter@comcast.net, or call (856-663-3058).

“It’s been a tough road,” Welsh said. “The need has not gone away; it has increased.”