Trending
You are at:Home»People»Amateur Radio Alive and Thriving in Audubon

Since 2015, the Audubon Amateur Radio Club has trained the next generation of ham radio operators, supporting local offices of emergency management and connecting with fellow broadcasters across the globe. 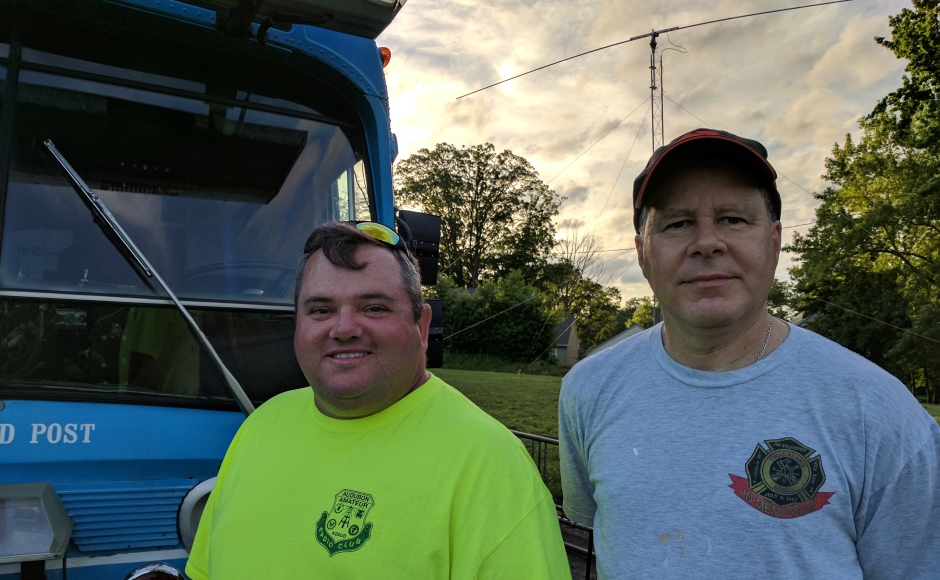 With a wave of his wrist, Rick Tighe sweeps across the dial.

The wheel rolls over and oscillating frequencies whine, eventually settling into the sounds of voices.

A little longer and the voices refine themselves into a conversation, already in progress, that anyone with the skills, technical capacity, and favorable weather conditions may join.

Tighe is President of the Audubon Amateur Radio Club (AARC), founded in 2015 by the borough’s Emergency Management Coordinator, the late Paul Price.

The club provides education for newcomers—getting an amateur radio license is the first bit of training it offers—and is a member of the American Radio Relay League (ARRL), the official national association for amateur radio operators. Under Price, it also found a role in emergency preparedness exercises with the Offices of Emergency Management (OEM) of the boroughs of Audubon and Barrington.

There are 48 members in the club, which hosts monthly business meetings and Tuesday night “nets” (on-air chats). They hail from at least three counties, and range in age from retirees to children as young as 11. They are tradesmen, emergency services personnel, doctors, mechanics, and pilots. All share a love of the medium and “the fun of being able to communicate” through it, Tighe said.

“It’s the magic of being able to turn on our radio, spin that dial, and you go out to a station in the South Pacific or Tahiti,” he said. “There are no boundaries. Guys talk about our radios and about our antennas and it has a way of reducing our political context; a funny way of spreading international goodwill.”

“I go on vacation every night,” said AARL Vice-President William Bacon, who talks with fellow amateur operators the world over from his Bellmawr home. 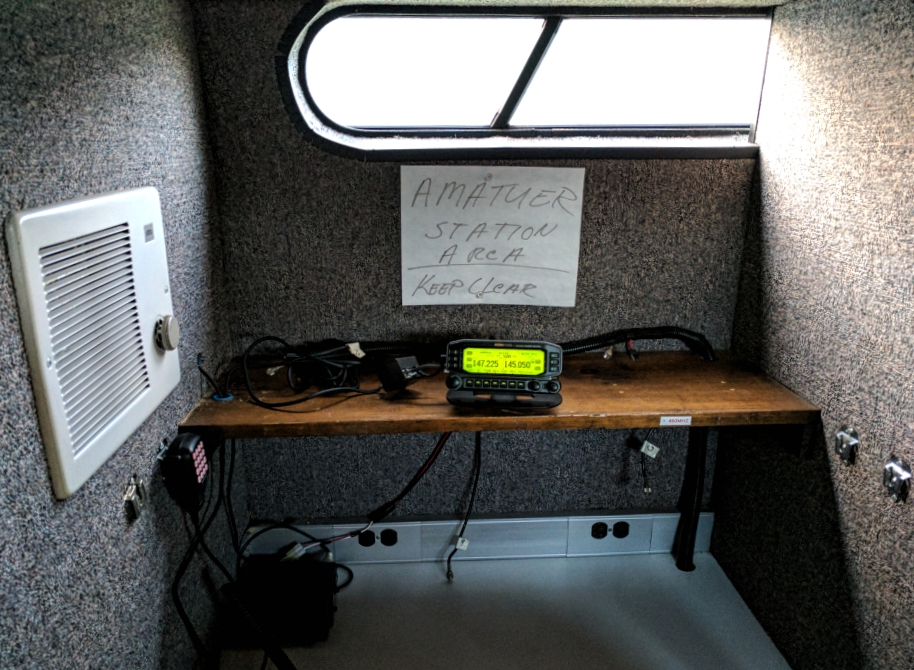 In most circumstances, conversation about the weather is considered small talk, but for radio operators, it’s a foundational component of nearly every discussion.

Atmospheric conditions greatly affect radio propagation, as do things like solar flares, either boosting signal strength or crippling it.

“All these different issues are what we have to prepare for,” Tighe said: “how are we going to be able to communicate if we’re hit with a solar flare, if we’re hit with a hurricane. If a severe thunderstorm hits with straight-line winds, are we able to get out in the community and help them?”

The group also participates regularly in lower-stakes activities, from local parades and street festivals to bike races and air shows. At bigger events, its operators function as non-emergency medical auxiliaries, helping relieve personnel. Throughout the year, they can even push the boundaries of the technology among fellow technicians. 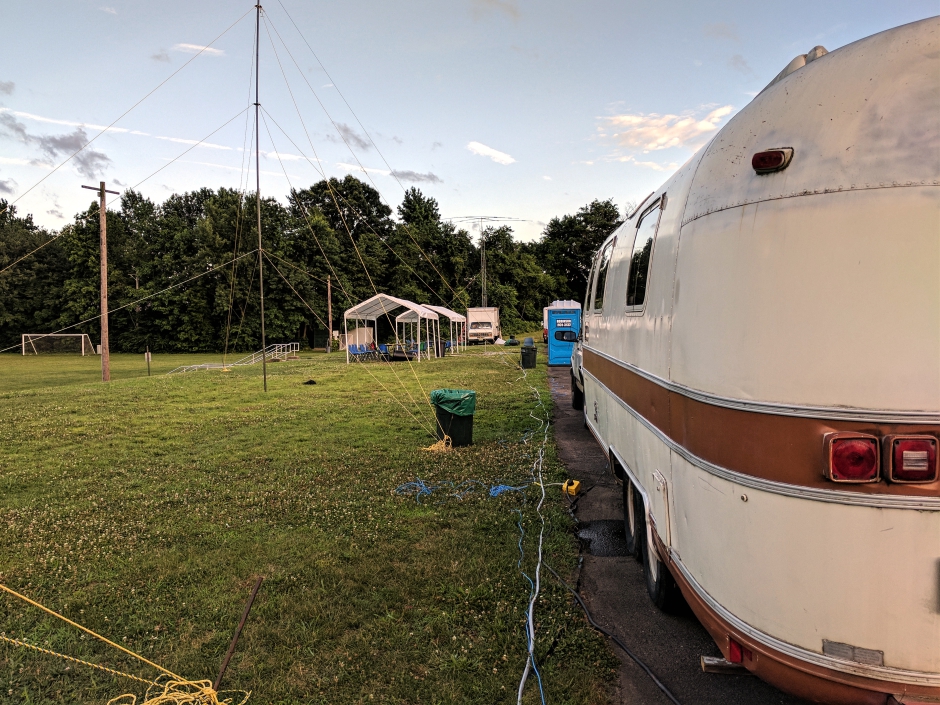 “We’re the last service governed by the FCC that can take apart radios, experiment with them, fix them, or change them,” Bacon said.

On Saturday, AARC held its annual, 24-hour field exercise behind the Woodland Elementary School in Barrington. In a parking lot filled with trucks, campers, and a retrofitted command vehicle, the club opened its doors to the community.

With even an entry-level license, which operators can earn through the club, they can participate in regional communications throughout the tri-state area, chatting through amateur satellites, and even with astronauts on the International Space Station. A general-class license opens up global bandwidths, and an extra-class license affords the operator access to everything all the way up to microwave communications like commercial broadcasting. 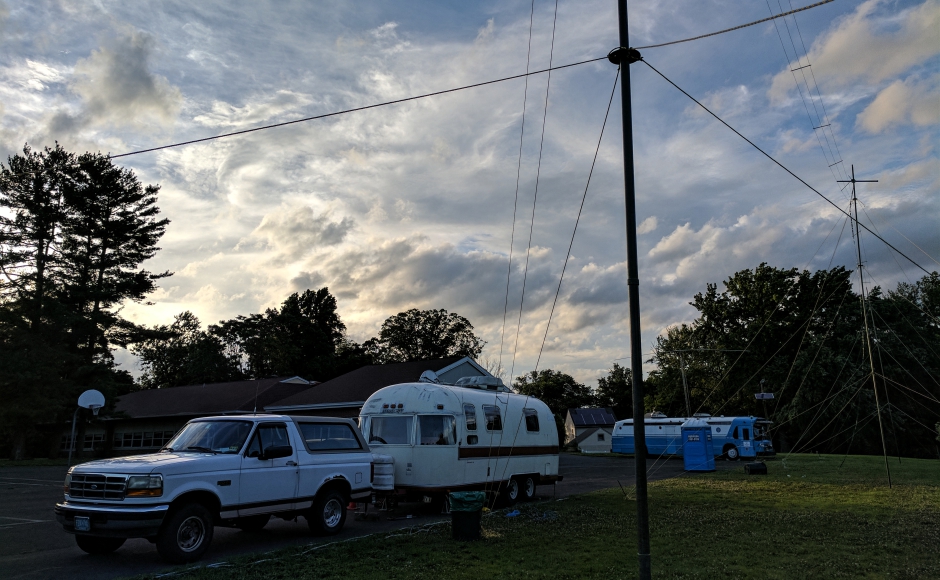 “You can do everything within certain frequency limits,” Tighe said.

“They have voluntary band plans that are governed by the FCC; each amateur operator protects their license by working within those band plans.

Although the hobby might seem quaint in the age of enhanced digital communication, with 800,000 registered, licensed amateur radio operators in 1,548 groups throughout the country, it’s got a thriving user base that hasn’t stagnated in more than a century.

“It’s been going on for 100 years, and our technology’s getting better,” Bacon said.