Trending
You are at:Home»Schools»Haddon Township»Anatomy of a High School Bias Incident

The Haddon Township school district found that Hannah Fields was the victim of racial harassment. What she says they didn’t find was a meaningful opportunity to address her classmate with counseling. 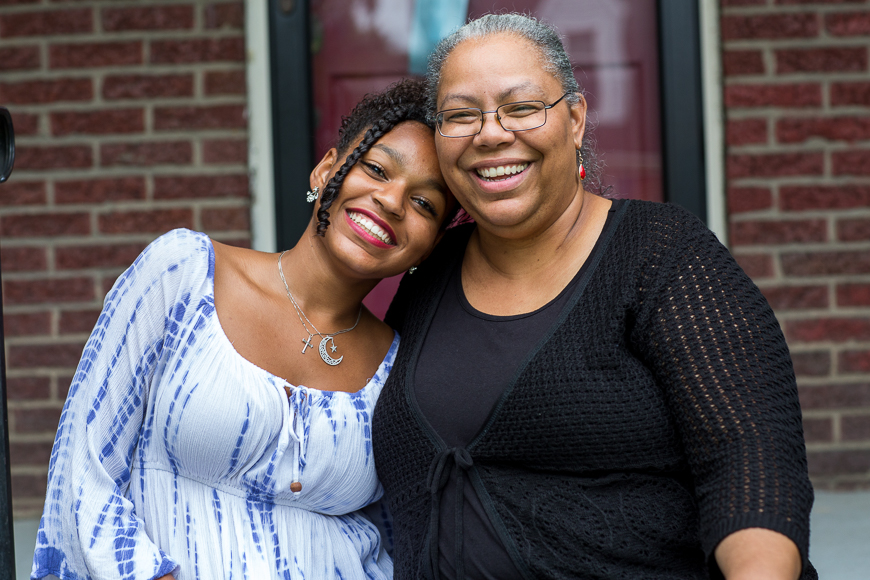 There’s a scene in the stage production of Mary Poppins where Mr. Banks opens a letter from the Fidelity Fiduciary Bank, and reads it in view of his wife.

When Haddon Township High School (HTHS) produced the play this year, Mrs. Banks was played by senior Hannah Fields, one of the school’s veteran performers.

It’s not uncommon for actors to prank one another to try to get someone to break character during a show, and the letter was one way the cast and crew had done that in rehearsals.

So when the envelope was opened during the Friday night performance, Fields was half-expecting some gag might come her way. The letter inside only had one word scrawled across it in bold, red ink:

Stunned though she was, Fields carried on through the rest of the scene, and exited. As composed as she had been under the lights, however, offstage, she was shaking and sobbing. Agonizing minutes passed until the scene ended and she was able to recover the note from her castmate, if for no other reason than to prove to herself that she hadn’t imagined it.

“Sometimes when things like that happen, you’re like, ‘Am I just crazy?’” Fields said. “To be able to tell my friends, ‘Guys, this is a real thing’… a lot of them did not recognize that this was something that happened.”

It took until after the Saturday matinee for the student who’d done it to claim responsibility. The incident was referred to the school administration, and the student who admitted culpability was asked to give Fields some space and time to deal with the shock.

Instead, the student showed up on her doorstep the following afternoon, flanked by both parents.

Dorothea Fields, Hannah’s mother, had been entertaining friends she hadn’t seen since college. She’d only been out of the hospital for a couple of days, recovering from cancer treatment. When she answered the door, she thought the family was at her house by mistake.

“They weren’t unwelcome,” she said; “they were just unannounced.”

When she realized who they were and why they were there, she reached out to hug them. The first thing the mother told her, through tears was, “I’m so afraid that you’ll think that we’re racists.”

“They were mortified and scared,” Dorothea Fields said.

Hannah was not at home when the family arrived, but Dorothea Fields invited the family in for tea and conversation. She told her guests she was grateful for their intentions, but that her daughter did not want a forced apology. 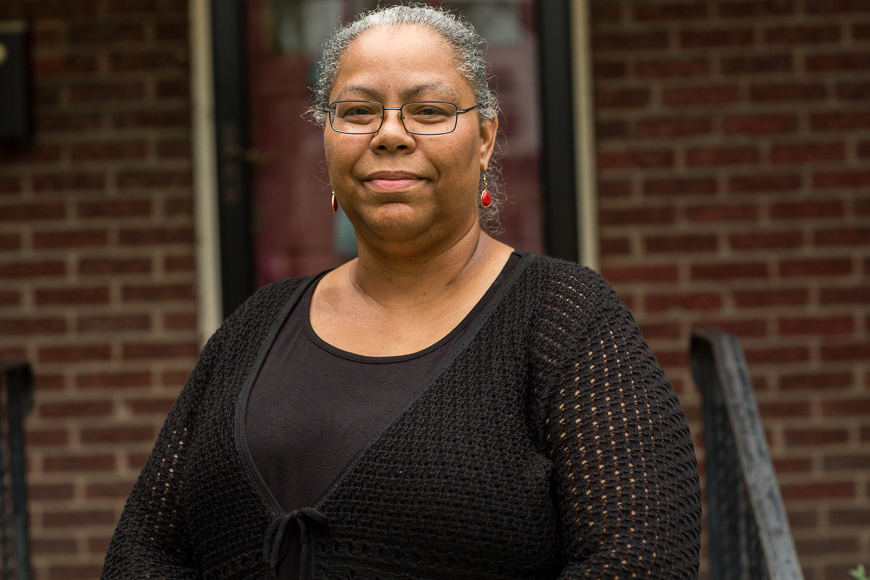 “Someday, on your own, if your heart changes, or if you really mean it, you’ll come to her and apologize on your own,” she told the student.

“I had zero intention of pushing it further,” she said. “‘I said to the parents, ‘You do your job as parents, I’ll let you parent, we’ll see what the [school] administration does.”

Her daughter returned home shortly thereafter, “made a beeline” for the student, embraced the student, and offered forgiveness. The families spoke for a time about their respective values and religious faiths, and parted amicably.

“[Hannah] has a huger portion of the gift of forgiveness than anyone I have ever met in life,” Dorothea Fields said.

In school the following day, however, Hannah received a snapchat from the student, telling her that assistant principal Tim George had issued a suspension for the incident, and asked her to keep the situation “on the down low.”

“Nothing about, ‘I’m sorry,’ or ‘How are you doing?’” Hannah Fields said. “Just, ‘Shut up because I don’t want people to know what happened’.”

Despite acknowledging in an e-mail that Hannah “has been forced to deal with the very worst any educational institution has to offer,” and “humbly pledg[ing]…to work with the offender, beyond the consequences” to offer an educational perspective on the weight of the incident, HTHS Principal Gary O’Brien discouraged the Fieldses from filing a harassment, intimidation, and bullying (HIB) report.

“By school law, this student needs to be afforded due process before any consequences are administered,” O’Brien wrote in an e-mail.

In her reply, Dorothea Fields wrote that she was concerned that the school wasn’t handling the situation appropriately. She called the student’s Snapchat message “offensive and harassing”; an attempt to silence Hannah instead of expressing concern with how she was dealing with their encounter. Hannah Fields was also still feeling the effects of the incident, occasionally awash with dread when a car followed too closely on the road. She’d stopped wearing headphones on her walks because she just didn’t feel safe with them on.

“My concern is that we as a community have an opportunity for a teaching moment here,” Dorothea Fields wrote to O’Brien. “If we do not handle it effectively, the message will be that we do not take bullying and harassment seriously at Haddon Township High School…We are not seeking retaliation, but an example of what love in action looks like in a community.” 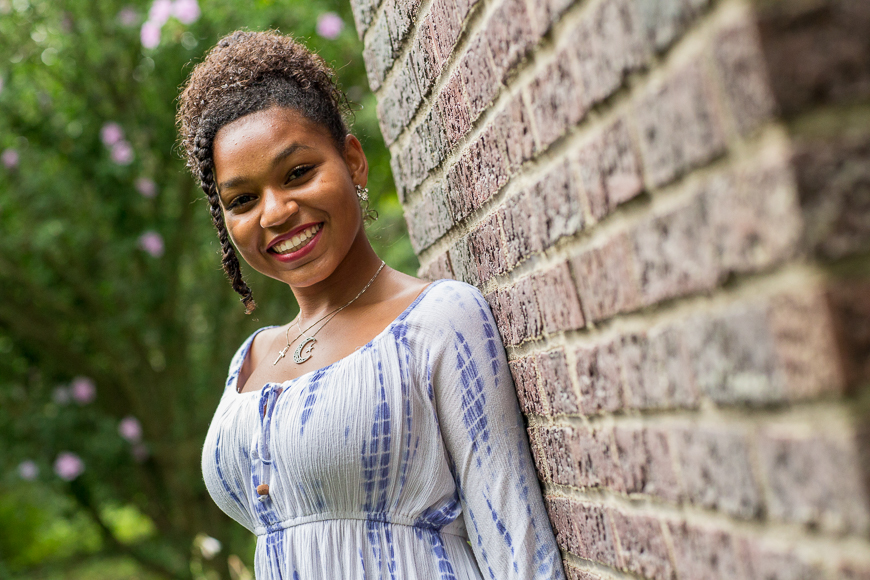 After that exchange, Dorothea Fields said she got a phone call from O’Brien in which she described the principal as “fiercely defending the kid” who’d written the note.

She said O’Brien told her that ordinarily it would violate the student’s rights to tell her the punishment that had been decided, but that in this case, he’d gotten permission from that student’s father to do so.

The student would undergo a week of in-school suspension, the forfeiture of a performing arts trip later in the year, and permanent removal from chorus, the only class the two shared, for the remainder of the year.

Dorothea Fields asked O’Brien why he’d decided to take away a trip that was five weeks away, yet still allow the student to attend the senior class trip with Hannah in five days. She suggested that taking away the senior trip instead would be a significant consequence while also giving the district time to provide appropriate counseling. Once that was done, she offered, the whole group could go back out together on the performing arts trip “with the kids who were involved in the events, and then have the opportunity to create new memories from that.

“That’s the opportunity I think you have if you start with appropriate discipline, in love,” she said.

O’Brien answered that he would attend the senior trip to Florida to personally certify that there would be no interaction between the two students.

“His response was to buy himself a ticket to Disney World,” Dorothea Fields said.

Contrary to his initial e-mail, Dorothea Fields said, the principal never described any cultural education or counseling for the student that might help couch the incident in any meaningful, broader context. She said further that O’Brien later met with her daughter one-on-one to tell Hannah that she could file an HIB report, but that it wouldn’t change the punishment.

“He told Hannah, ‘Don’t go making this your life’s mission,’” Dorothea Fields said. “She came home feeling like they cared more about protecting the offender than the victim.”

In the meantime, the Fieldses said that the school administration spent a significant amount of time interviewing witnesses to the incident and friends of both students to ask whether they could recall any prior instance of conflict between the two. If any such conflict had existed, it would be sufficient to dismiss any claims of an HIB incident by introducing an alternative explanation for the letter.

At the end of April—and after having appeared at a Board of Education meeting to publicly inquire about the process—the Fieldses were notified that the incident had been determined to be an HIB event. To their knowledge, nothing about the student’s punishment had been altered or expanded from what was described to them initially.

Haddon Township district officials declined to comment, neither on the incident nor their procedures. The district policy for remedial measures involving HIB incidents says that they “shall be designed to correct the problem behavior, prevent another occurrence of the problem, protect and provide support for the victim of the act, and take corrective action for documented systemic problems related to harassment, intimidation, or bullying.”

The Fieldses don’t feel like that’s what happened in their case. 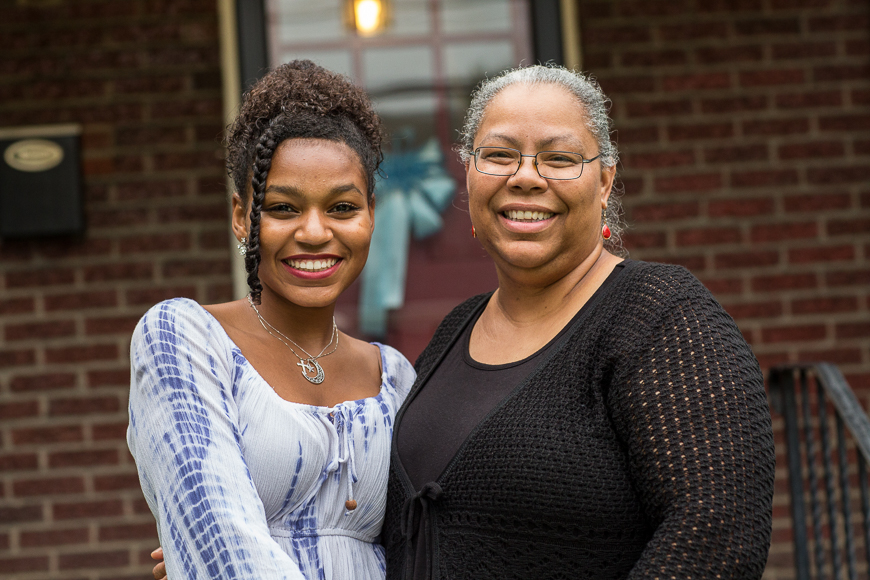 “I know the support that exists [in Haddon Township],” Dorothea Fields said. “I know that the community I’m standing for is loving, peaceful people.

“The community at large is not racist, sexist, hateful,” she said. “The last thing I want to do is create a divide [or] express any kind of contempt for a community that I absolutely love; in fact, I want to protect it.”

Hannah Fields said she was encouraged that her classmates individually expressed their support for her and outrage at the incident. But she feels like she was robbed of the opportunity to defend or to befriend the student in the context of some cultural education; to demonstrate that their school was working to create a healthier environment around questions of race.

“The most important thing for me to take away from this is that people know that there is still a problem, and at least, if we’re aware of the problem, we can try to fix it,” Hannah Fields said.

“If we don’t try to fix it, then that says something about us, and we’re going to need extra help working on ourselves, but the fact that people know about it is important to me,” she said. “Knowledge is always the solution; knowing the weight of something, teaching compassion.

“I believe for myself that everything happens for a reason,” Hannah Fields said. “If this has a purpose, I won’t know until I’m older. I can’t say if it’s necessary or not yet… but this is important because this is the proof. I think this has a purpose.”

CORRECTION: An earlier draft of this story misidentified Hannah Fields’ role as that of Ellen, the maid. Fields played Mrs. Banks in the production.