Owner Danny DiGiampietro said the move will give his children the chance to grow up ‘under the legacy’ of the family bakery, while providing a fallback as his lease in Haddonfield comes due in May. 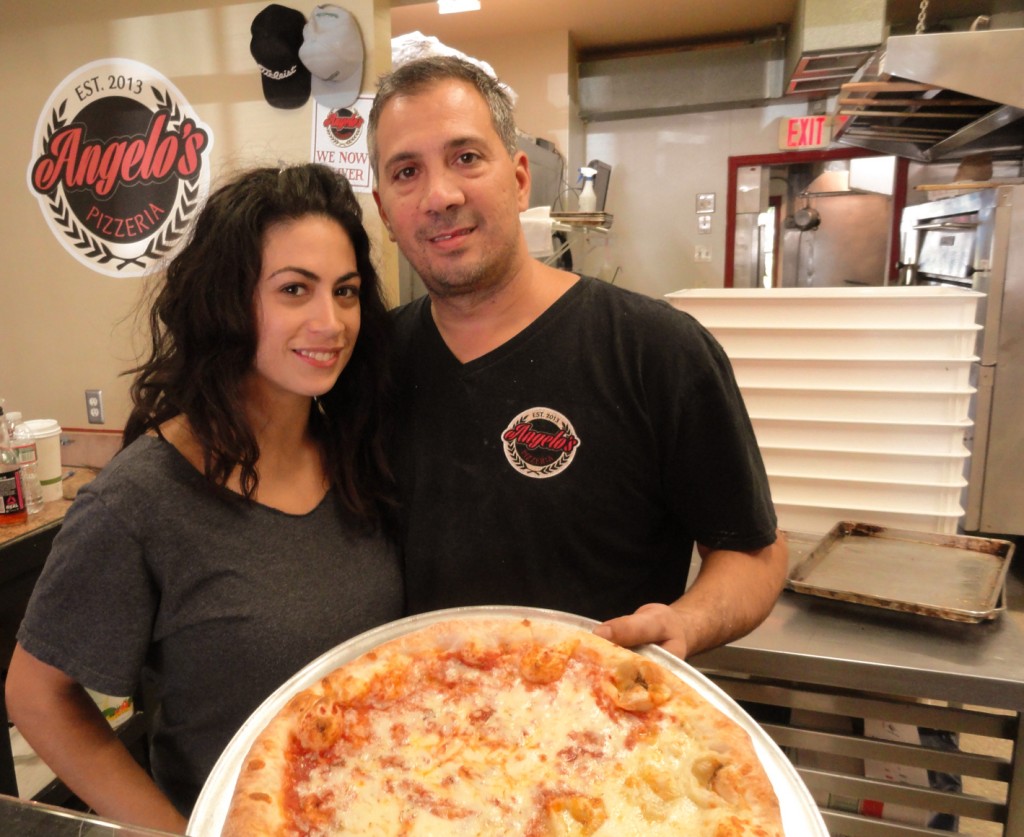 Lauren and Danny DiGiampietro bring two families’ worth of tradition to the recipes at Angelo’s Pizzeria in Haddonfield. Credit: Matt Skoufalos.

For the past few years, Danny DiGiampietro has enjoyed steady business while the reputation of his Haddonfield-based Angelo’s Pizzeria, continues to grow.

Now he’s expanding into the South Philadelphia neighborhood where his in-laws have been a fixture for decades.

As was first reported by Philly.com food insider Michael Klein, DiGiampietro will take over the recently closed Sarcone’s Deli on South 9th Street in Philadelphia.

It’s the sister location to the famous Sarcone’s Bakery up the block, which also provides the sandwich rolls for the hoagies and cheesesteaks at Angelo’s Pizzeria.

“My wife grew up on that block, always in the bakery, under the tradition of the bakery,” DiGiampietro said. “My mother-in-law’s right across the street. I like the fact that my kids will grow up under the legacy of the bakery.

Louis Sarcone, Jr. opened Sarcone’s Deli in 1997 with his cousin, Anthony Bucci. The pair went their separate ways a few years ago, and Bucci continued to operate the business on his own, DiGiampietro said. But on Friday, Bucci announced that he would be walking away from the business due to health concerns.

“Can’t do it any longer,” Bucci wrote. “All I can say to everyone that stayed with me all this time [is] I’m sorry, and I love you all. This is hard for me to walk away, but my health is all I have.”

DiGiampietro sympathizes with the decision. 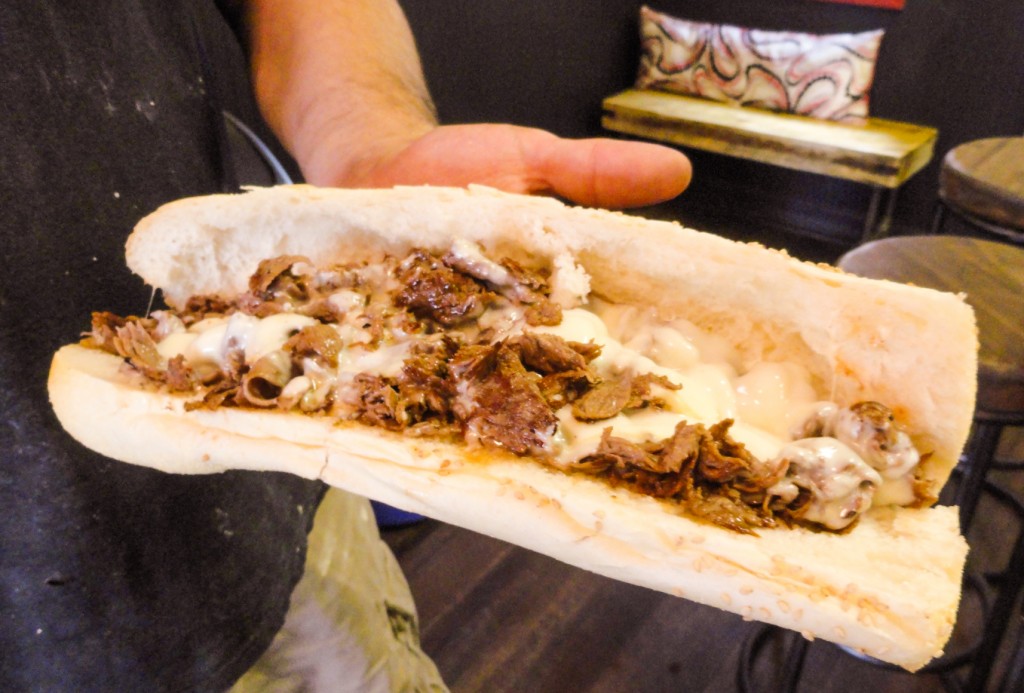 The cheesesteak at Angelo’s is made with three ingredients, including a Sarcone’s Bakery seeded roll. Credit: Matt Skoufalos.

“It’s a hard business, especially day in and day out for 20 years,” he said.

“I like chaos; I like the challenge. Running two is going to be nuts, but that’ll all work itself out.”

DiGiampietro would like to open the second shop by fall 2017, but worried that the deli is “a total gut job,” and small enough that its square-footage will be almost entirely given over to the kitchen.

Still, he likes being situated at the edge of South Philadelphia and Center City, and has been encouraged by the reception his food has received in South Jersey.

“We just won Best of Philly, which was completely a shock, and we’re in the final 10 for NJ.com’s best pizza in South Jersey,” DiGiampietro said. “I did not realize that the people would like the pizza as much as people do.

DiGiampietro wants to keep his Haddonfield location thriving, too; however, there’s a bit of uncertainty around the business. His lease is up in May 2018, and the Haddon Avenue building in which he’s located has just gone up for sale. It’s put the question in his mind of where he might have to go next if he can’t keep the doors open there.

“I want to stay in Haddonfield,” DiGiampietro said. “I love that spot. I love the feel of it. I definitely don’t want to leave.”

In the meantime, he said he’s celebrating the opportunity to showcase the food for which he’s garnered so much attention to a South Philadelphia neighborhood that he knows will love it just as much.

“It’s more than I could ever dreamed of, the stuff that’s happening,” DiGiampietro said.