Trending
You are at:Home»Police & Fire»Collingswood»Apartment Fire Quickly Subdued at Parkview at Collingswood 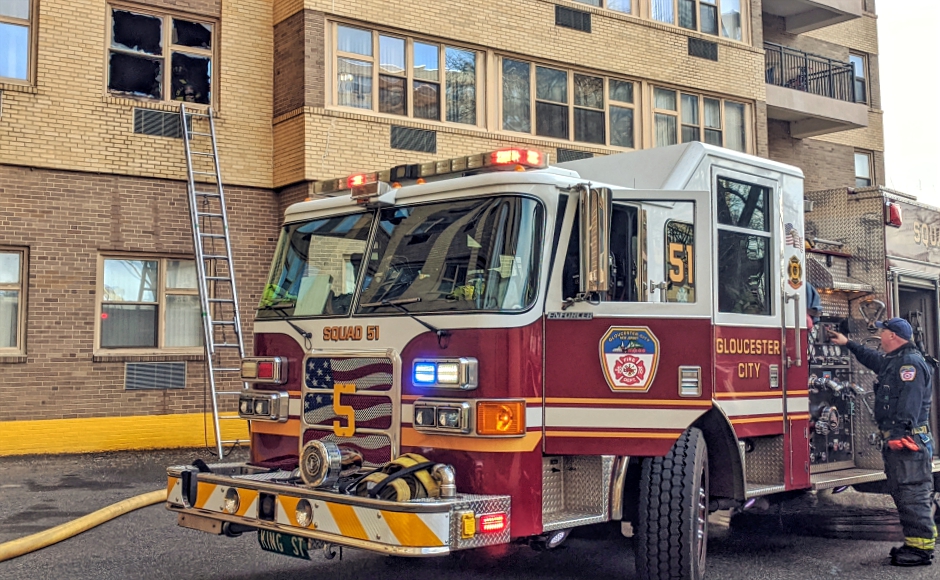 Gloucester City fire engine at the scene of an apartment fire at the Parkview at Collingswood. Credit: Matt Skoufalos.

Fire companies from five communities rallied to the Parkview at Collingswood apartments Friday morning, and quickly quelled a small fire there.

The incident began in the D Building at the complex just before 10 a.m., said Collingswood Fire Lieutenant Ed Glaze.

A second-floor unit in the rear of the building showed visible damage from firefighters knocking out windows and stretching a ladder to the floor.

Residents from throughout the complex gathered around its onsite dog park to watch as they ran hoses and scaled a ladder to the second floor.

Maurice Hubbard, who’s lived in the D building for three years, was awakened to neighbors banging on his door. It was the first time he said he’s evacuated for a report of a fire. 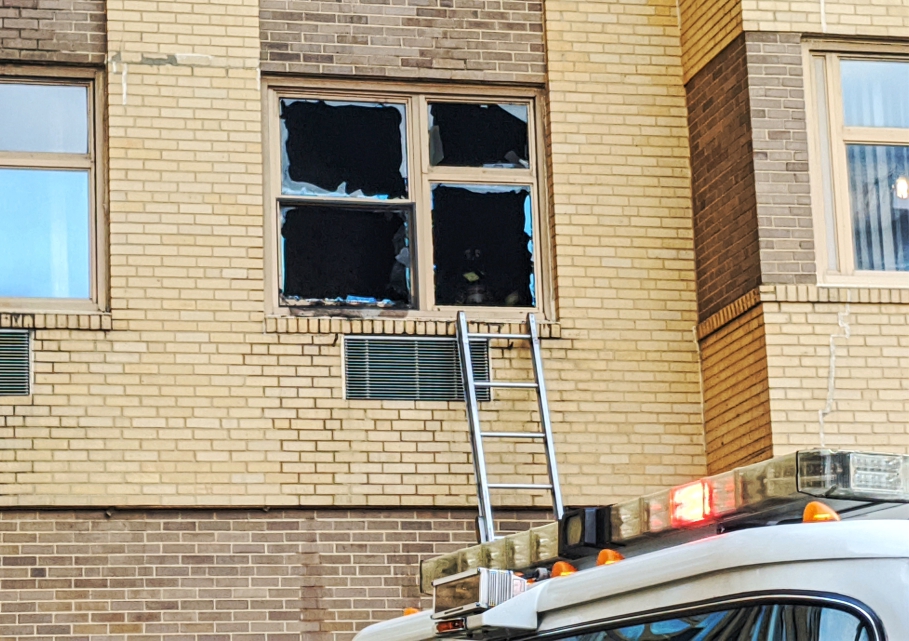 “I heard people yelling in the hallway, screaming, ‘Fire! Everybody get out!'” Hubbard said.

By 10:30, firefighters were ventilating the building to clear out smoke that had been trapped in the hallway and corridors.

Glaze said no injuries were reported in the incident, and the fire had been contained to the unit in which it originated.