Trending
You are at:Home»Government»Audubon Honors Largest Reported Tree in NJ 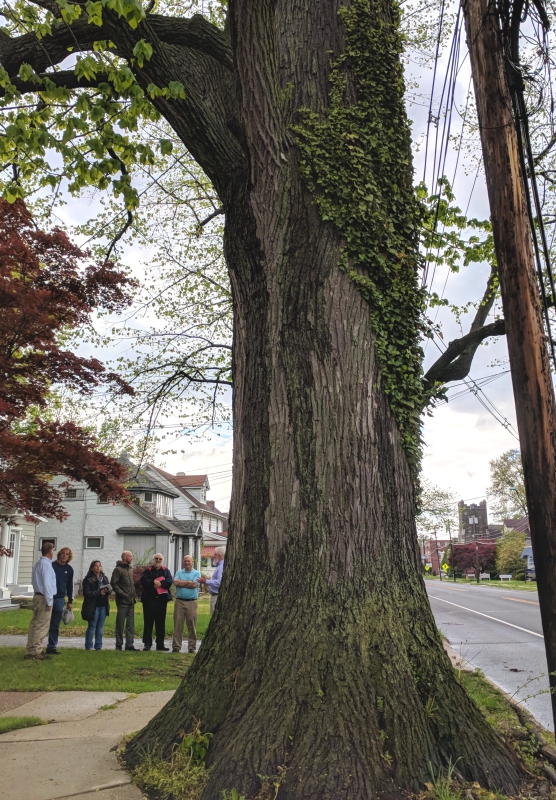 The American Elm Tree on the White Horse Pike in Audubon is the tallest reported in New Jersey. Credit: Matt Skoufalos.

Just a few weeks shy of its 226th birthday, the largest living being in Audubon was honored with an early birthday gift: a roadside plaque.

Although it’s been around since George Washington’s second presidential administration, the 105-foot American Elm tree has a more prominent place in history than in the 500 block of the White Horse Pike in which it resides.

So on April 26—Arbor Day—borough officials dedicated a highway marker to the tree, which holds the distinction of being the largest reported tree in the state of New Jersey.

“I’ve never actually given a proclamation to a tree before,” said Camden County Freeholder Jeffrey Nash before putting the scale of its longevity into perspective.

The tree, which has an average 90-foot crown spread has also been nominated for the national register of champion trees. According to the American Forests National System, it’s a 303-point tree. 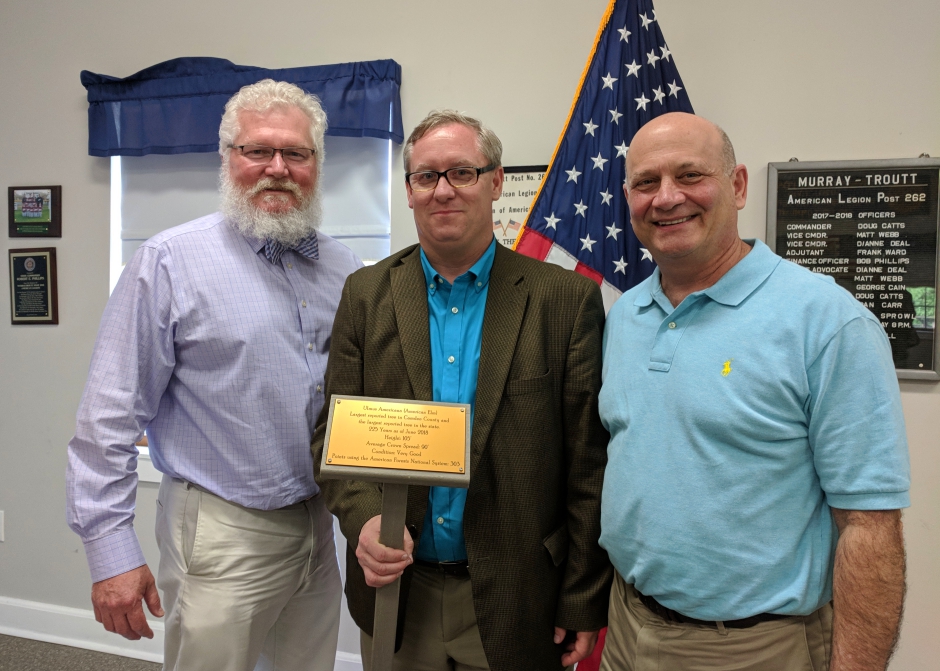 Audubon Commissioner Rob Jakubowski said he hopes the elm’s honors will inspire other communities to inventory their shade trees with an eye towards conservationism.

“If someone wants to take a shot at the title, if that means more people are looking at their trees, taking care of their trees, I’m all for it.”

Both he and Nash said more pedestrians will soon be able to enjoy them as the county government advances its rails-with-trails project along the Atlantic Avenue corridor.