Julie Pierre’s Our Yards Farm represents a new model of suburban agriculture that invites homeowners to trade unused lawn space for a share of the vegetables she grows. 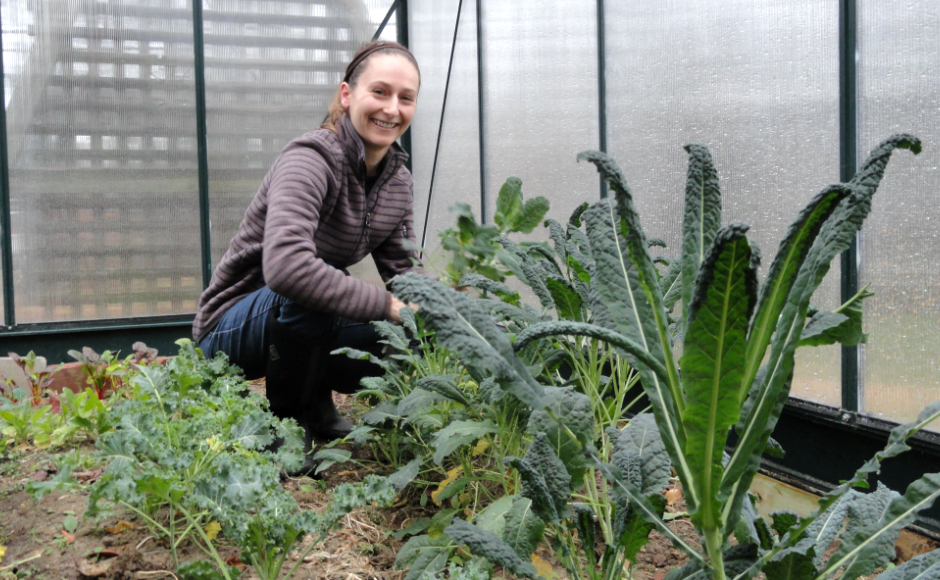 Given the price of real estate in New Jersey, Audubon resident Julie Pierre doesn’t believe she’ll ever be able to afford enough land to establish a farmstead.

But that hasn’t stifled her industrious spirit, or her desire to shorten the production chain that connects South Jersey with its food.

In 2015, Pierre established Our Yards Farm, a CSA (community supported agriculture) through which she contracts with property owners to grow food on their land.

The model makes her customers stakeholders in the effort: they profit from Pierre’s success and share in the cost of her risks, a structural model that also brings people closer to the realities of farming and food production. Landowners whose properties Pierre works receive either a full share, half-share, or discounted pricing on a CSA membership, depending upon the quality and size of their plot.

Last season, Pierre farmed about eight-tenths of an acre across a dozen plots in Audubon, Barrington, Collingswood, and Haddon Heights; they varied in size from fewer than 500 square-feet to 5,000 square-feet. This year, she’s hoping to scale back slightly, to about six-tenths of an acre, while working to engage more directly the local communities in which those properties are located. 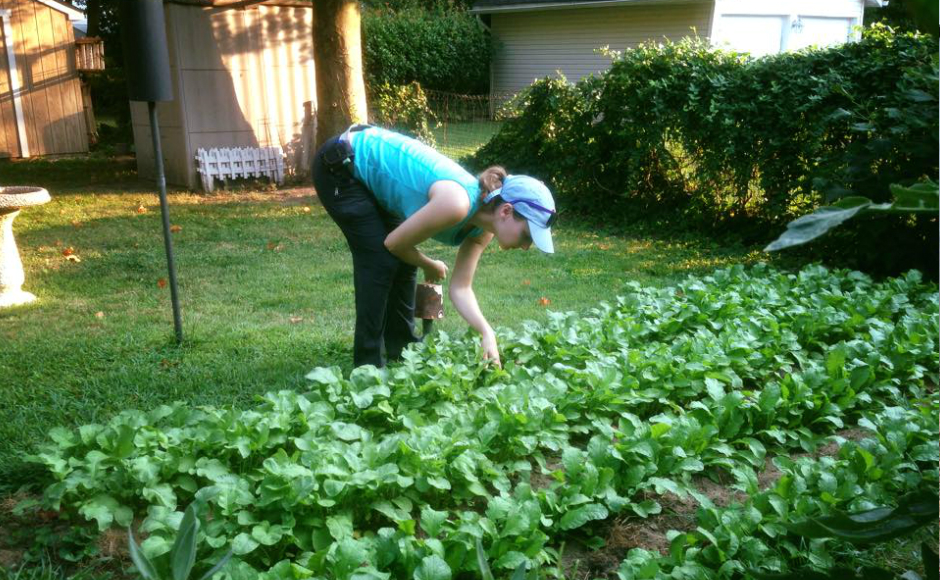 “I have the opportunity to be visible and to have people see that I’m growing these vegetables,” Pierre said.

“[I want to] just get them thinking, ‘Am I using my lawn?’ “Is it serving a purpose?’ ‘Where are my vegetables coming from?’”

Our Yards Farm supports about 30 CSA members throughout a 20-week season, with pick-ups at the Tree House coffee shop on Merchant Street in Audubon. A half-share, which entitles members to an every-other-week pickup, costs $265; a full share is $510.

All costs are paid in advance, and the actual crop yield—tomatoes, eggplants, hot and sweet peppers, potatoes, lettuce, kale, carrots, cabbage, broccoli and more—depends on environmental conditions, like drought, pests, and other such mitigating circumstances.

Although the plots that Our Yards Farms comprises cannot be certified organic (such land must be kept free of banned substances for a minimum of three years), Pierre follows organic processes that she picked up while working at Fernbrook Farms in Chesterfield, NJ. Her crops are not grown from chemically treated or GMO seeds; she uses organic as opposed to petroleum-based fertilizers; and generally adheres to a mission of environmental stewardship. 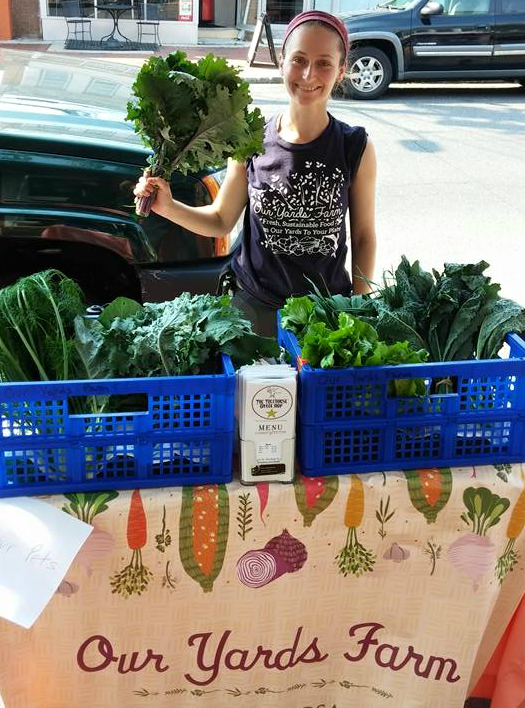 “Soil is a whole complicated ecosystem,” Pierre said. “Whenever you’re adding something to the soil, you’re potentially changing the whole system. I get all the soil tested.”

Pierre also practices crop rotation, planting cover crops like rye grass, oats, and peas during the winter to build the fertility of the soil she tills during the growing season.

Of course, “rabbits are pretty big fans of all those things,” Pierre said, and she’s working to enhance her strategies for dealing with their intrusion into her work.

They also only represent one of the myriad challenges she’s encountered in translating rural farming practices to suburban landscapes. In recapturing that farmland from the residential developments that arose out of it, Pierre is confident she’ll be able to turn back the clock.

“The history of any of these towns around here, it was all farmland,” Pierre said. “I’m trying to make adjustments and experiment.”

To neighbors like Adrianne Wells, who last season traded a 10-feet-by-40-feet plot of her yard in Haddon Heights for a weekly share of Our Yards produce, Pierre’s work helped reconnect her to local food traditions.

“We try to eat local and organic, but it was nice to know for sure and see the whole process,” Wells said. “I grew up with farms up in Chesterfield, the family always goes to the farmers market, but this just worked out. [Julie’s] doing it right here with what we have.”

Wells said that Pierre also introduced some follow-through on commonsense green efforts she’d meant to tackle but hadn’t, like installing a composting bin and rain barrel. It also helped Wells reconsider how her land, which had basically been so much wasted space, could be converted into something useful. 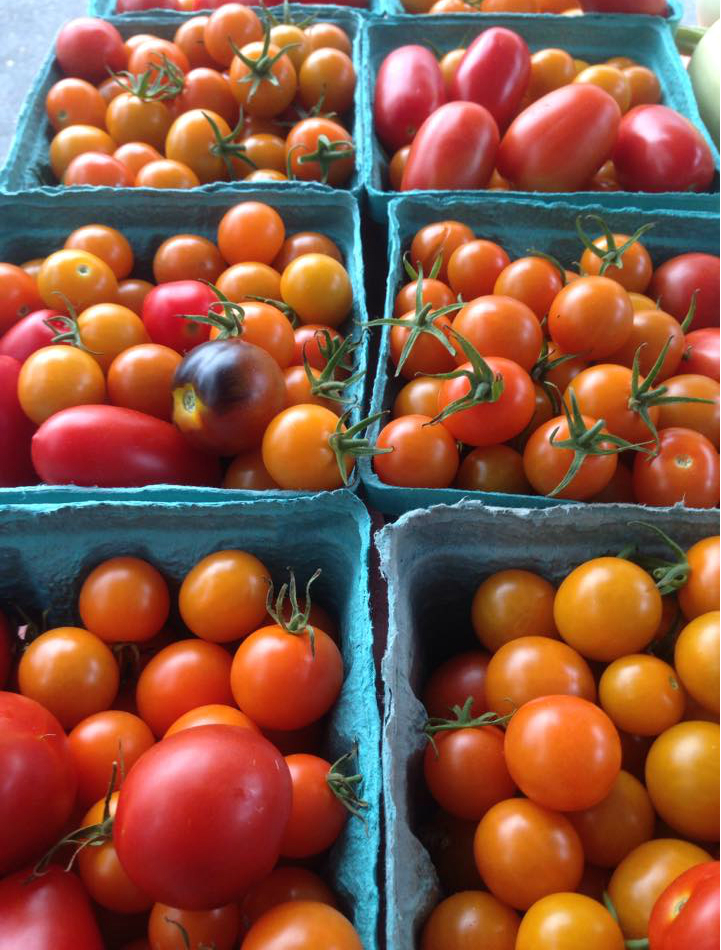 “I would encourage people to use their yards, if they could,” Wells said. “It’s all that lawn that you don’t have to mow, and then you get all that abundance of food. We couldn’t be happier with the whole thing.”

Although Pierre knows that she’s not going to challenge some of the larger growers in the area for market share, she is motivated to make a community impact, however small, with her efforts.

“I hope that I’m providing something positive for people,” Pierre said. “Is it enough? There’s a lot of problems with our food system. It’s so convoluted. I’m not satisfied.

“For right now, I think I have a good footing,” she said. “I think I’m learning a lot, and trying to figure out what people need and what people want.

“We need more innovation and more outside-the-box thinkers,” Pierre said. “We have a long way to go.”