The 133-year-old organization will expand its operations across a $5-million parcel of land in Mount Laurel that CEO Toni Pergolin said will allow it to streamline its continuum of care. 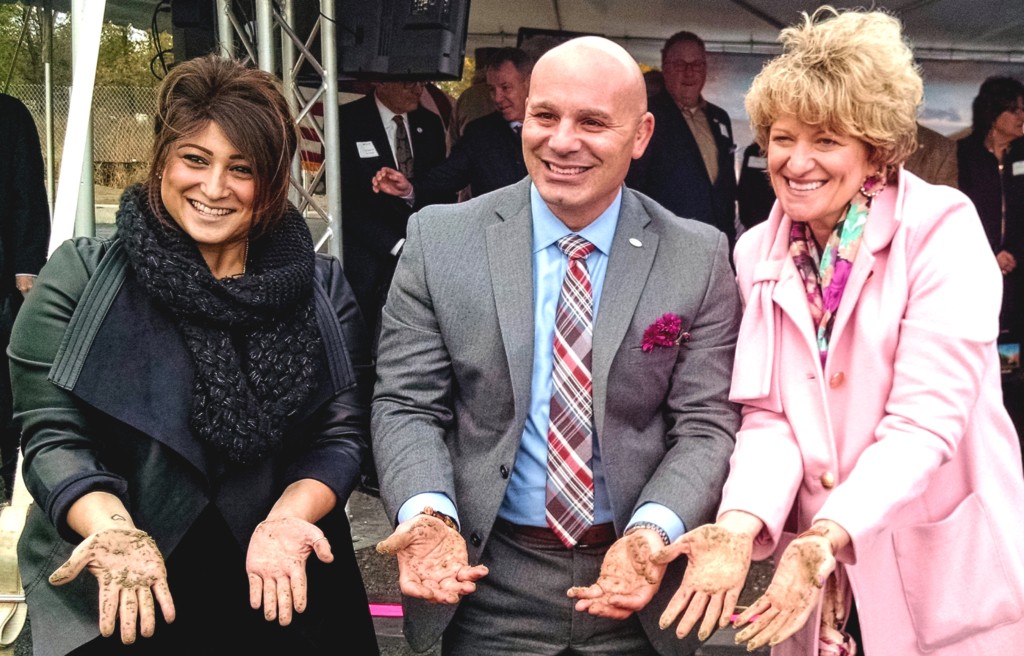 When her son Luke was diagnosed with autism, pediatric cancer specialist Ann Leahey remembers the upheaval into which her life was thrown.

But after interventions from staff at the nonprofit service agency Bancroft, “my mute, self-injurious son was able to speak, and his self-injury behaviors did not return,” Leahey said.

“It is our community that makes his education at Bancroft possible,” she said. “I believe that Luke is an important and real member of that community. The knowledge that Bancroft will still be there for Luke sustains me.”

The future of Bancroft looms large indeed, as the 133-year-old organization continues building its new, $75-million campus at the Bishop’s Gate industrial park in Mount Laurel. At a ceremony formally commemorating the progress of the project on Tuesday, Bancroft CEO Toni Pergolin read from the will of Margaret Bancroft, which outlined the wishes of the school’s founder for it to grow according to the needs of the community. 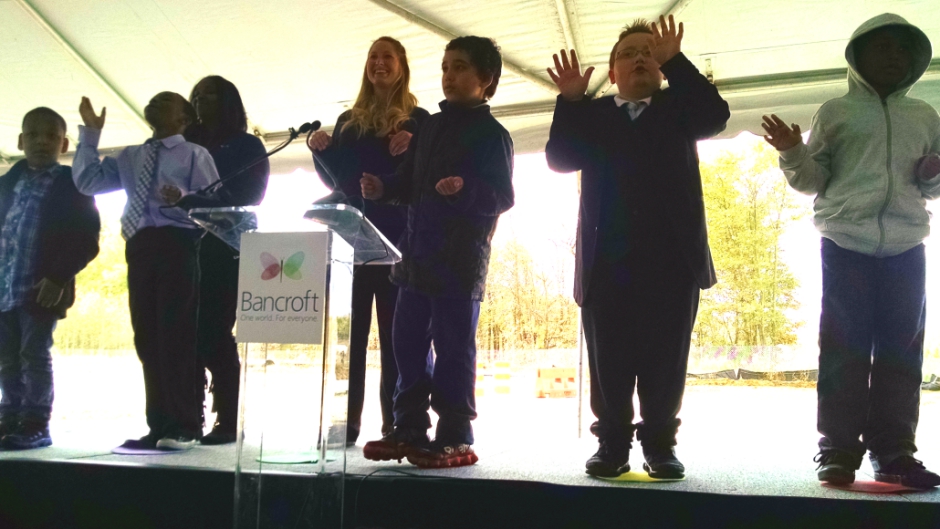 Children served by Bancroft perform Bruno Mars’ “Don’t Give Up” at the groundbreaking of the organization’s Mount Laurel campus. Credit: Matt Skoufalos.

In the years since her passing, Margaret Bancroft’s legacy has grown into a $150-million organization and the fifth-largest employer in Camden County, with a staff of 2,500 full-time employees serving some 2,000 children and adults.

Expanding its operations, which Pergolin said had outgrown the historic Haddonfield site, “really allowed us to think big; to think way beyond what we could have ever imagined.”

The new Mount Laurel location is highway-accessible (via I-295 and NJ-38) and expansive, with 10 of its 80 acres being reserved for future development. Pergolin said staff and visitors will appreciate the ample parking onsite—a frequent challenge at its Haddonfield campus—while the breadth of real estate will allow greater enrichment areas for the people served by its programs.

The expanded campus will feature gardens, indoor and outdoor playgrounds, walking trails, a pool, and basketball courts. Its 74-unit residential program will be organized in a micro-downtown layout designed to help model independent living for the persons served by it. That neighborhood feel also will extend social opportunities to families and friends of persons served as well as weekend camps and events like the Special Olympics.

“The location will truly be a part of a larger community, and for the first time, offer our services to the greater community, not just those who go to Bancroft,” Pergolin said.

Laying out the new location also allows Bancroft to separate out staff needs from those of persons served. A 100-seat auditorium will provide training options for professional development via the Bancroft Institute. The new school will be built with wider hallways, accommodating wheelchairs and adaptive devices, and a stabilization unit for people in crisis. Instead of a smaller nursing suite, the more complicated needs of some students will be met at the new campus in a full medical suite.

“The services we provide will be for the whole of the individual,” Pergolin said. 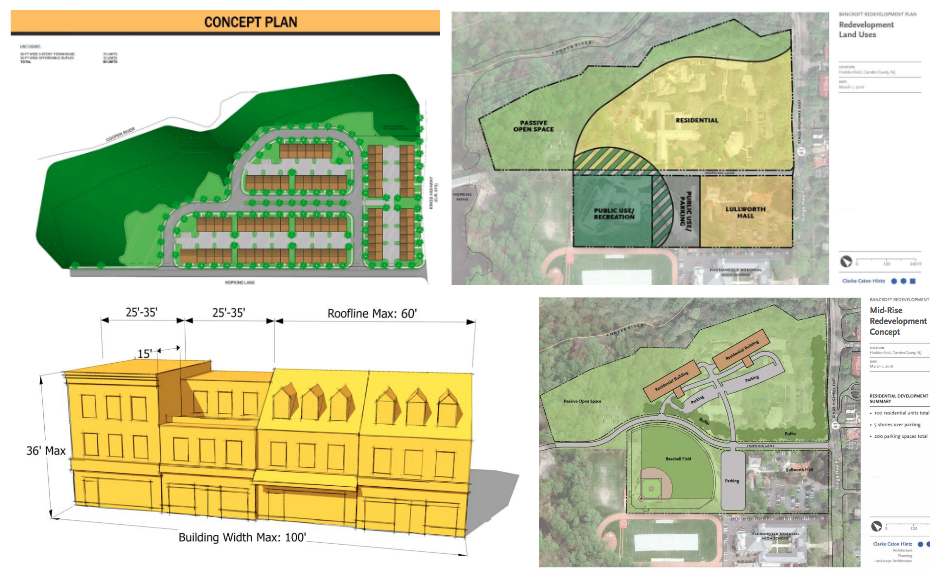 By building facilities for a growing population and according to contemporary needs, the new construction also allows Bancroft to add capacity for additional programs and services.

“It’s for parents, and it’s for siblings, and connecting them to other support groups for other parents and siblings dealing with the same issues,” Pergolin said.

“There’s a lot of services we’ll be able to offer.”

The new school campus has a 265-student capacity, 40 more than the current location has, while also yielding a greater integration of opportunities among “transition programs, Pergolin said.

“You’re there trying to learn the assessment and skill acquisition so you can move into a less restrictive environment in the community,” she said.

A three-way deal with the Haddonfield government and developer J. Brian O’Neill to purchase and redevelop the 19-acre Haddonfield campus Bancroft will leave behind was consummated in June; the borough continues to secure bonding and approvals for the redevelopment of the Haddonfield site.

Pergolin said the Mount Laurel campus should have completed most major construction by September 2017 with a plan to reopen the school by January 2018.