The property at 1255 Caldwell Road in Cherry Hill will house 13 executive departments of the fifth-largest employer in Camden County. 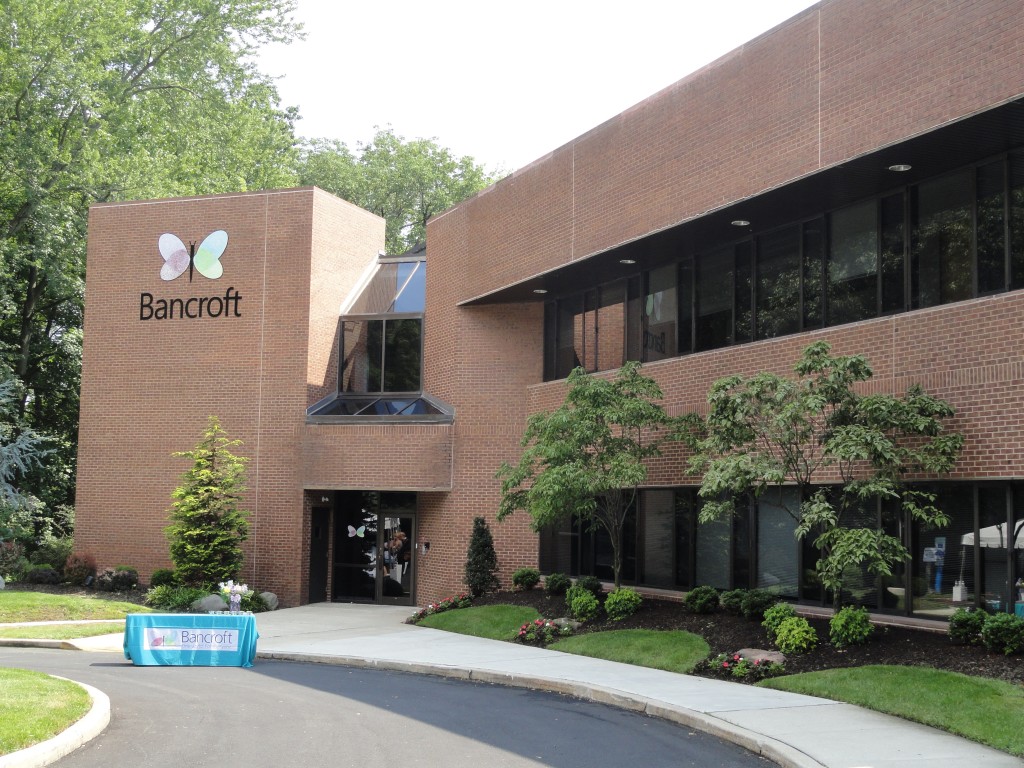 Beyond a glass wall inside the lobby of the new Bancroft headquarters in Cherry Hill is a floor-to-ceiling quotation.

“I, working as part of one Bancroft, will build today for a sustainable tomorrow for all the people we serve who inspire us every day.”

The message is meant as a driving motto for the 150 or so Bancroft employees who report to work in the corporate offices there.

For Bancroft President and CEO Toni Pergolin, it’s also the first chance she’s had in more than two years to deliver it to them daily, and as one group.

Despite being the fifth-largest employer in Camden County, Bancroft executive operations had been scattered across various corporate rental properties. With the $5.8-million purchase of the office building at 1255 Caldwell Road, the nonprofit agency consolidated 13 of its departments at a cost savings, while yielding “an unexpected increase in morale,” Pergolin said.

“Our first intent was to rent another space,” Pergolin said. “This building was cheaper than renting. To own it and have a permanent headquarters made us much more efficient.”

The campus is centrally located among Bancroft programs, Pergolin said, and the facility itself was essentially move-in ready.

“The prior owner left workstations behind for us,” she said. “All we needed was paint and carpeting.”

Beyond collecting its various administrative departments in a single site, Pergolin said the new Bancroft headquarters will tighten up the internal infrastructure of the organization “to allow us to grow in an efficient way, expanding services we provide for adults, pediatric, [and]residential [clients].”

Some of those resources include the Neurorehab outpatient facility, which treats brain-injured persons, and the Bancroft mobile crisis unit, which sends behavioral health experts to school districts and hospitals to aid in the treatment of a patient whose behavioral issues can complicate attending to their medical needs.

“There’s a need for services beyond these four walls,” she said. “Our bigger vision is that the Bancroft model of care is much larger than our school.” 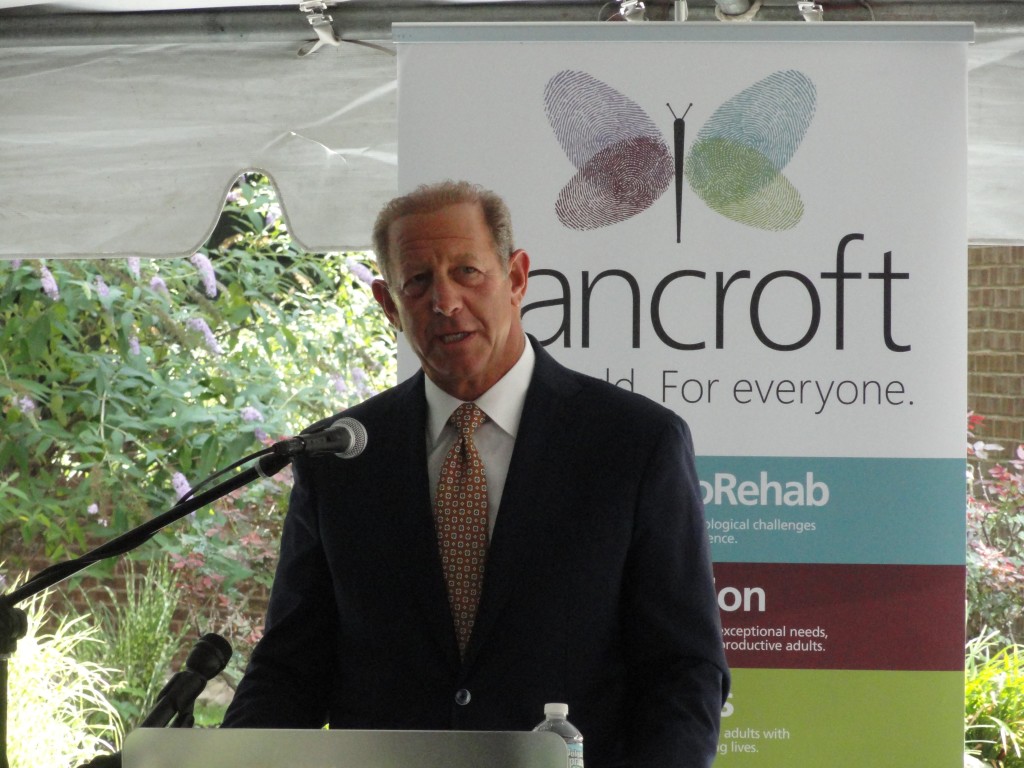 At a kickoff ceremony Tuesday, Cherry Hill Mayor Chuck Cahn described the new digs as “the air traffic control center for a full range of services to unlock the full potential of each resident.”

Cahn wasn’t the only visiting dignitary among a roster that included Camden County Freeholders and Lieutenant Governor Kim Guadagno.

Guadagno praised the value of the work undertaken by Bancroft in the context of creating a stable network of services for New Jersey residents with complicated behavioral needs.

“I receive phone calls from families who say, ‘I’m moving to New Jersey because of the programs you have in New Jersey. Can you help me find a job?’” Guadagno said.

The lieutenant governor also commented on the recent decision at the state level to discontinue the Return Home New Jersey program, a failed bit of policy that mandated that disabled residents receiving out-of-state care be returned to local facilities.

“Government cannot and probably should not do everything,” Guadagno said. “But government needs to listen. We had 100 different comments on the statewide transition plan. You have an open line of communication to us.” 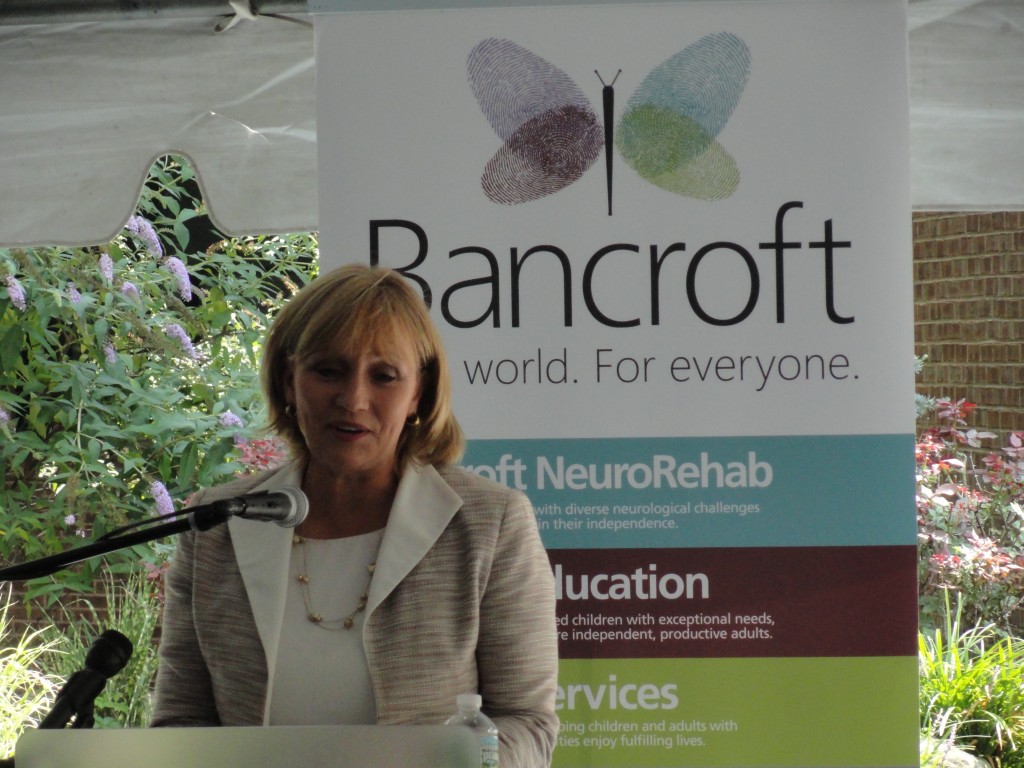 Bancroft continues to push ahead with the construction of its new campus at Bishops Gate in Mount Laurel.

Pergolin said Tuesday that the organization has received preliminary approval for its site plan, and that the final approval and purchase should be completed by the end of the year.

She expects that Bancroft will break ground on its construction in the spring of 2016, with the school opening in September 2017.

Pergolin had little to offer on the fate of the current Bancroft Haddonfield campus, the sale of which has been negotiated to developer J. Brian O’Neill and Recovery Centers of America.

“We’ve executed the sale,” Pergolin said. “They had a due diligence phase, and they’re going ahead with the plan. We’re focused on where we’re going.”