Police negotiated with a resident for a few, tense hours Wednesday evening, calling to him by name from outside the home, while neighbors looked on. He faces multiple charges. After a tense few hours Wednesday evening, an Audubon Park man who had barricaded himself in his home surrendered to Camden County Sheriff’s officers.

The incident unfolded around 7 p.m., when Haddon Township Police Captain Tim Hak said that officers were dispatched to a call for service in the 100 block of Mockingbird Lane.

Officers negotiated with the man for a period of a few hours; when that proved unsuccessful, they entered the home by force, at which point the man “came out of his bedroom peacefully,” Keashen said.

The resident, identified as George M. Elmer, 45, of Audubon Park was remanded to the Camden County jail on multiple counts.

Elmer was charged with one third-degree count each of making terroristic threats and resisting arrest; one fourth-degree count each of contempt and obstruction of administration of the law; and a disorderly persons charge for unlawful possession of prohibited weapons and devices, specifically handcuffs.

Neighbors crowded the edges of the police perimeter at the intersection of A Road and Jackdaw Drive Wednesday evening, near a waiting Westmont Fire Company EMT vehicle.

At the far end, near A Road and Nightingale Road, specialized police units mustered near emergency vehicles belonging to the county bomb squad and Office of Emergency Management.

One lifelong Audubon Park resident, who declined to be identified, said that he’d heard authorities appealing to the man to leave the home. 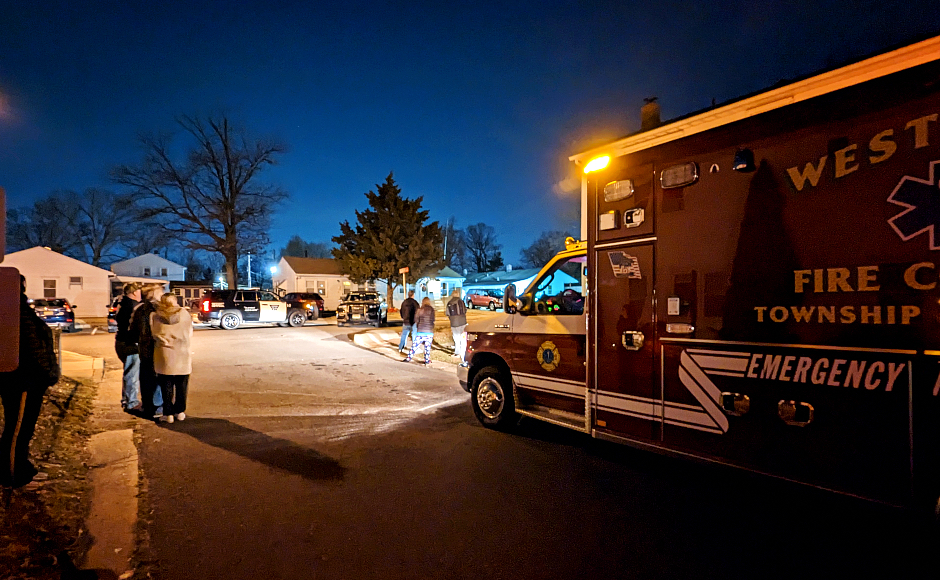 Tensions seemed highest around 10:50 p.m., when the SERT team was making its breach of the home.

Officers in tactical gear and armed with military-style weapons surrounded the residence, calling for Elmer to evacuate, while Haddon Township Police looked on, their hands on their holsters at times.

A few minutes later, however, the situation de-escalated considerably, with Elmer in custody, and residents retreating from the scene.