Trending
You are at:Home»Business»Bernard Hopkins Hands out 500 Thanksgiving Turkeys at Camden Price Rite 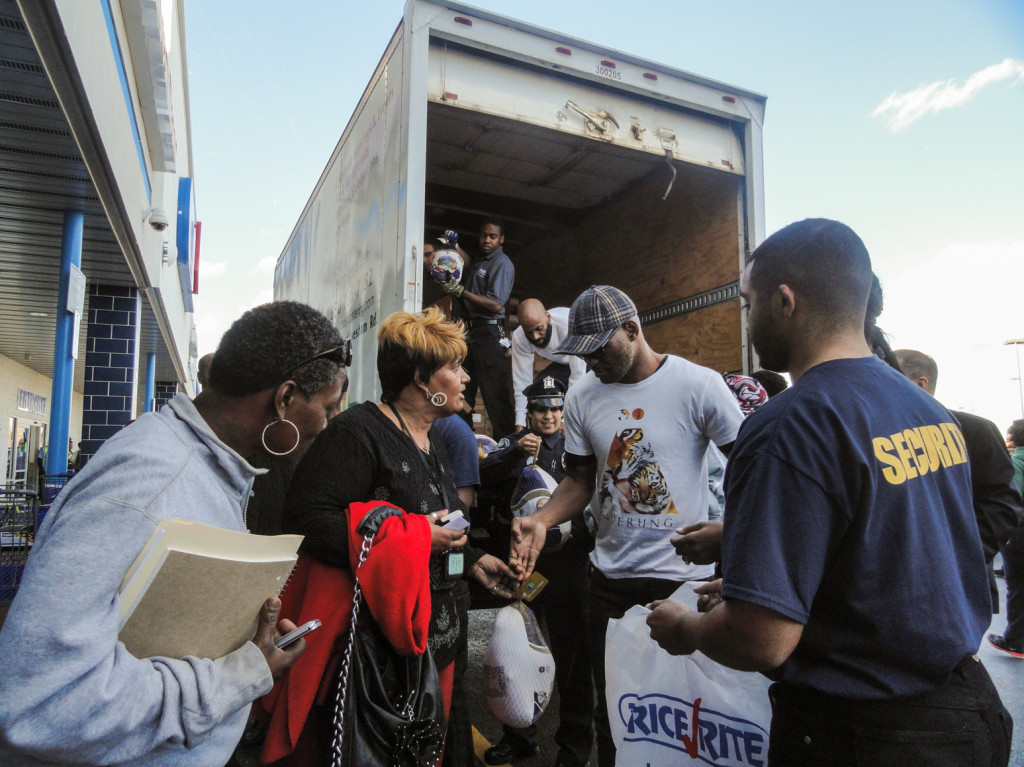 After only a month of operation, Price Rite of Camden City headed into its inaugural Thanksgiving with a bit of celebrity flair, as boxing champion Bernard Hopkins arrived Monday to distribute 500 turkeys to needy families.

For Hopkins, who has partnered with Price Rite owners to sponsor similar events in his native Philadelphia, the event was his first on the Jersey side of the Delaware.

But standing before a line of Camden residents that stretched the length of the shopping plaza, the prizefighter said he was happy to expand his efforts in support of a city that he described as “going through a transition” and full of “people working to get a taste of the American dream.

“I’m tied to Philly [and]Jersey,” Hopkins said. “[I’ve] got a lot of supporters. I want to believe that 99 percent of people in this line need these turkeys.”

Only a few weeks removed from his latest bout, Hopkins described the humanitarian effort as “your fellow man helping when I can.

Hopkins also spoke with clarity about the level of need in places like Camden and Chester, which he described as the East Coast equivalent of impoverished cities like Cleveland or Detroit.

Although the boxer said he “believe[s]in doing things quietly,” he also stressed the importance of personally overseeing the giveaway as a means of connecting with his supporters.

“What you back has a lot to do with your name,” Hopkins said. “I’ve got a big heart, but not a foolish one. When they do hear your name, people can attach honesty and loyalty to it.” 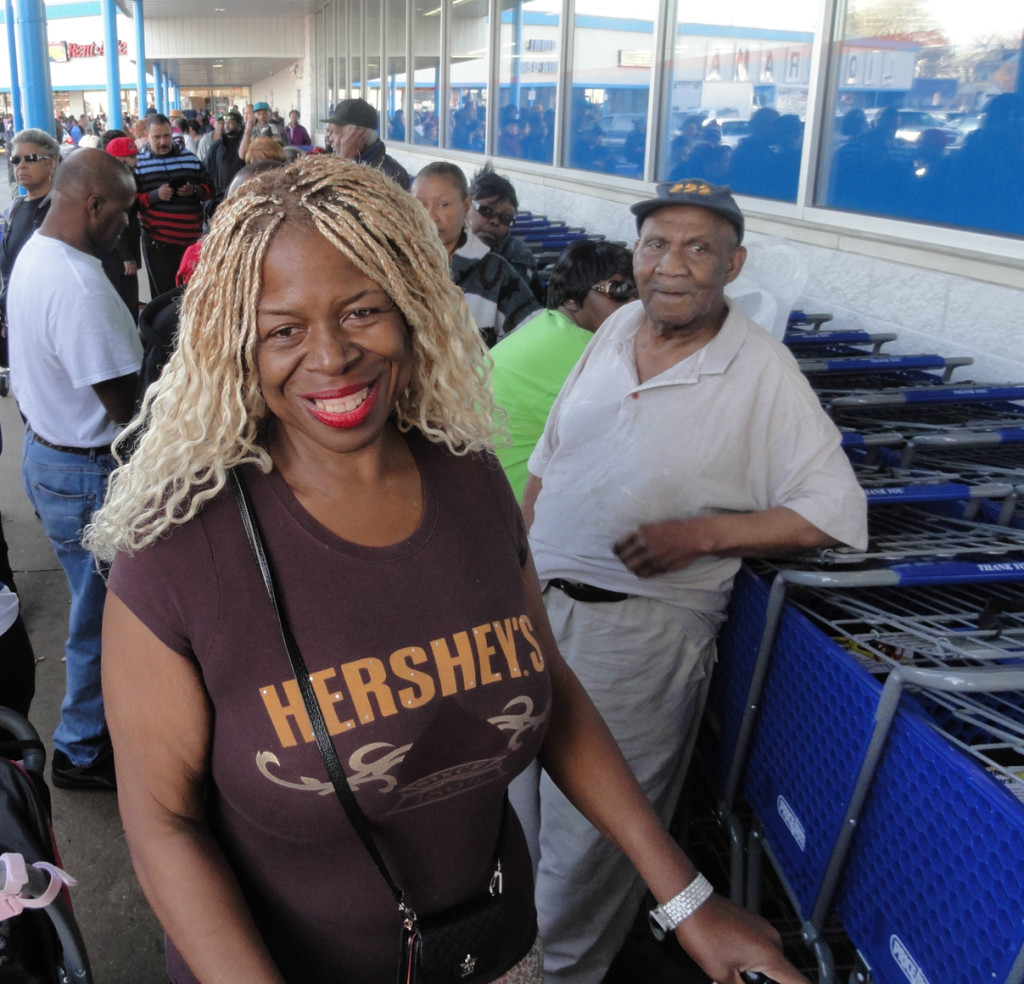 ‘A gigantic random act of kindness’

For the first grocery store to operate in the city in more than 40 years, the opportunity to build faith with its growing customer base wasn’t lost, either.

“This is a gigantic random act of kindness.”

Ravitz, who described his market as “Costco meets Aldi,” said that Thanksgiving is less daunting at Price Rite in part because the shop only has a fraction of the selection offered at the Shop Rite supermarkets for which his family is more commonly known.

Despite the limited assortment of products, he said, customer feedback has been positive.

The focus on low-cost brands and the elimination of labor-intensive features such as a staffed deli and meat counter—these items are pre-packaged at Price Rite—has enabled the Ravitzes to pass along the savings to shoppers in the community, he said.

“Customers are glad to have a store to shop with very strong prices,” he said. “Economies of scale are better.” 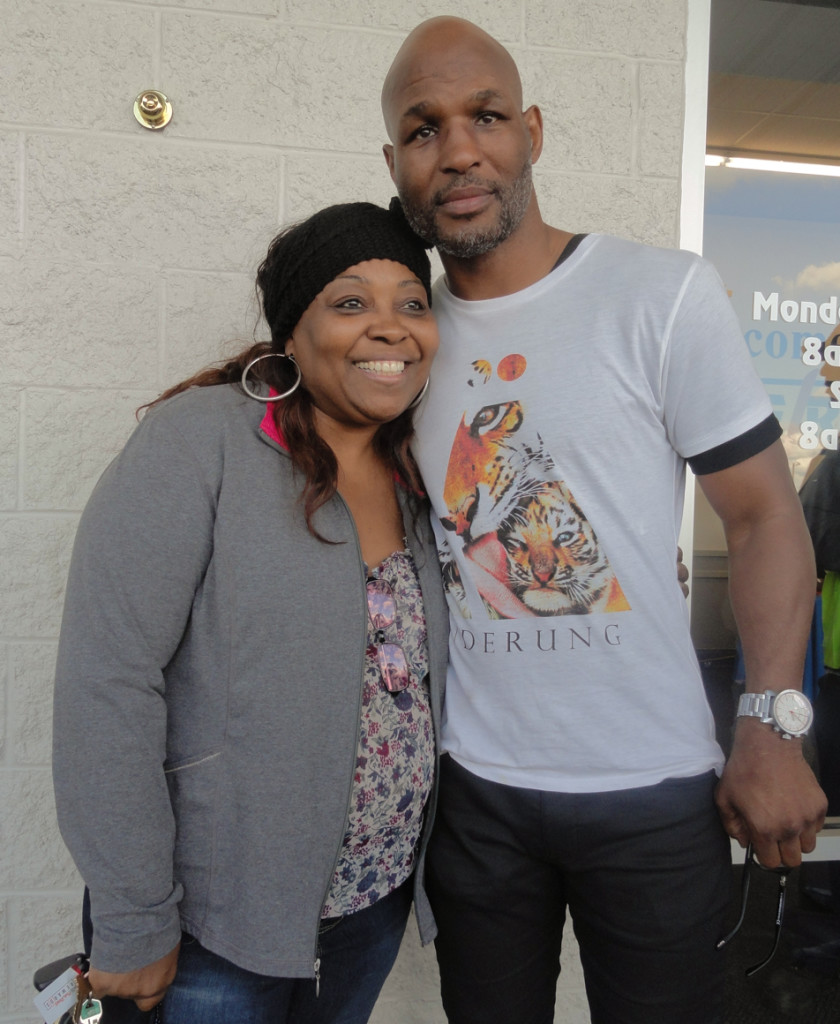 ‘A great blessing for people’

At the head of the line was Cramer Hill resident Terry Flores, who’d been waiting since noon to take home a turkey.

Flores called the giveaway “a great blessing for people,” and said that she hadn’t even known Hopkins was behind it until she arrived.

Some groceries will give their customers a free turkey around the holidays, Flores said, but typically only with a $200 or $300 purchase, a register tape that would be beyond many of the people with whom she was waiting in line.

“Things like this make me feel happy and joyful,” she said. “A lot of people are out of work.”

Karen Pettiford of Parkside, a grandmother of 17 and great-grandmother of six, said that Hopkins’ gesture makes a big difference for people who couldn’t otherwise afford a turkey.

“I told the kids they would get a turkey sub if I didn’t get one [here],” she joked. “It’s a time everybody should be able to eat.”

Retailer Lee Foster, who operates a package goods store in the Haddon Farmers Market across the street from Price Rite, took the opportunity to hand out promotional coupons to the hundreds of people waiting in line.

Although the farmers market is coming into its own, Foster said that groceries like Price Rite provide an important service in the neighborhood, allowing residents to “spend your money in your own communities.

“We need a supermarket in Camden,” he said.

Audubon resident Keith Richardson, who has worked at the supermarket since it opened in October, shares Foster’s perspective.

“They didn’t just help out the city of Camden,” he said. “They helped Camden County.

“I think this place will be jumping by summertime.”