Trending
You are at:Home»Police & Fire»Haddon Township»Big Boots to Fill as Westmont Fire Company Loses Its Santa

For 35 of the 44 years he dedicated to the Westmont Fire Company, Assistant Chief Michael “Mikey” Vitelli brought Santa to life for the children of Haddon Township. 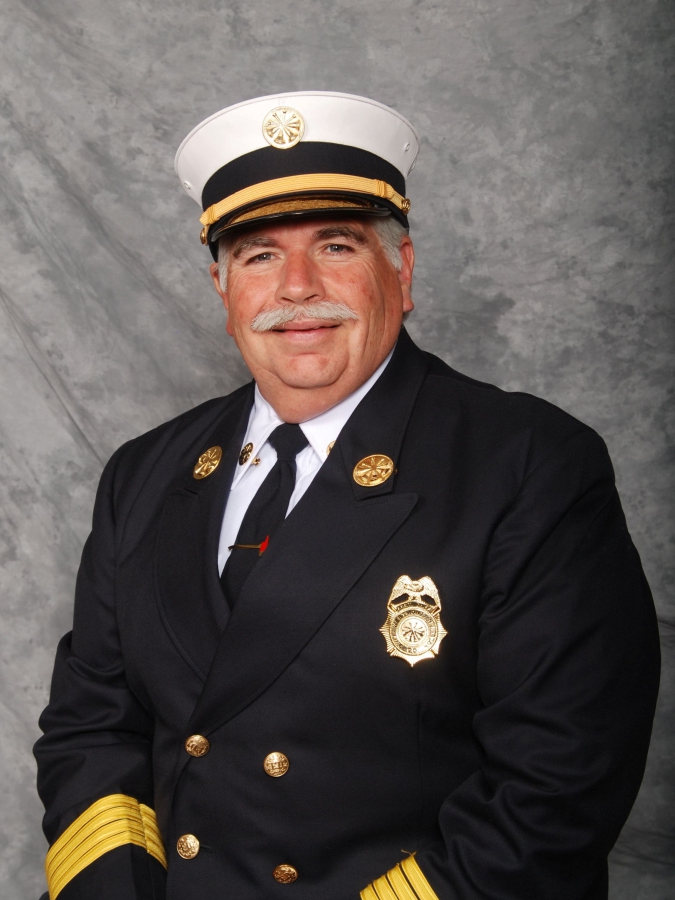 Saying goodbye to a fallen friend is never easy, but to members of the tight-knit Westmont Fire Company No. 1 (WFC), the passing of Assistant Chief Michael Vitelli presents an especially complicated parting of the ways.

Known fondly as “Mikey” to his brothers-in-arms, Vitelli, 67, was a pillar of the department and an “old-school, no-nonsense guy,” said Westmont Fire Chief John Medes.

“We fought a lot of fires together,” Medes said.

Indeed, Vitelli gave 44 years of his life to the Westmont fire service, 10 of which he spent as its assistant chief, and 28 years to the Delaware River Port Authority as a police sergeant.

But perhaps the greatest role he held with the fire company for 35 of those 44 years was playing Santa Claus for the children of Haddon Township, and Medes said there was no one better at it than him.

Vitelli was “the boss” of Christmas at the fire station, an annual tradition that involves nightly neighborhood tours on the back of the engine in December weather, waving to children from the truck, and taking them on his lap for free photos at a time when prices for mall Santas have spiraled.

Although the job was a jovial one, Vitelli took it seriously, compiling an impressive collection of high-quality Santa suits over the years, and coordinating with the WFC Ladies’ Auxiliary to write return letters to children who dropped them in a box at the station. He trained other members of the department to help him keep the performance consistent through the years, and “nobody did anything with that until they spoke to [Vitelli] or he trained them,” Medes said.

Even his superior officers at DRPA always worked with Vitelli’s schedule “to make sure that the [Santa] job could be completed,” Medes said, “and it was.” 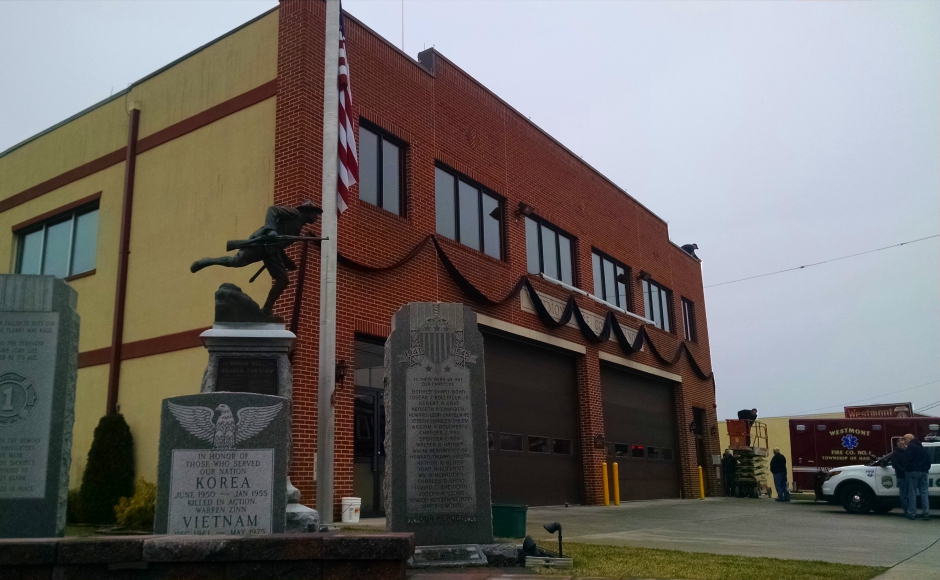 Members of the Westmont Fire Company No. 1 hang bunting outside the station to mark the passing of Asst. Chief Mike Vitelli. Credit: Matt Skoufalos.

“I don’t think he missed more than three times in all those years,” he said.

Tessing, who shares a birthday with Vitelli, remembered his colleague’s good sense of humor and “very, very friendly” demeanor as valuable contributions to the atmosphere at the fire station.

“It’s a brotherhood,” Tessing said. “We’re very close; we’re very tight. That makes what we do much better. It’s like one large family here.”

Firefighting is a generational tradition, and Vitelli’s son-in-law, James Heckers, and daughter, Tracy Heckers, both members of the fire company, will carry on in his absence.

They will not be alone in their grief, Tessing said.

“We don’t ever forget and not think about who is gone,” he said. “The organization here is one large group, and it’s very devastating when we lose some.”

“You will be remembered,” Medes said. “Nobody’s forgotten.”

Relatives and friends are invited to attend a viewing from 6 to 9 p.m. on Tuesday, January 24, at Saint Teresa of Calcutta Parish Holy Saviour Church in Haddon Township. A mass for Vitelli will be held at 10:30 a.m. Wednesday, January 25 at the same; he will be interred thereafter at Locustwood Memorial Park in Cherry Hill. In lieu of flowers, mourners are invited to make a contribution to his memory to Westmont Fire Co. No. 1.