A group of bike advocates is hoping to driver broader acceptance of cycling culture as a critical infrastructure and cultural issue throughout the region. 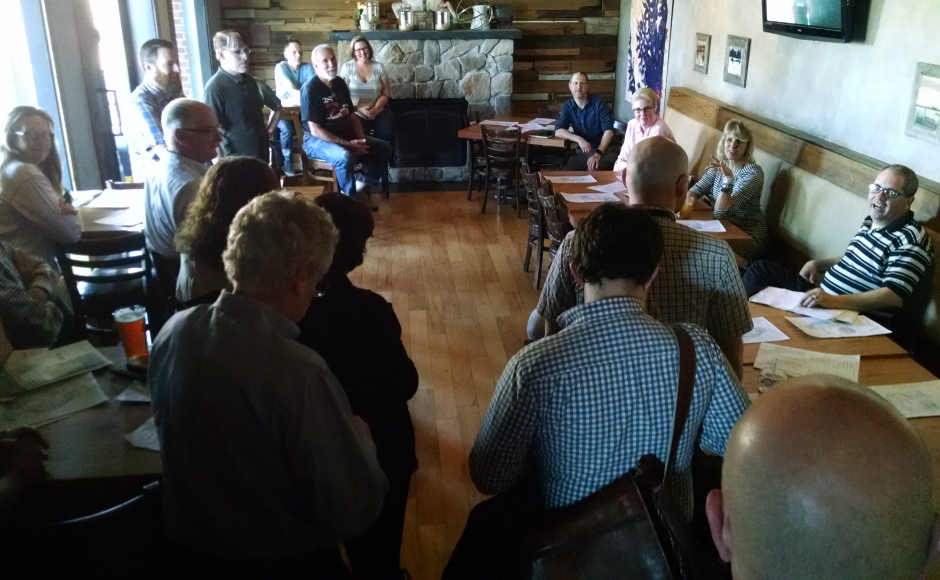 Leigh and Charles Phillips of Haddon Township have been biking together for years, even trekking the 236 miles from Atlantic City to Chincoteague, Virginia last summer.

Charles Phillips’ bicycle commute to his Cherry Hill office involves major county roads like Haddon Avenue, Grove Street, and Haddonfield Road; from Kresson to Cooper, “we call it the gauntlet,” he said.

“I just hold my breath because I feel like one day I’m going to get run over,” Leigh Phillips said. “I would like that not to happen.”

In a banquet room at Keg & Kitchen on Monday, people like the Phillipses and their neighbors gathered to talk about the challenges of navigating regional roadways as cyclists. Organizing as a group under the banner of Bike Camden County, they hope to drive broader change through advocacy and education around infrastructure needs and the behaviors of drivers and cyclists.

The meet-up was led by John Boyle, who is also the research director for the Bicycle Coalition of Greater Philadelphia. He said that Bike Camden County could serve to bridge a variety of communities, from people who are regular riders to those who stay off the open roads for fear of becoming a statistic. 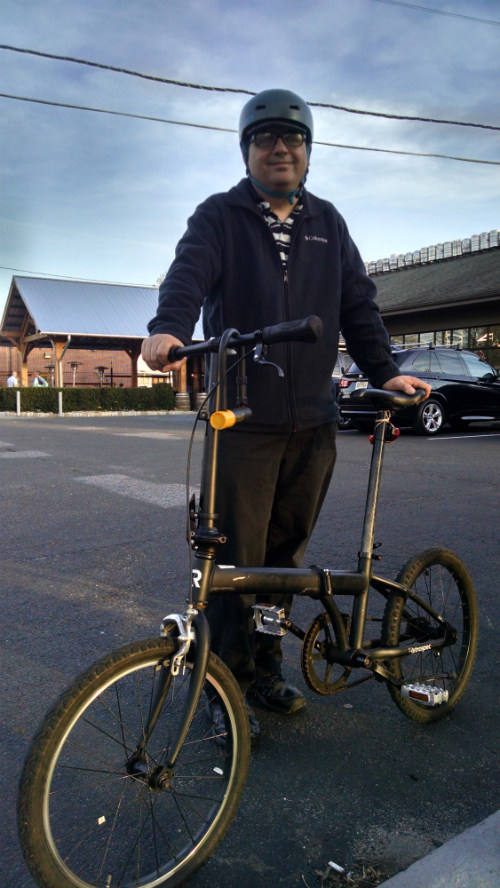 “I think cyclists feel alone and vulnerable out on the roads moreso than pedestrians,” Boyle said. “We’re out there on the streets, and we have to deal with either aggressive drivers or drivers who don’t know how to react around bicyclists.

“The idea of having a network of low-stress streets is to bridge those islands [and]create low-stress trips so you don’t feel like you’re on the edge of death,” he said.

Boyle believes in a two-part infrastructure and education approach, and both will be long-term developments. By including bike paths and lanes in municipal and county plans—and following commitments that have already been outlined within them—elected officials can safeguard conditions for riders regionally and for years to come. Those issues don’t generally surface without advocacy, he said.

“Political will is the first thing that needs to happen,” Boyle said. “The infrastructure will not just show up, especially if our elected officials don’t think it’s an important mode of transportation.”

Fitting bike lanes in is often simply a matter of restriping the road surface; narrow car travel lanes slow vehicles, making them safer for cyclists, who are “much more likely to survive a crash at 20 miles per hour than 40,” Boyle said. Intelligent design of roadways to accommodate safer crossing points for pedestrians and cyclists is another mechanism by which officials can drive towards “Vision Zero,” a goal of creating a highway system with no fatalities or serious injuries. To get there requires the participation of “everyone out there who wants to get into a car,” Boyle said.

The complement to designing better roadways and infrastructure is educating cyclists and drivers about the rules of the road and the understanding that’s required to safely navigate it. Local cyclists can support both, not only by patterning better behavior for newcomers, but by lending their local knowledge to bike route planners, said Laurel Springs resident Mike Cannon.

“We’re the ones who know how all the pieces of the county connect,” Cannon said. “We have a wonderful opportunity to share knowledge.” 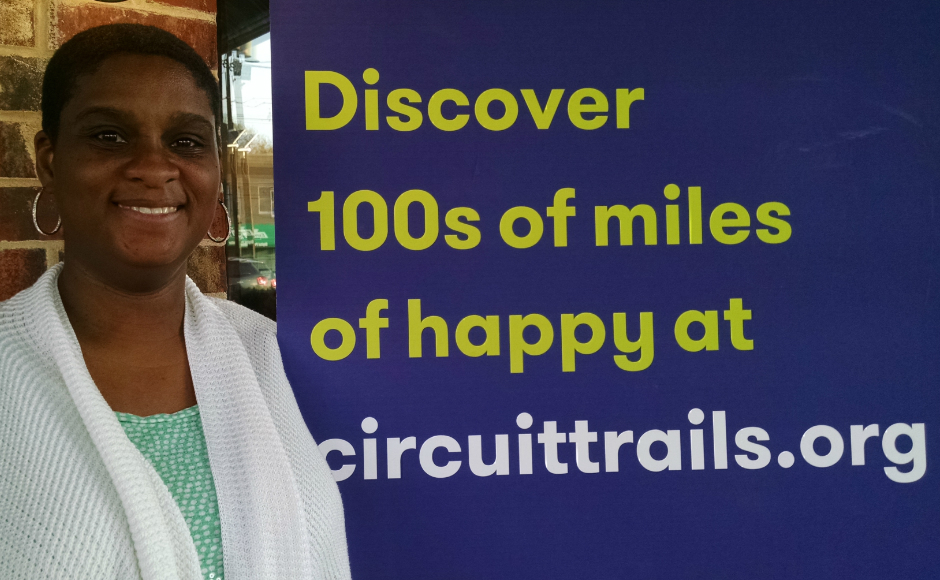 Olivia Glenn, Vice-Chair of the Circuit Trail Coalition of New Jersey, said her organization is working to unite different stakeholders in support of the regional circuit trails and more localized “core spines” within the nine-county area.

The coalition includes “hundreds of miles of multi-use trails” throughout the Greater Philadelphia region, Glenn said. Its mission is “to serve a cross-section of experience, from cyclists to moms and dads with strollers.

“The circuit brings everybody together to talk about what is our shared vision for moving forward, setting priorities for trails, and [determining]how they can be advanced,” she said.

Jay Jones is a member of the Way-to-Go Task Force for Sustainable Cherry Hill and a former International Mountain Bike Association state representative. In Cherry Hill, where a number of byways are state and county roads, neighborhoods aren’t connected by sidewalks, let alone by bike paths. After the township adopted a Complete Streets policy plan, bike lanes and sidewalks are added whenever roads are overhauled or new roads are laid. In the meanwhile, cyclists may be able to rely on “soft paths,” or unpaved roads, among its trail systems.

“All these networks need to be able to link together to create an overall structure,” Jones said. “Cherry Hill has these trail systems, but people need to see those trails as connectors. The circuit isn’t all paved paths.” 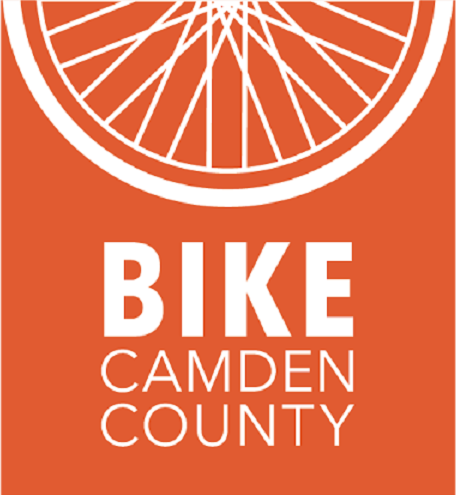 By revisiting the Camden County bicycle master plan as citizen advocates, Jones wants members of his group to be able to push for greater access to the roadways for people who want to walk, bike, and run without fear of becoming an accident victim.

Residents must make a careful and consistent effort to connect with their elected officials on such issued, because “if you don’t, the paid lobbyists are,” he said.

Jones’ mother, Assemblywoman Patricia Egan Jones (D, NJ-5) is a supporter of New Jersey’s Safe Passing bill, which would ask cars to yield a minimum of four feet of roadway to cyclists, pedestrians, and road workers. However, creating a safer roadway culture is, for lack of a better term, a two-way street.

“People get in their car and they put their foot on the gas pedal without thinking,” Egan Jones said. “What froths the general public is when bikers don’t have lights and they’re out from dusk ‘til dawn.”

With broader bike access, people like Tim Ifill, who served on the board of the Greater Philadelphia Bicycle Coalition for seven years before moving to Collingswood, will have better luck undoing his “default setting” for car trips.

“If the infrastructure is there, more people will be comfortable with biking, and everything else builds from there,” Ifill said. “I’m trying to work more bike trips into my day.” 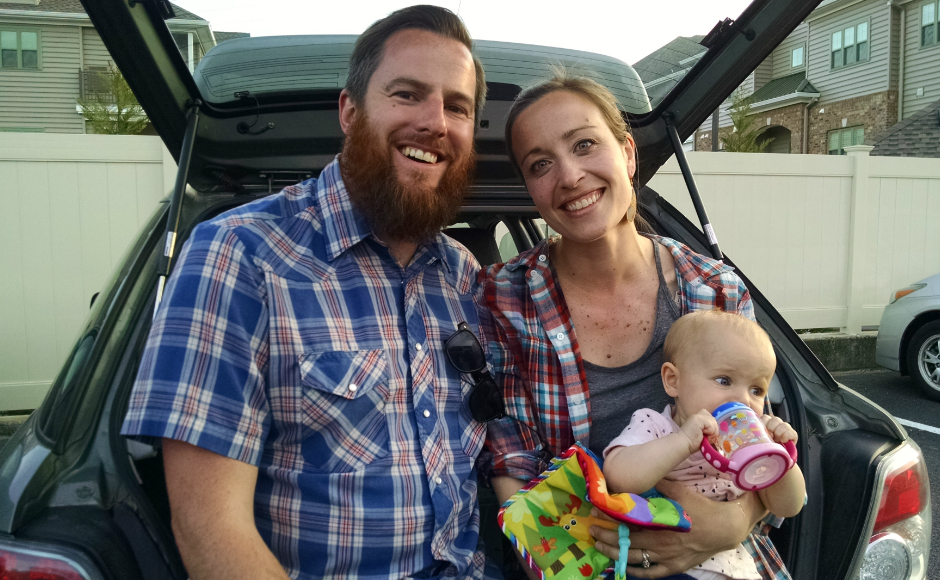 Since strapping on a bike helmet more regularly, Collingswood resident Philip Pierdomenico said he’d “done a complete reversal from driving everywhere to not having to drive at all.”

The challenge for cyclists, as he sees it, is “to be seen more as a part of traffic and not an obstacle in the way of all these cars.

“Even though I hear a lot more about people biking more, not just for recreation but as a primary means of transportation, I think we’re still very much stuck in an auto-centric society,” Pierdomenico said. “Anything that’s not a car is just treated as an obstacle. People will still park in the bike lane, particularly UPS, FedEx. So there’s a whole cultural shift that has to happen.”