Trending
You are at:Home»Opinion»Bob Castle: Stray Thoughts (Mostly Sour) on the Oscars

As entertainment writers gear up for the 92nd Annual Academy Awards, critic Bob Castle of the Collingswood Cinema Society explains why he can do without the whole ceremony, even as it forges on. 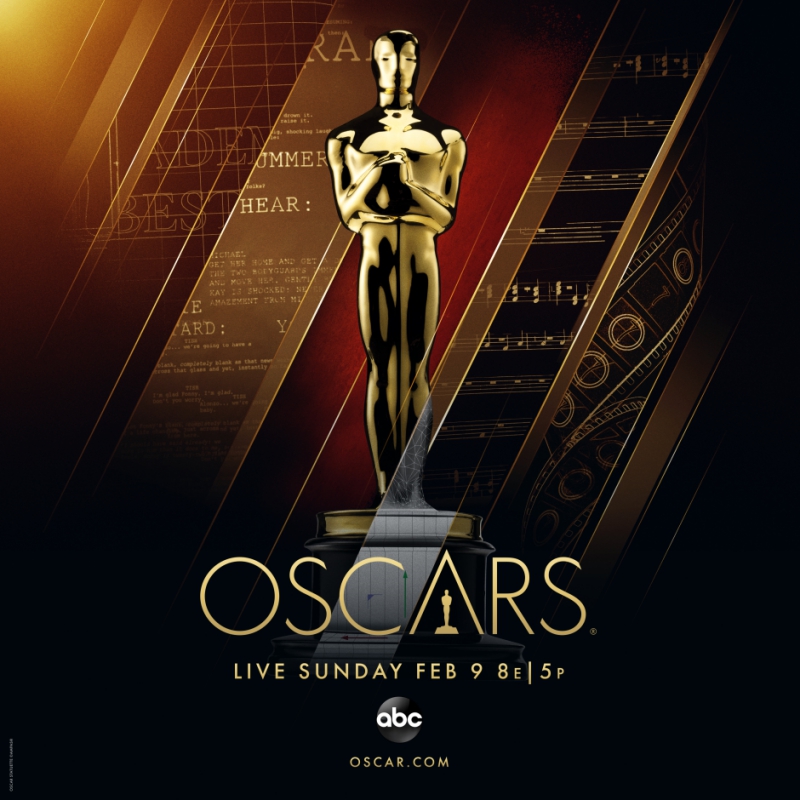 I have little regard for awards ceremonies, for many reasons that I won’t bore you with.

Regardless of my feelings for the Oscars, however, I have grown up with them, and they have become a frame of reference for my movie-watching.

The proceedings could be improved with a few modest alterations, which I’ll get into later.

For now, the upcoming ceremony has provoked a few thoughts.

1. The problem with not having seen the nominated films.

Still not as bad as the Emmys, where I haven’t heard of many—and haven’t seen most—of the television shows nominated.

This year I saw four nominated movies, and may see a couple more; of the 2019 nominees, I saw only one. In 2018, I went seven for nine, and I liked most of them.

2. This year’s Oscars are actually awarded for last year’s movies.

Yeah, Bob, so what? Because it’s confusing enough that even Jeopardy! couldn’t keep it straight in the final question of its December 10, 2019 episode.

The category: Oscar-winning films. The clue: “The first words spoken in this 1970 Best Picture Oscar winner are ‘Ten-hut!’ ‘Be Seated.’”

Speaking of Midnight Cowboy, in the years before the MPAA ratings system, the film was rated X. After winning Best Picture, however, its rating was changed to R. Thus, parents could bring their teenage children to the theater to see a male hustler in action.

Back to Midnight Cowboy one more time: Sylvia Miles received a best supporting actress nomination for her performance in the film, but was barely in it for 10 minutes.

Then again, Anthony Hopkins was onscreen for less than 20 minutes in Silence of the Lambs, but they were enough to snag Best Actor honors in 1992. Of course, his costar Jody Foster, director Jonathan Demme, and the film itself also took home statuettes that year.

Screen-time logic goes out the window completely in the case of Training Day (2004), for which Denzel Washington won the 2005 Best Actor award; his costar Ethan Hawke, who was onscreen longer (and whom the story’s really about), was only nominated for Best Supporting Actor.

It seems that the more films nominated for Best Picture, the weaker the winner appears. I couldn’t name many winners of the last decade because the award itself isn’t enough to get me to rent the DVD or stream the film.

In the 1930s, there were eight to 10 nominees. Back then, the studios had an interest in using the Oscars as an advertising tool, since movies made their rounds in theaters for years. For example, Ben-Hur was released in 1959, but I saw it on a big-screen, downtown Philadelphia theater in 1970.

Once Upon a Time in Hollywood (2019) was one of the great movie experiences for me this century, so I suppose it would be my default 2020 Best Picture winner. 1917 would be second, because World War I has always been my favorite, and I’m a sucker for one-take films (see Russian Ark [2002]). A couple weeks ago I watched Ad Astra, with Brad Pitt. The film was excellent, and if I cared, I would vainly champion it as nominee.

“First of all, ‘Hustlers’ is not an ‘Oscar movie.’ It’s a little too rough around the edges, and I’m assuming some other people in the acting category didn’t see it,” said a longtime character actor and Academy member. “Florence Pugh seems to have gotten the J.Lo spot — maybe because ‘Little Women’ is a prestige movie and she’s a bright, new star.

“Actors tend to think of Jennifer Lopez as a phenomenon more than an actress, per se. [It’s like last year, when] Lady Gaga lost the Oscar to Olivia Colman — a real actor’s actor.”

You can’t spare the Academy in any critique of the Academy Awards, especially given the mystery around its voting body versus the public knowledge of its demographics. In 2012, reporters from the L.A. Times tried to identify the 5,765 voting members of the Academy, and could only confirm the identities of 5,100 of them.

They discovered that 94 percent were Caucasian, 77 percent were male, and 54 percent were older than 60. Only 33 percent are former nominees (14 percent) or winners (19 percent). From the same report:

“But membership is generally for life, and hundreds of academy voters haven’t worked on a movie in decades. Some are people who have left the movie business entirely but continue to vote on the Oscars — including a nun, a bookstore owner and a retired Peace Corps recruiter. Under academy rules, their votes count the same as ballots cast by the likes of Julia Roberts, George Clooney and Leonardo DiCaprio.”

That piece was written eight years ago, and there are still complaints about a lack of ethnic and racial diversity among voters. The Academy implemented changes in membership to correct the problem. So far, they haven’t resulted in more diverse nominees, and AMPAS continues to draw criticism for it.

Last year, Kevin Hart stepped away as Oscars host because of backlash to a history of homophobic jokes in his comedy. Consequently, there was no host. The ceremony survived.

I can’t evaluate this development because a) – I didn’t watch the show, and b)  – I don’t know whether the no-host Oscars will continue. But I have been around long enough to have experienced three very popular hosts.

Bob Hope hosted the awards 18 times, starting in 1940. His comic-quipping is ideal for the show, and his jokes mirrored many of his breaking-the-fourth-wall jokes in his Road movies with Bing Crosby.

Johnny Carson, my personal favorite, an idol of adolescence and my twenties, hosted five times. He could cut up the movies and celebrities more sharply than Hope did.

Billy Crystal, who hosted nine times, seemed to put the most energy in his opening routine. Maybe too much.

George C. Scott is as well known for playing Patton as for refusing to accept an Oscar for it because he did not feel himself to be in competition with other actors. Scott also refused a nomination for The Hustler (1961).

In 1973, Marlon Brando declined the Best Actor award for The Godfather, but leveraged the opportunity to advocate for the American Indian Movement, which that year had had a violent, 71-day standoff with law enforcement during its occupation of the South Dakota town of Wounded Knee.

In his place, Brando sent Apache actress and activist Sacheen Littlefeather, who delivered impromptu remarks explaining his rejection of the honor and a long-form speech, which was published in the papers the next day.

Later in the broadcast, before giving out the Best Picture Award, Clint Eastwood remarked whether he should present the Oscar “on behalf of all the cowboys shot in John Ford westerns over the years.” Since these episodes, the ceremonies have become a platform for causes and emotional diatribes.

(My favorite rejection of a major award outside the movies: Jean Paul Sartre refused the Nobel Prize for Literature in 1964 to avoid too closely aligning himself with any institution.)

I would simply announce the winners and bag the ceremony. No red carpet, no emcees, no acceptance speeches.

The Golden Raspberry Awards (The Razzies), which, for 40 years has celebrated the Worst Achievements in Film, operates this way. For a year, I paid dues to be a Razzie voter, but was disappointed when it came time to vote.

It was 2004, the year Gigli, starring Jennifer Lopez and Ben Affleck, swept most of the dishonors. I was sent a shortlist that all but guaranteed Gigli would live up to its negative hype. I wrote in a few films, but it was as fruitless as an Election Day write-in. Perhaps Gigli’s infamy is behind Lopez’s Hustlers snub these many years later.

9. There are too many awards shows.