First responders were on the scene shortly after noon on Thanksgiving. The investigation is ongoing. 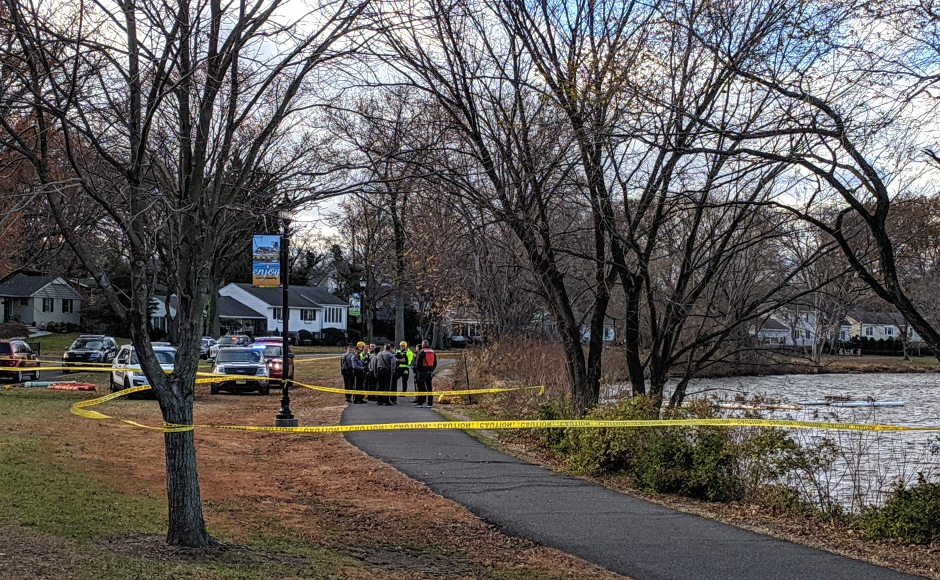 UPDATE: A body recovered on the Collingswood shore of Cooper River Park was identified as that of a 62-year-old Camden City woman.

First responders were called to the 200 block of South Park Drive around noon on Thanksgiving for a report of a person in the water.

Upon arrival, they determined the individual to have been deceased.

About half an hour later, firefighters were preparing to enter the churning river to recover the body, winds whipping caution tape while they waited for the coroner to arrive.

By Thursday evening, CCPO had identified the victim, but released no additional information, citing the ongoing nature of the investigation.