A string of incidents involving students at the district high school and middle school campus have led officials to pursue comprehensive remedies, but changing culture will take time. 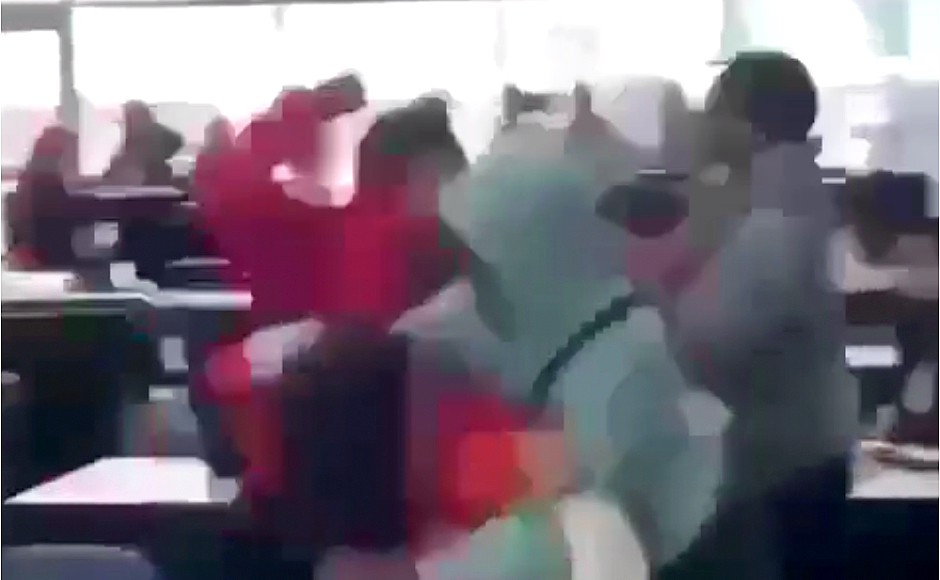 The day after a fight at Collingswood High School (CHS) sent one student to the hospital and left two others facing criminal charges, local authorities are working to figure out how best to cool off a school environment they say is marred by ongoing safety concerns.

Collingswood Superintendent of Schools Fredrick McDowell described Wednesday’s incident as “pre-meditated” for having occurred during a busy lunch period, and in view of several students who recorded and circulated video of the attack.

Although the fight was shocking in terms of both its violence and staged nature — one teacher was elbowed in the face trying to break it up — it’s far from the only recent incident that has risen to the level of police involvement in the district:

‘We need to take some action right now’

In a November 4, 2022 letter from Collingswood Mayor Jim Maley to the borough Board of Education, the municipal government identified “more than 100 calls to police at Collingswood schools between 2018 and 2022, including but not limited to weapons possession, aggravated assault, trespassing, sex offenses, and kidnapping.

“More than 30 percent of the borough’s weapons reports or charges during that same timeframe occurred on the High School/Middle School campus,” Maley wrote.

Although the total number and nature of calls for police service from the school were not documented in that letter, nor was the full count of weapons reports or charges for the borough during that time, Maley believes the volume and nature of safety concerns at the high school merits a “full-court press” from authorities.

“We’ve got to do something, because there’s a pattern,” the mayor said. “We need to take some action right now.”

Last week, the district announced that it had won a $1.9-million, two-year federal grant to provide trauma-informed care for students in the district facing a variety of serious challenges, ranging from homelessness and food insecurity to suicidal ideation, violence, and criminal behavior, as described by McDowell.

Those funds will be used to hire several mental, physical, and behavioral health professionals, and to create an on-campus wellness center to address the “sometimes-extreme levels of depression and anxiety, which manifests in disruptive behavior” among Collingswood high-school and middle-school students, the superintendent said.

The borough mayor and police chief, however, believe that the district can go a step further, and retain a school resource officer (SRO), reinstating a program that once placed a full-time police officer in the building. That program was discontinued years ago during budget cutbacks, but might be what’s needed again as a component of responses to concerns, Maley said.

“Back in the day, a lot of times, the kid would tell the cop,” he said. “They gave them that info, and that, to me, was always the biggest value, because kids confided in him, and that stopped a lot of stuff.”

The mayor argued that the elevated police presence at the campus Thursday morning in the wake of the prior day’s fight is an example of the type of deterrent an SRO could provide.

“You need to do every component of this,” he said. “I get all the academic studies. When [the SRO program] ran here, we had none of those issues.” 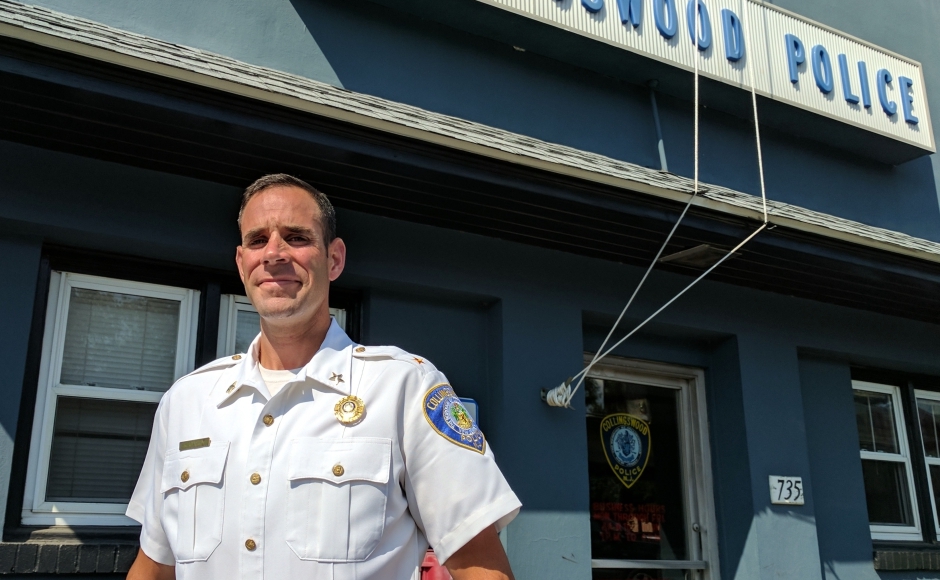 For his part, Carey believes that more closely integrating local law enforcement with district professionals can help create a consistency of experience for students by sharing information across both environments.

“It’s not to get them in trouble, it’s to mold the plan,” the chief said.

“I’m looking to be part of the solution.

“I don’t want [the district]to come up with a solution and leave the borough, leave the police out of it,” he said.

“That’s not the best program to build.”

Carey said he’d like law enforcement to work with school officials, social workers, counselors, and case managers to have weekly “huddles,” the better to help keep kids who’ve already had encounters with police out of trouble outside of school. He envisions the function of an SRO as a liaison between the police department and the school in terms of a shared services agreement that could take a variety of forms.

“I think it’s hard to define exactly what that is, because I think it fits what the school’s needs are, and that job description can be fluid in a way that schools change,” Carey said. “You need to have that partnership, that communication, to determine what that job is going to do to help the school environment.” 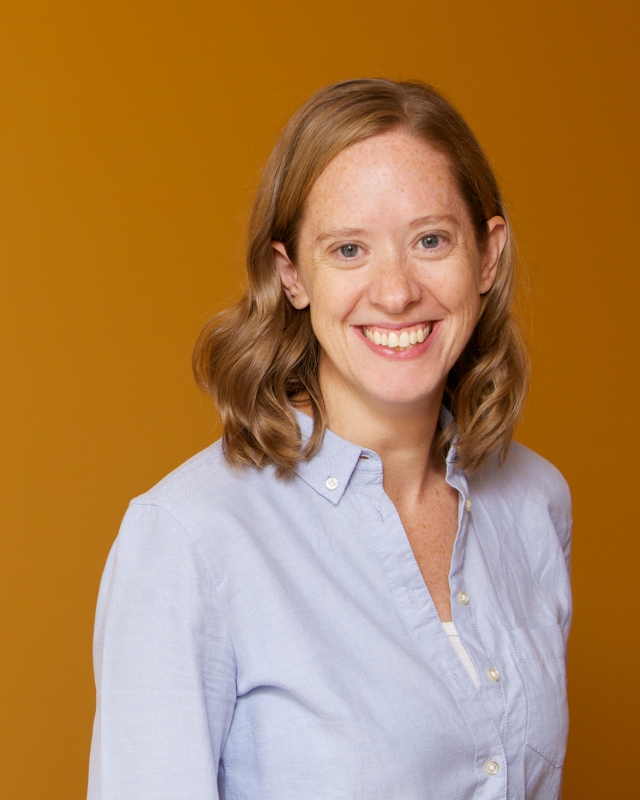 ‘Nothing starts and ends at school’

As far as the local school board is concerned, however, collaborating more closely with the local police department doesn’t necessarily mean staffing an onsite law enforcement officer.

Collingswood Board of Education President Regan Kaiden said that district leadership already speaks routinely with borough police and municipal leaders, and that those conversations need to take a more comprehensive, collaborative approach to the present-day issues.

“It isn’t that this dialogue has stalled, or isn’t happening,” Kaiden said.

“All we want is a productive working relationship with the borough.

“How do we make sure that whatever solution the borough and the district comes up with together in a juvenile justice framing meets the needs of all of our students and the town?” she said.

“It’s unrealistic to think one person’s going to solve all the problems,” Kaiden said. “These are huge conversations. Nothing starts and ends at school.”

Kaiden said that the board is working to address the systemic problems that put kids into confrontational situations, both in terms of mental health and school culture. In the coming calendar year, she said, CHS teachers and staff will begin “robust professional development around cultural competency,” in the hopes of interrupting those classroom behaviors that precipitate outbursts like Wednesday’s fight.

“Misbehavior in class that seems to be on the rise seems to be a result of the pandemic trauma,” she said.

“They’ve seen an uptick in disruptive behaviors, and because this was not something that’s always been an issue in CHS, the response has varied. Because there’s not been a consistency to that, kids are trying to figure out what they can get away with and what they can’t. How do we help them not act that way?”

Collingswood School Board Member Matt Craig said he hopes that more professional development will help students, staff, and administrators to set expectations for student behavior, levy consequences, and communicate better at all levels. 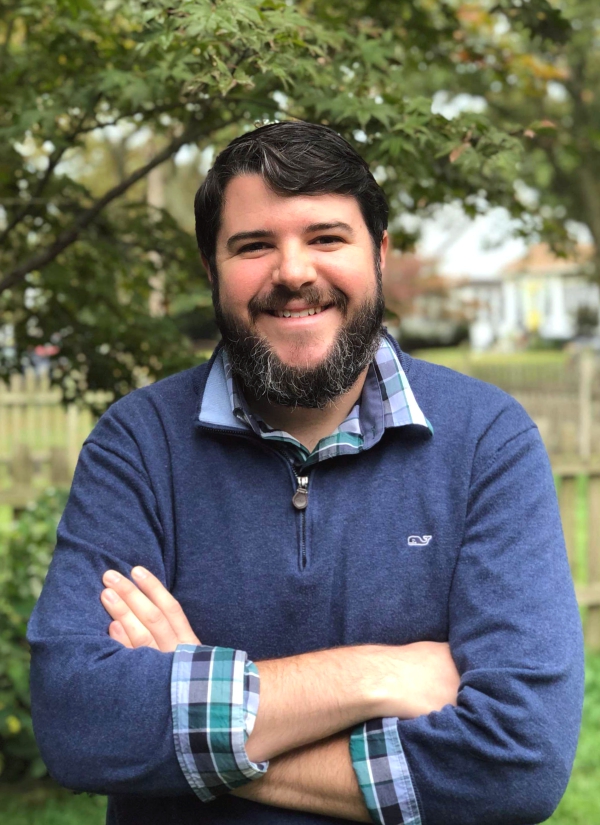 “The vast majority of the kids at the school are going to classes, working hard, are involved, and are getting the most out of their high-school experience,” Craig said.

“I think we’re looking at a small group of kids that we need to target specifically, and have to work with.

“We’re going to offer a different approach than we have in the past,” he said.

“Our best teachers have strong relationships with their kids, and they’re able to utilize that.

“I’m looking for more opportunities for teachers to lead in spaces, and talk about how that’s working for them to help others.

“Relationships are a skill,” Craig said. “How do we build you up and give you that skill?”

At CHS and CMS, where school-choice students and those from Oaklyn and Woodlynne join Collingswood students who’ve spent their whole academic careers in the district, Craig said professionals must work together at all levels to “build culture across groups in a meaningful way.

“How are administrators working to break that down?” he said.

“What needs to be addressed? A lot of this comes back to what’s going on, and do parents understand what’s happening? How are we reflecting back before something like this happens?”

For his part, McDowell said the question facing the district isn’t whether it needs an SRO, but what level of safety and security services are needed to keep students safe, and how can Collingswood schools form better partnerships with the borough government and police force to deliver it.

“From my perspective as an educator, I believe it should be a ‘yes-and’ conversation,” the superintendent said.

“Both sides of the conversation are valid. That’s why we’re attempting to evolve the conversation so you don’t have to sacrifice getting to root cause without dealing with what’s right in our face.” 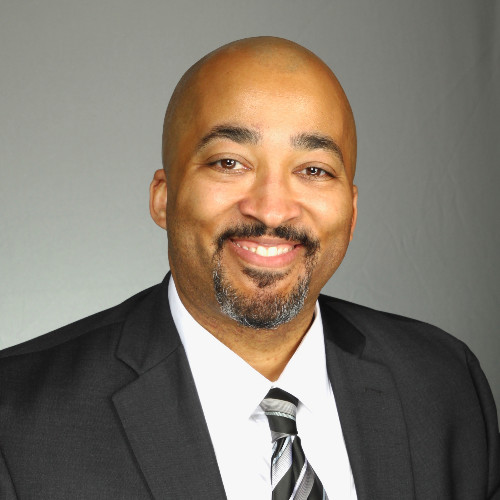 McDowell, who described himself as hailing from a military and law enforcement family, said he joined the district long after it had last retained an SRO.

In the time since, he said, the district has changed in ways that reflect the evolution of the community around it.

Addressing its students’ needs as they exist in 2022 requires building up the capabilities of staff to communicate effectively with them.

“When you have a much more diverse group of learners, you need new strategies,” the superintendent said.

“We’re working with a multigenerational, multiethnic, multilingual community, and our strategies have to be updated to reflect that reality.”

McDowell also spoke to “some unfortunate undertones that have surfaced” among parents in the community making sweeping generalizations about the children involved in the security incidents that have troubled the district “because the Collingswood in 2022 is significantly different than the Collingswood in the year 2000.”

“Yes, we’ve made positive change in our community, but we’re not so far removed from that,” he said. “Our community is diverse, and their needs are diverse, so it will take more time for some folks to adjust to the new reality.

“Most parents, the thought of their child getting injured causes fear and anxiety,” McDowell said. “That is a natural response. I also want my children to go to school in peace and be safe.

“We’re going to be working with the high school administration and faculty to address the most immediate concerns, but the building of culture is a process, and it takes time to do that,” he said.