Trending
You are at:Home»Business»Boutique Bricks: Collectors Flock to LEGO Store in Cherry Hill 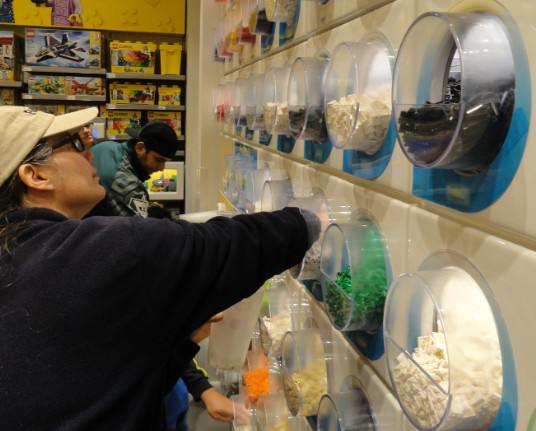 In the age of the reboot, LEGO has become one of the most successful lenses through which an increasingly reductive popular culture can be filtered.

Box office returns for The LEGO Movie pulled in nearly a half-billion dollars worldwide, and added another $112 million in DVD and Blu-Ray sales.

The 50-year-old Danish toymaker has become arguably the strongest brand in the world, a Brand Finance study declared in February, with a big-tent approach to audiences of all ages, nations, and interests. Its bricks have laid the foundation for art therapy projects, robotics education, and museum exhibitions. 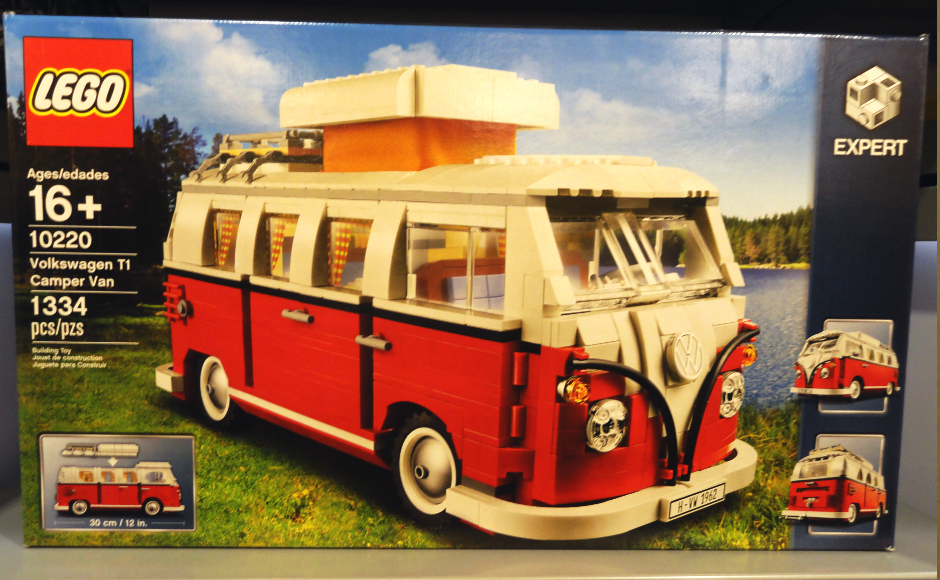 LEGO builder clubs fill convention centers and school libraries across the country, and for nearly 25 years, the company has expanded its retail presence with a chain of dedicated LEGO brand stores.

The first of these in South Jersey opened Friday morning in the Cherry Hill Mall. Half an hour before the shop opened its doors, a line of guests more old than young stretched past several storefronts.

“I’ve been a collector since I was very young,” said Aaron Spack, 33, who traveled from Northeast Philadelphia for the opening.

Spack keeps his finished LEGO sets in his basement; his daughter has her own collection too. The bigger ones stay in their boxes until he can make more room for them. By the end of Spack’s trip, they will be joined by the Red Five X-Wing on which he’s had his eye. The LEGO retail outlet offers diehards like Spack the opportunity to kibbitz as well as to snag rarer models. 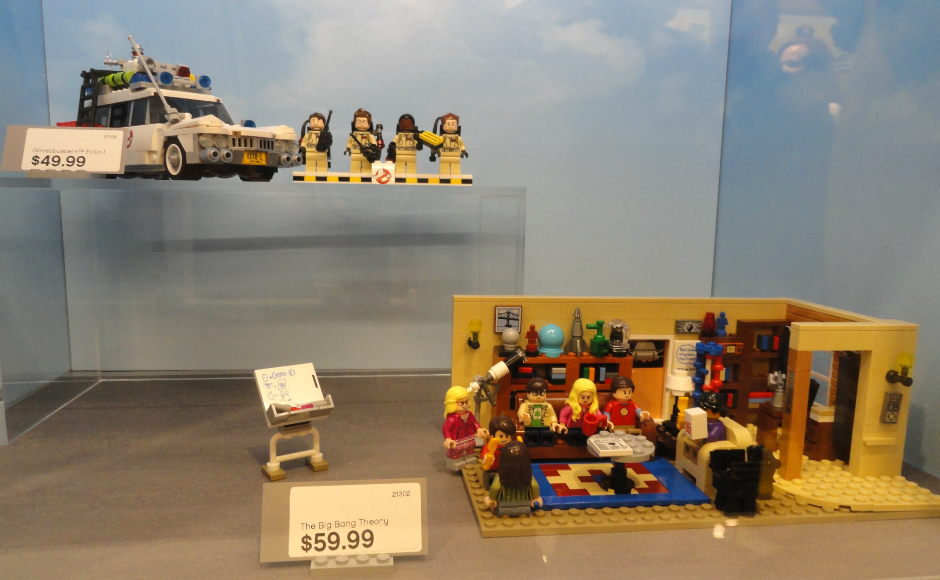 “You can basically find your white whale,” he said.

As in any collectable market, speculation is a fact of life in the LEGO world. Robert Reese, a pipefitter from Mt. Holly, was on hand to scout the new location for his wife.

The value of some Lego sets can escalate quickly, sometimes in a matter of months, Reese said. A factory-sealed set of a zombie bride, groom, and limo driver from the LEGO Monster Fighters series was introduced at $50, but now sells around five times that amount.

“Certain things you just know to hold onto,” Reese said. “Until they stop producing them, you don’t know how many they’ve produced.” 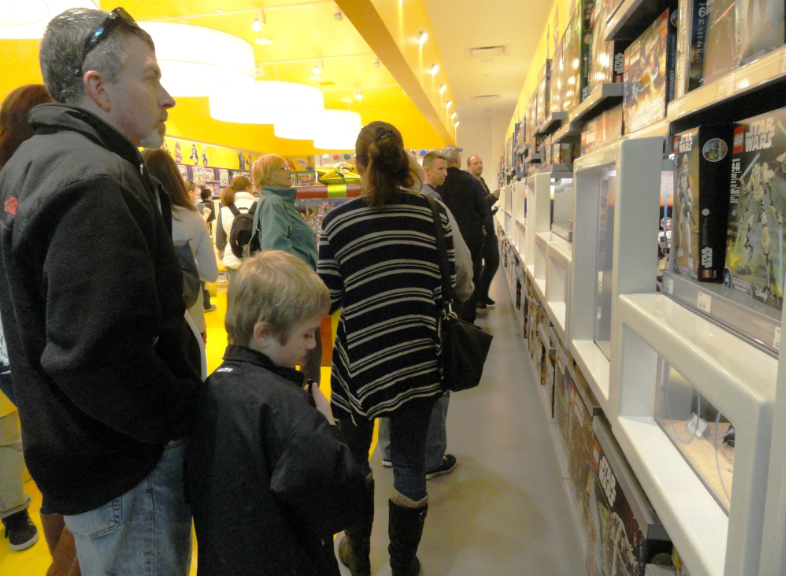 Even those shoppers who aren’t nostalgic for a set of LEGO Ghostbusters or a collectible investment still hold a fondness for the building toy from their childhoods.

Gene and Jeanne Ferguson of Oaklyn were christening their second LEGO Store, having traveled to the Freehold Mall kickoff in June 2013, and to the King of Prussia and Christiana malls for meetings of the LEGO Builder’s Club.

“We would tell them, ‘You need a store in Cherry Hill or Philadelphia so we don’t have to keep tramping down here,’” Jeanne Ferguson said.

Their 10- and 46-year-old sons both enjoy the building toy as much as their parents do, the Fergusons said.The older brother is keen on a set that modeled after the cast of the sitcom The Big Bang Theory; his younger brother is a fan of the video game LEGO Dimensions, which obliges parents to spend $100 on “35¢ worth of plastic and another 55¢ of RFID technology,” Gene Ferguson quipped.

“LEGO itself is a constant,” Jeanne Ferguson said. “It’s a dependable, decent toy. And they have superb marketing.” 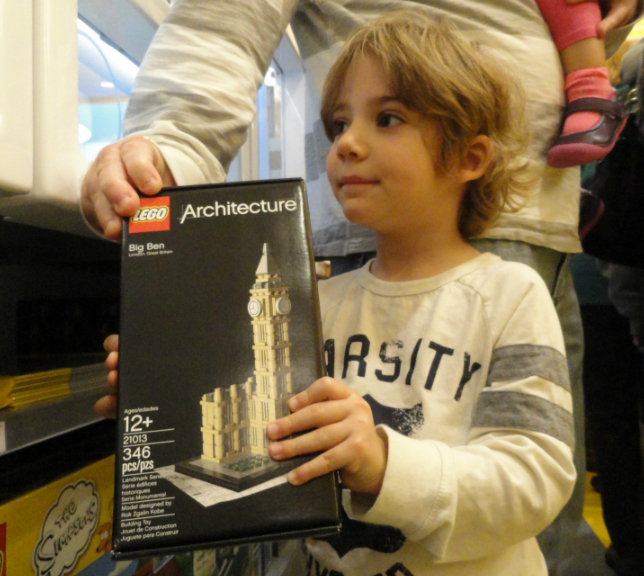 “All the tie-ins at the right time,” her husband added. “It’s [also]very well done for the kids. There’s enough detail that it gets them hooked.”

John Hill of Voorhees, one of the few adults in the line to be accompanied by children, said his son, Jack Thomas, was in search of an architectural set of the Statue of Liberty. When that wasn’t around, he settled for a model of Big Ben.

Hill wonders if Jack’s interest will lead to a career in architecture.

“Anything he can build, he wants to build it,” Hill said.

Temporary store manager Alfred DiCamio, who commuted to Cherry Hill from Paramus for the opening weekend, said the expanded inventory at the LEGO brand store caters to young children as well as to their parents, the “AFOL’s,” or Adult Fans of LEGO. For both sets of fans, the store offers shopper loyalty promotions, monthly building sessions, and collectible giveaways. 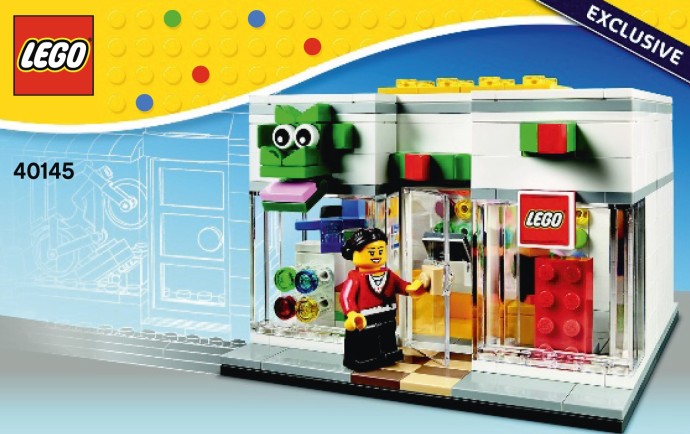 The set customers will receive on Saturday is an exercise in self-reference: the first 300 customers to spend $100 or more in the store will take home a special model of the LEGO store itself (set number 40145).

On eBay, the sets are fetching $130-180, prices that underscore the message communicated by the lines in the mall, the box office returns, and the cross-sections of customers: LEGO is not only a cultural lens, but an economic amplifier, the strength of which is undiminished even when all it’s doing is rebroadcasting its own signal.