Trending
You are at:Home»Police & Fire»UPDATE: Search and Rescue Efforts at Cooper River Negative for Person in Water

Emergency personnel from several communities converge on the North Park Drive bridge in Pennsauken for a few hours Friday afternoon, but their search returns no findings. 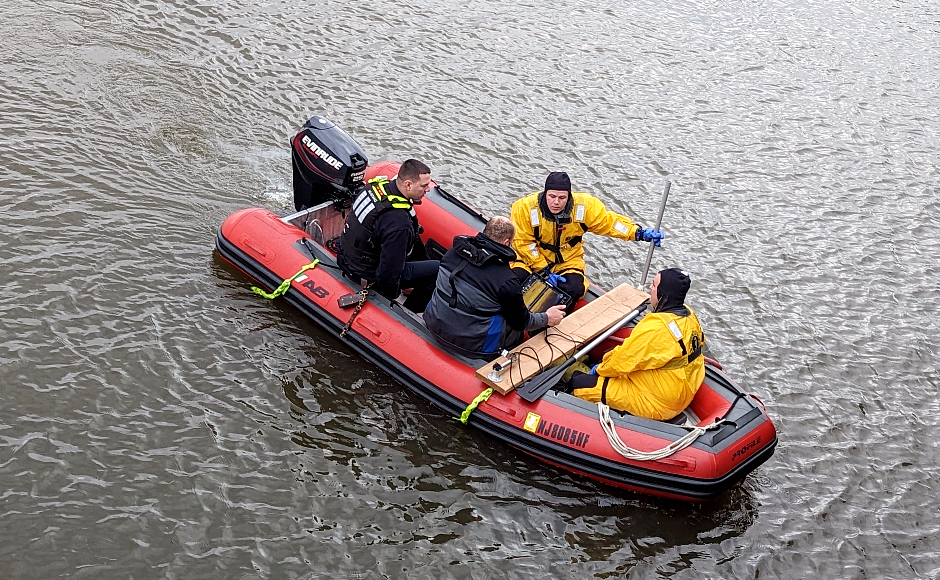 UPDATE: A search and rescue operation at Cooper River Park Friday afternoon was halted after police, firefighters, EMTs, and Camden County emergency services personnel failed to confirm a report of a person in the water.

Pennsauken Fire Chief Jonathan Hutton said units were dispatched at 1:05 p.m. to the area of Route 130 and North Park Drive after a passerby reported seeing a person enter the water.

Rescue divers were enlisted for the search, and multiple watercraft crossed under the Route 130 bridge for more than an hour in windy, 46-degree temperatures.

First responders in tactical gear swept the banks using side-scan sonar to generate an image of the underwater topography of the river used in a grid search of the area.

Yet after “systematically and methodically” combing the waterway, riverbanks, and surrounding areas, first reponders turned up nothing, Hutton said. 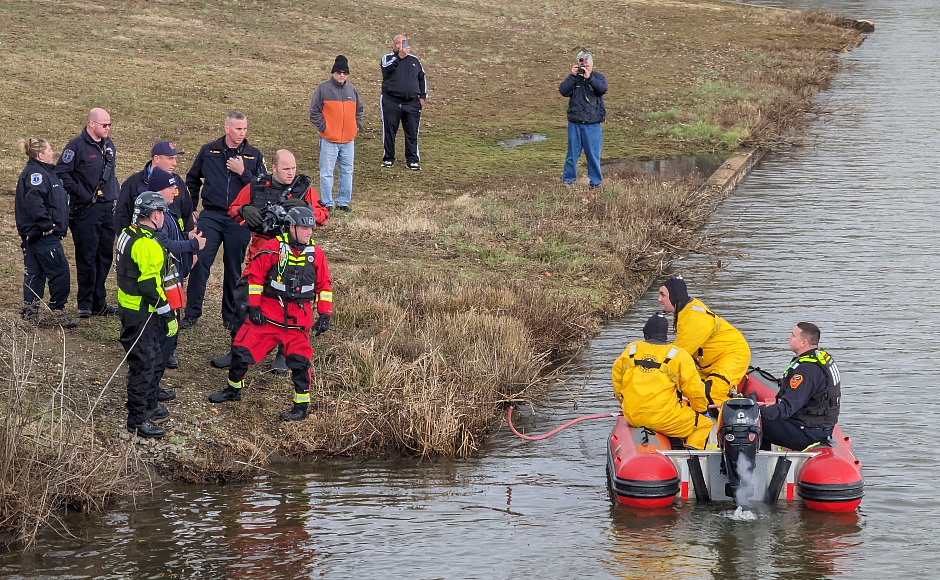 A subsequent call to the person who’d initially reported the incident yielded additional details as well, the chief said.

Instead of confirming that they had seen a person enter the water, the eyewitness clarified they had lost sight of the person they’d seen on the bridge earlier Friday.

“The searches were all negative, and [the caller] didn’t see the person go into the water,” Hutton said.

“We came to the reasonable conclusion that they weren’t in there.”

Fire companies responding to the incident included those from Bellmawr, Cherry Hill, Collingswood, Pennsauken, and Westmont, plus Pennsauken Police, Virtua paramedics, and the Camden County Office of Emergency Management.

Cooper River Park has been the site of a variety of water rescues in the past several years, including those involving pets, drivers of vehicles that have plunged into the river, and others who’ve had medical issues behind the wheel.