According to witnesses, the victim was attacked while trying to confront a shoplifter. The Camden County Prosecutor’s Office confirmed that he did not survive. This is a developing story. 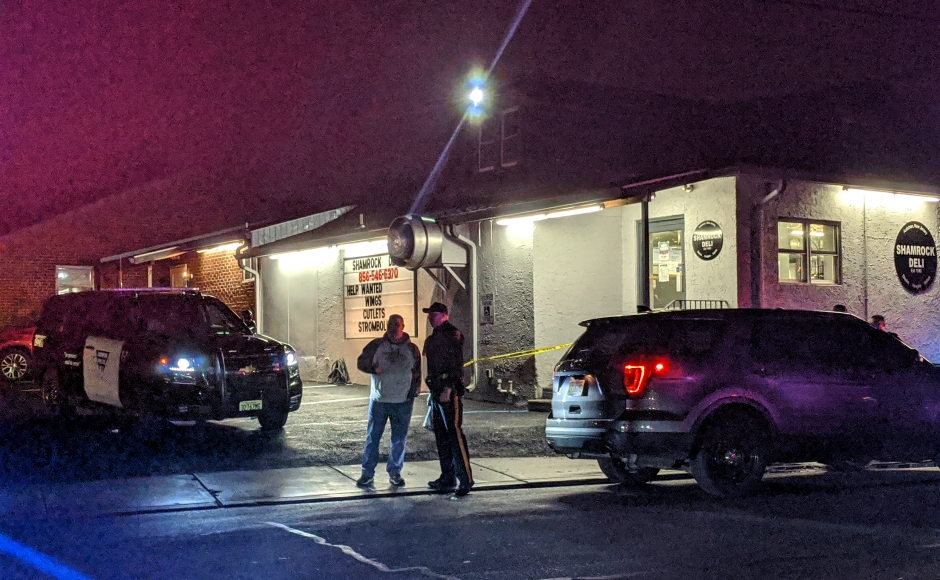 Detectives confer outside the Shamrock Deli in Audubon at the scene of a reported stabbing. Credit: Matt Skoufalos.

Audubon Police are investigating a reported stabbing at the Shamrock Deli just before 5 p.m. this evening.

According to the Camden County Prosecutor’s Office (CCPO), the incident was fatal, and no arrests had been made as of midnight on Friday.

On Saturday morning, the CCPO released a description of the suspect, and confirmed the identity of the victim as deli owner Jerry Pastore, 57, of West Berlin.

On Sunday morning, the agency charged 18-year-old Dyheam Williams of Lindenwold in the case.

Witnesses told NJ Pen that Pastore was attacked across the street from the deli while confronting a shoplifter who’d snatched the tip jar off the counter.

Brian Kelly of Bethlehem, Pennsylvania, said he was heading towards the White Horse Pike when he saw someone on the ground across the street from the deli, covered in blood, and crying.

“I thought he got hit by a car,” Kelly said.

“Next to him was another man wearing a bloodied apron, yelling across the street, ‘Call 9-1-1, he’s been stabbed.'”

Kelly said then a third person ran behind them both, jumped on a bike, and rode off; another man appeared to follow the cyclist in his car, he said.

Melanie and Ryan Ransom of Audubon pulled over when they saw the scene.

“We’re both medical, so we felt like we had to help,” Melanie Ransom said. She is a nurse; her husband Ryan is a nurse anesthetist.

Ryan Ransom crossed the street to work on the victim, whom he said had been stabbed in the neck. Another man, identified only as the fiancee of one of the deli employees, was applying pressure to the wound.

“He had a peripheral pulse, [but]  he looked like he was starting to fade out,” Ryan Ransom said. 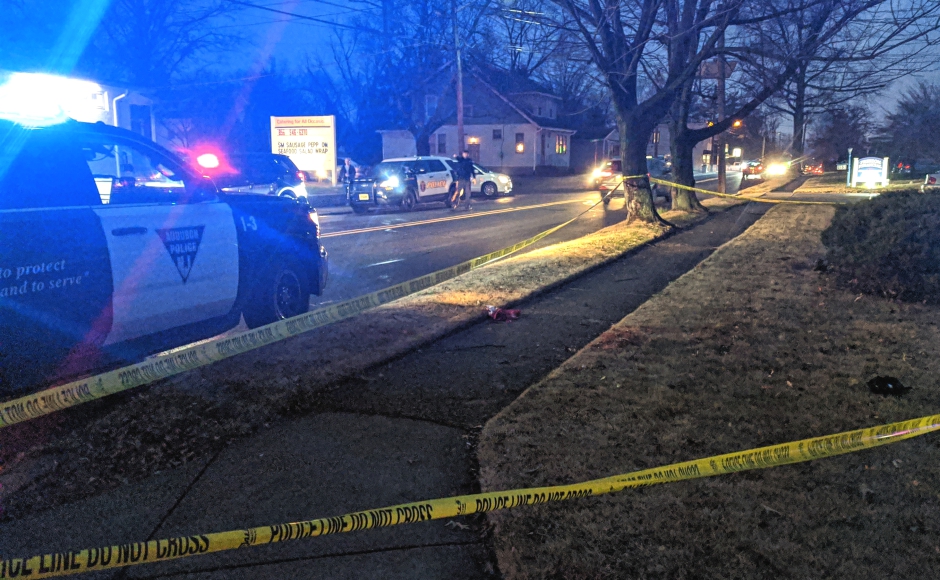 Police cordon off a sidewalk on Cuthbert Boulevard and Heather Road in Haddon Township near the scene of a stabbing. Credit: Matt Skoufalos.

Ransom worked on the victim until police transported him to the trauma unit at Cooper Hospital, according to eyewitness reports.

Paul D’Antonio of Haddon Township said he’d pulled up to the corner of Heather Road and Cuthbert Boulevard, across from the deli, and saw a man “who looked like he was inconsolable” on the sidewalk.

“I thought someone was in an accident,” D’Antonio said. “He was lying on the ground, screaming.”

According to D’Antonio, people came over to try to comfort the man, and then realized he may have been injured as well.

Shortly after 5 p.m., police from three towns had the area cordoned off, with what appeared to be bloodied clothes on the ground nearby.

Two other witnesses say a gray sedan fled the scene; one neighbor marked the time on his security cameras as 5:12 p.m.

Neighbors have organized a crowdfunding campaign for the family of the victim.