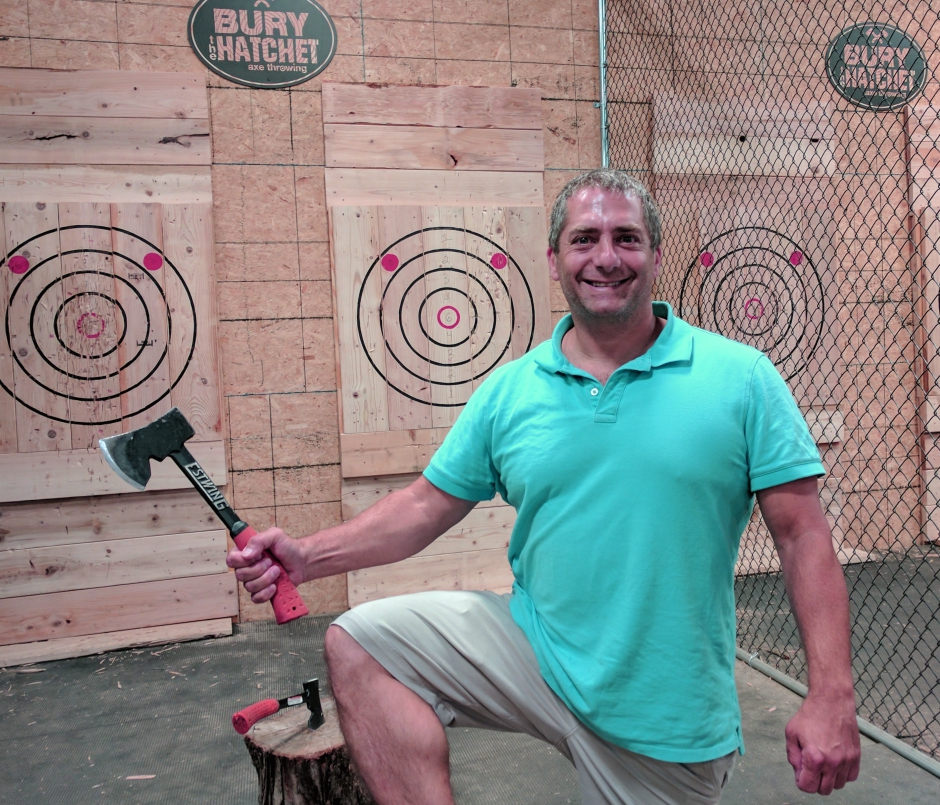 Entrepreneur Howard Klotzkin has been involved with a variety of different businesses in the past 25 years, but maybe the unlikeliest of them to catch on has been axe-throwing.

He first encountered the game in Canada, where hundreds of competitive axe facilities dot the great white landscape.

But when the Jackson native returned home with the idea for Bury the Hatchet, there were only six of the lumberjack-inspired businesses operating in the United States.

“Unusual entertainment is a way to draw people in,” he said. “[Axe-throwing] is really entertaining; it’s really competitive.”

Something between an indoor batting cage and a firing range, Bury the Hatchet invites parties of four to 10 (minimum eight on weekends) to rent axe-throwing lanes in two-hour blocks. Admission is $39.99 per person, aged 18 and up, and guests are permitted to bring food and drinks (beer and wine are okay, hard alcohol isn’t). 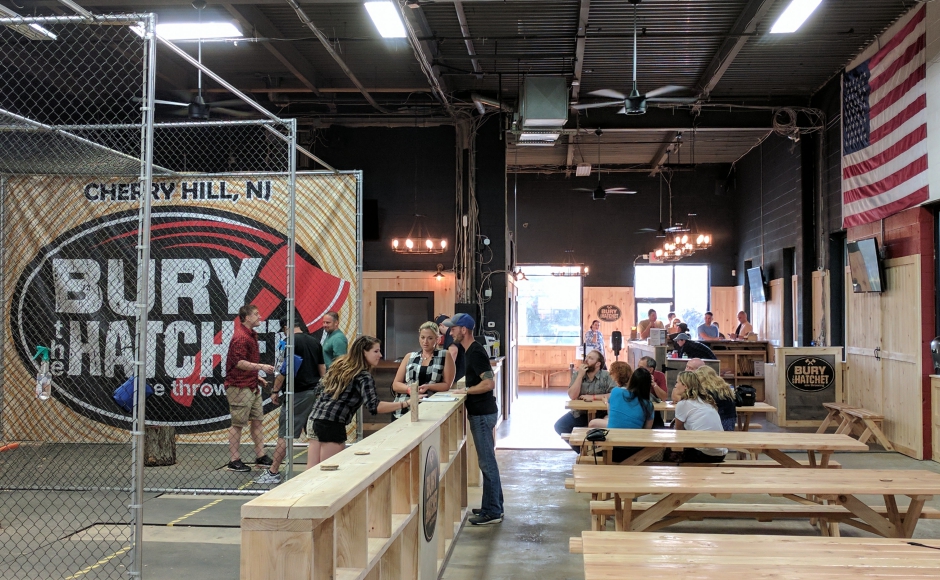 Bury the Hatchet lanes accommodate as many as 10 people at a time. Credit: Matt Skoufalos.

Although the hatchets are light, only about a pound-and-a-half apiece, learning to throw them can take some time.

That’s why axemasters remain with parties for the length of their visit, helping newcomers hone their techniques, assisting in the scoring, and reminding everyone of the rules.

There are only a few—don’t retrieve an axe until both players have thrown; don’t hand off an axe to another player; keep hands off the cages—and they’re in place to make sure everyone leaves with an even count of fingers and toes. (For that reason, too, no open-toed shoes.) The axes are sharp enough to lodge themselves in heavy-duty plywood bullseyes, which are cut and replaced onsite when they’ve splintered beyond use.

Regional manager Heidi Neufeld said axe-throwing is no different from other competitive leisure activities, like darts or bowling, yet bears a distinguishing novelty from those familiar games. There’s also tournament and league play available—Bury the Hatchet is affiliated with the World Axe Throwing League—and Neufeld said the business also plans to launch Monday teen nights, with supervised throwing for players 15 through 18. 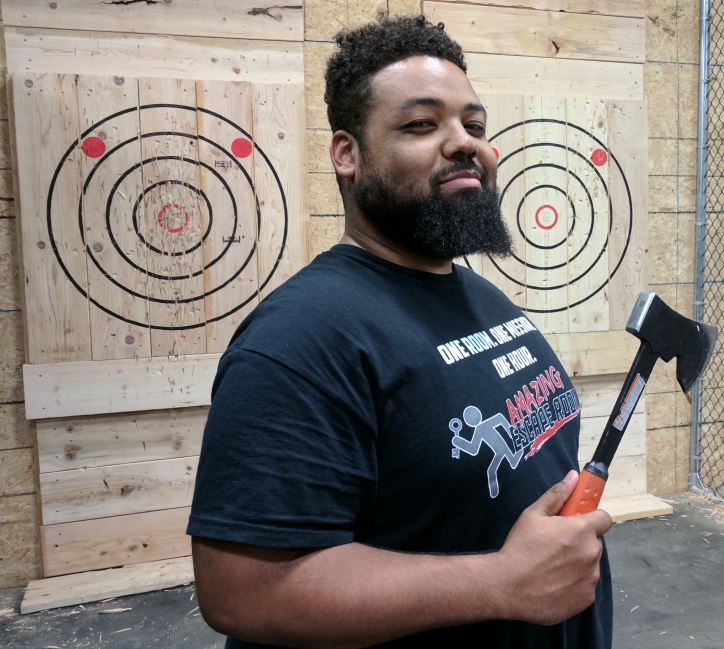 That’s the same observation that axemaster Robert Cooper offered during a tour of the facility: even after tossing hatchet after hatchet at a wooden target, “there’s always one more” to throw, he said.

The facility someday could expand its arsenal along those lines to include throwing knives and ninja stars.

The business model is catching on, too. Since opening in Freehold, Bury the Hatchet is expanding to Manasquan and Hackensack.

Cherry Hill marks its first South Jersey location, with Stumpy’s Hatchet House in Eatontown and Urban Axes in Philadelphia among its closest competitors.

“Cherry Hill’s a great town,” Klotzkin said. “We like being there. We have a good relationship with the landlord and with the town.” 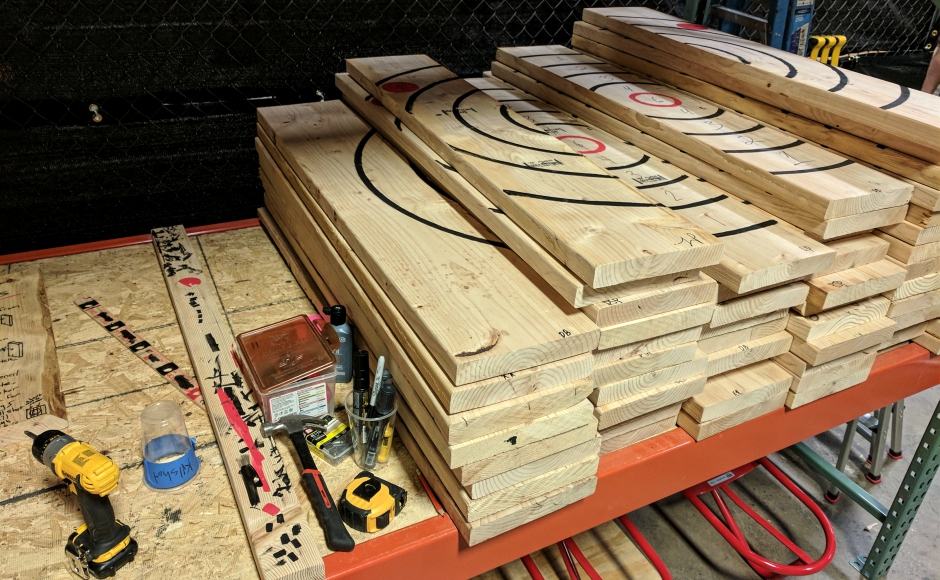 With its expanded night and weekend hours, Klotzkin hopes Bury the Hatchet will serve as a complementary attraction not only for his nearby Amazing Escape Room Cherry Hill but also for nearby businesses like Forgotten Boardwalk and the Garden State Discovery Museum.

“We’re busy when the other people in this development are not,” he said.

All reservations are booked through the company website or by calling 856-272-7475.