The $48-million, 156-unit apartment building from The Michaels Organization is the third phase of a $1-billion redevelopment project that ties into a nearby 18-story office tower. It should open in April 2019. 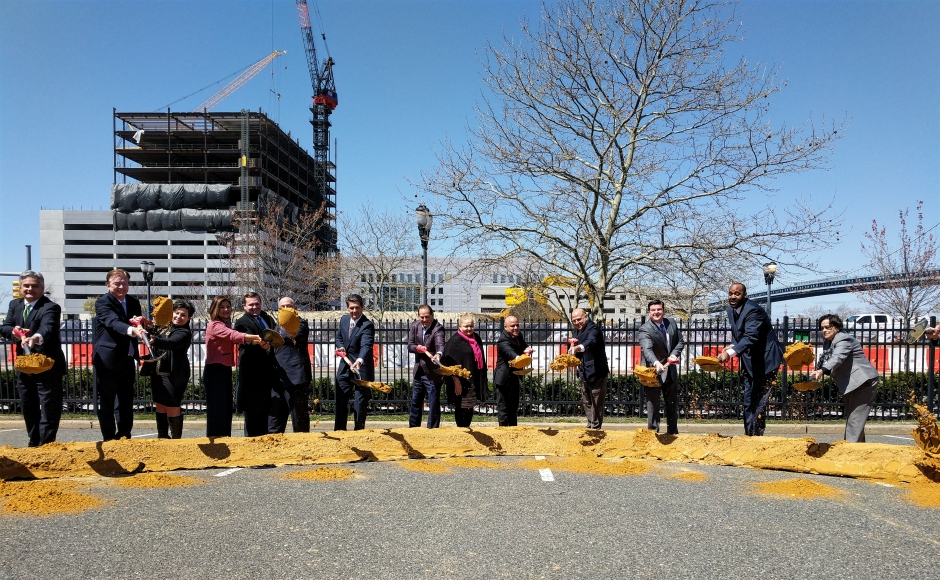 On Friday, a handful of developers gathered at Cooper Street and Delaware Avenue in Camden City to kick off the construction of 11 Cooper, a $48-million project that the county government described as “the first newly constructed market-rate apartment building to be developed in Camden City in 25 years.”

Planned by The Michaels Organization as the third phase of the $1-billion, Liberty Property Trust waterfront redevelopment project, the building is slated for completion by April 2019.

Michaels Organization President John O’Donnell said 11 Cooper “will compete with anything Philadelphia has done in decades.

“How cool is it to see steel going up on this side of the river?” O’Donnell said.

“There are no other comps,” O’Donnell said. “Somebody has to be the first one in.

“We’re coming in below Philly rents, and our amenities and floor plans are nicer,” he said.

A virtual tour of the 11 Cooper apartment building. Credit: The Michaels Organization.

The mixed-use project also will include 4,500 square-feet of first-floor commercial space, which O’Donnell said could either be subdivided into three equal spaces or one large one for the right tenant. He foresees a mix of restaurants and shops that will help expand the hours of interest in the neighborhood.

“It’s all stepping stones,” he said. 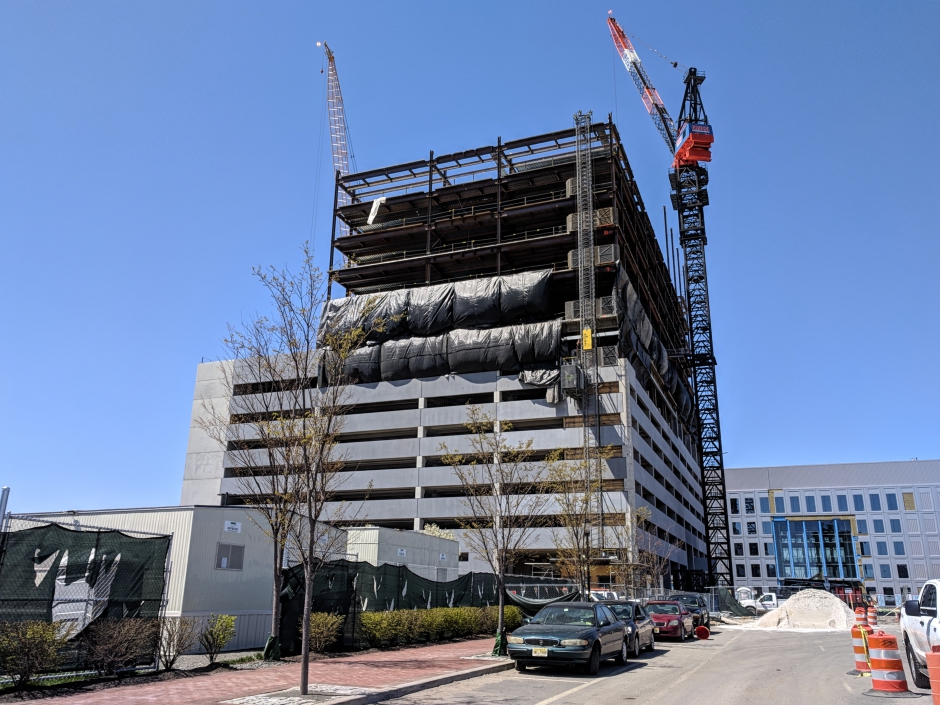 NFI Industries CEO Sidney Brown said his company, the largest family-owned third-party logistics provider in the country, will consolidate its operations in the 18-story Camden Tower office building, which shares the block with 11 Cooper.

Brown said the residential apartments will provide housing for employees of NFI as well as those of Connor Strong & Buckalew and The Michaels Organization, all three of which will be headquartered in Camden Tower.

Brown also said the companies share “a common cause” to help uplift the Camden community, and pledged “to figure out how we can help.

“This was an opportunity to make a difference that was really unique,” Brown said.

Tim Lizura, president and COO of the New Jersey Economic Development Authority (EDA), which granted $245 million in tax credits for 11 Cooper and Camden Tower, credited Cooper’s Ferry Partnership with clearing the way for the project. “You couldn’t build this complex without the years of work from Cooper’s Ferry” and “all the folks who have made investments of their time in this city,” Lizura said.

Camden County Freeholder Jeffrey Nash went a step further, citing the state’s move to tear down the Riverfront State Prison, which signaled that the waterfront was progressing towards redevelopment.

“There was nothing on this waterfront but broken-down concrete,” he said.
“There was not a vision for this development.

“Tearing down the prison began the renaissance,” Nash said. “That transition has now moved from ‘Camden’s rising’ to ‘Camden has risen.’”

Soley Berrios, a college success coach with Hopeworks ‘N Camden, a community nonprofit that focuses on skill-building for teens and college kids, said 11 Cooper represents a chance at a better future for city residents.

“Opportunities like this building and jobs have to be here,” Berrios said. “I cannot wait to see all the other neighborhood plans come to fruition.”