Trending
You are at:Home»People»Camden City Environmentalists Lead Expedition Tracing the Cooper River to Its Source

A 12-member crew sets off on a historic expedition to discover the source of one of the most vital waterways in Camden County. 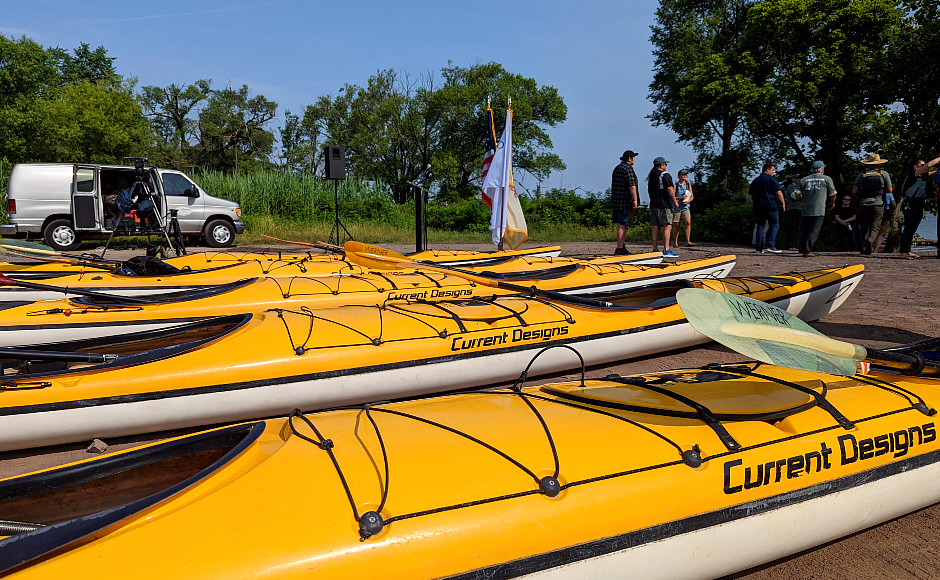 The Upstream Alliance sets off on a six-day, 16-mile expedition to find the source of the Cooper River. Credit: Matt Skoufalos.

For all that’s known about the Cooper River, one of the critical watersheds in South Jersey, its source has never been officially documented.

Over the course of the next six days, a group of young explorers and environmentalists will seek to change that, as they embark on a 16-mile journey to seek out the headwaters of the Cooper River.

Don Baugh, President of the Upstream Alliance, which organized the journey, said the expedition represents an opportunity to return from the wild with information that will connect the general public more closely to the waterways that comprise their natural environment.

Baugh got the idea two years ago, when he put his kayak into the Cooper River in Lawnside and paddled upstream during a hurricane.

“I saw one of the most incredible natural areas that I’ve been exposed to,” he said. “Birds, trees; some of the best natural areas in the country.”

Now with the support of the Camden County Parks Department and a $40,000 grant from New Jersey American Water, Baugh is leading a crew that includes middle- and high-school students, environmentalists, and documentarians on an adventure to determine the source of the river.

“There are 21 road crossings on this river, and you don’t see one that says ‘Cooper River,’” he said. “What’s happening here I think is going to be a national model for how we recognize our waterways.” 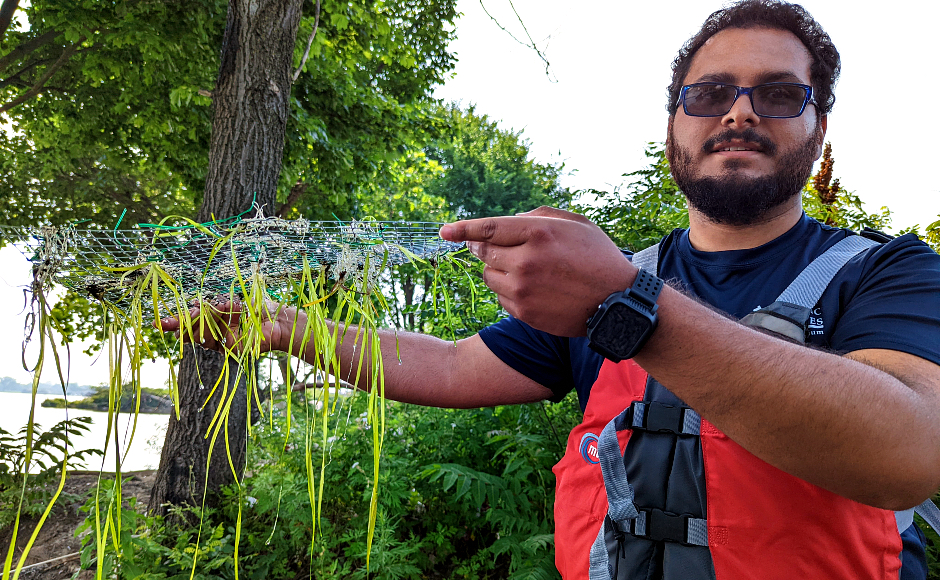 Baugh knows only that the Cooper bubbles up from some point in Gibbsboro; he anticipates encountering tunnels and swamps as much as inland waterways and other trails along the way.

“Because of the Clean Water Act, many urban rivers degraded by pollution and sewage have been returned to health,” he said.

“Getting more people to the waterways creates land trails, [and helps]fully restore rivers.”

Before the group set off, they participated in an environmental exercise illustrating the significance of their connections to the local waterways, as they observed divers from the New Jersey Department of Environmental Protection (NJDEP) transplanting wild aquatic celery in the Delaware River.

The plants were harvested from the water around Fort Mifflin in three trips from January to March, and cultivated at the Center for Aquatic Sciences at Adventure Aquarium, said educator Anthony Lara.

Using chicken-wire rakes to stir up the mud of the riverbed, researchers harvested 124 celery turions, which they propagated into 150 in eight freshwater tanks, Lara said.

“Wild celery isn’t found in the back channel, but you can find it near the Camden Adventure Aquarium,” Lara said. “If it’s growing well, then we know the water’s doing well.”

The plants should take a week to root, and two months to reach full maturity. If they thrive in the Delaware, they could become valuable hiding spots for fish like bluegills and bass, as well as nutritious food for waterfowl. “It’s a hidden gem back here; it really is,” said Camden City Mayor Vic Carstarphen, who took a boat ride to hand off the water celery to NJDEP divers for planting.

In celebrating the Upstream Alliance expedition, Carstarphen said he “hope[s]people will see the beauty of the river.”

National Geographic photographer Anand Varma, who is joining the group as a guide and naturalist, said the journey reminded him of boating on the Chattahoochee River outside of his native Atlanta.

“When I think about my own formative experience, they were these unstructured moments,” Varma said.

“What you’re free to experience when you follow your own curiosity is how much the natural world has to offer.”

Jermaine Brown, 17, of Camden City, has taken groups of people out on the river before via canoes he’s built at the Urban Promise Charter Academy. But Wednesday marked his first time seeing divers on the Delaware.

“I don’t think a lot of people have a good relationship with the river,” Brown said. “Everybody should get to know it.”

As a river guide, he also tests the water quality of the Cooper River, and can confirm “it’s good.” Brown is looking for the trip to further his education; in addition to the natural world, his interests include architecture and engineering.

Through the Urban Trekkers program, Santos has already paddled the lower half of the river, “but I don’t know too much about the upper part,” he said.

“It’s given me a new point of view of my city,” Santos said.

Andrew Coleman of Haddonfield, who will turn 13 on the trip, said he’s excited to learn more about the Cooper River through the experience.

“I didn’t realize where it flowed and what it connected,” Coleman said.

“This could be important to communities,” he said. “There’s three million people within reach of the river, but it is still extremely undervalued.”

Abby Ybarra of the Indigenous People Foundation offered a blessing for the explorers at the outset of the voyage, scattering tobacco and singing an invocation. 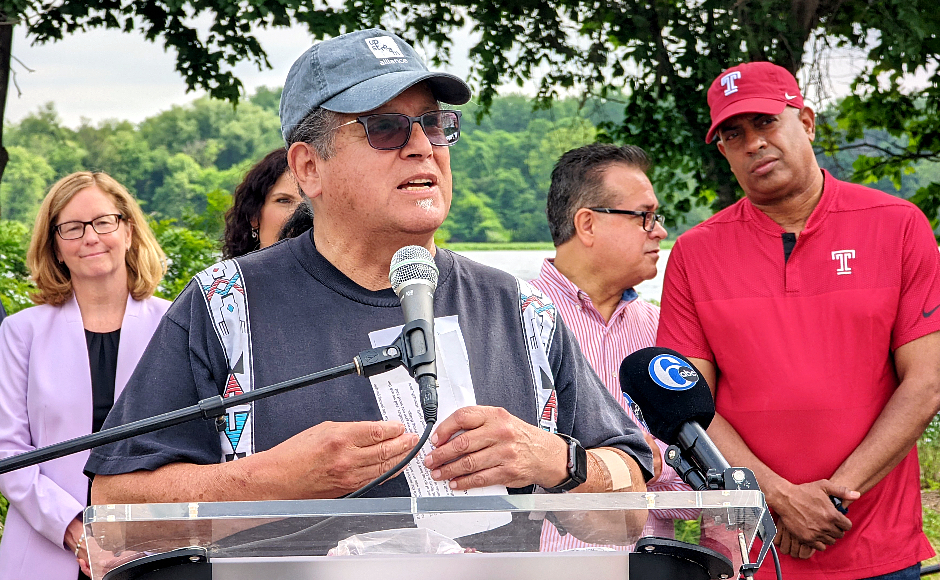 Ybarra also spoke about the importance of land acknowledgment to the process: although this may be the first journey to seek the source of the Cooper River, the explorers are tracing routes traveled by the Lenape people who inhabited modern-day New Jersey generations ago.

“Human beings are but one aspect of the ecosystem,” Ybarra said, noting that “a relationship with the natural world” is part of “the essence” of what it is to be human.

“Thank the river for giving us life, and recreational activities as well. May we all come together and be stronger for taking care of the earth.”