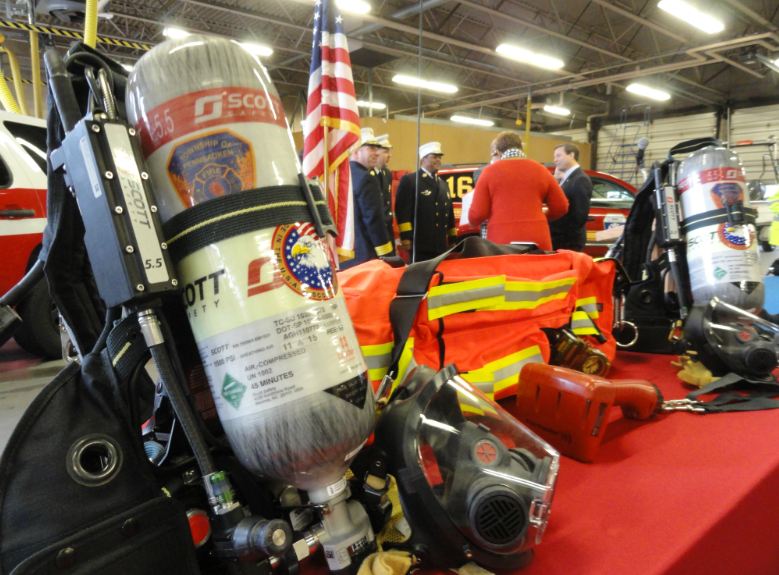 The fire departments of Camden City, Collingswood, and Pennsauken already participate in mutual-aid agreements that help protect the residents of each community, but on Wednesday, the trio deepened that partnership with a significant win: a $1.7-million FEMA grant to standardize life-saving equipment for its first responders.

The grant represents six months of collaboration among the three communities and a big step forward for regional coordination of safety efforts.

Camden City Mayor Dana Redd lauded the departments and her fellow elected officials for procuring the equipment “without compromising our municipal budgets or adding costs to the taxpayers. 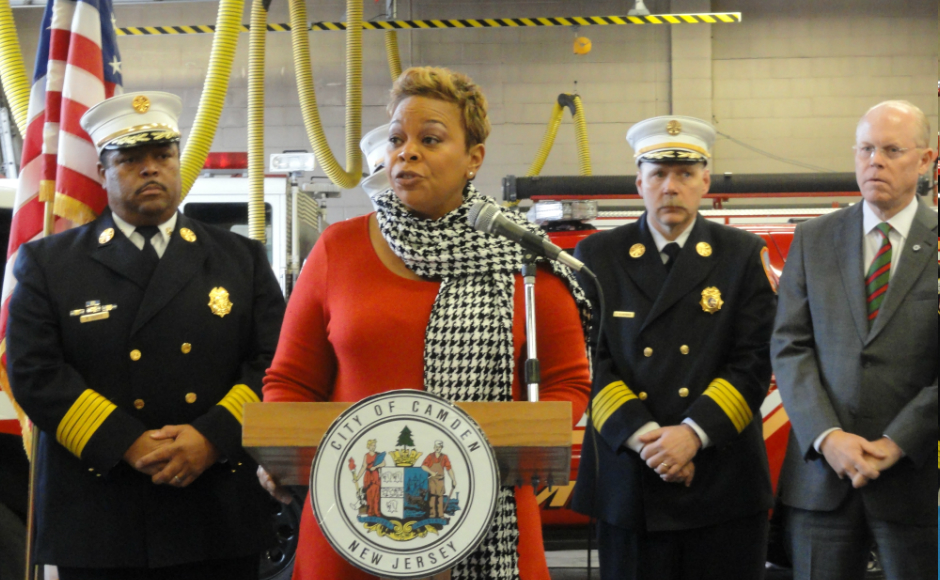 “The uniqueness of this grant is the communities working together,” said U.S. Congressman Donald Norcross (D-NJ), who noted that three, proud departments stifled their competitive impulses in the process.

“Each fire department’s the best,” Norcross said. “They put that aside to make sure they have the equipment to do the job correctly. Years ago, each department would [have]purchase[d]their own, which doesn’t help in mutual aid.”

The grant funds will be used to purchase self-contained breathing apparatus (SCBA), equipment that helps firefighters breathe in toxic environments. Camden City Fire Chief Michael Harper described it as “the most important thing we wear next to the turnout gear.” 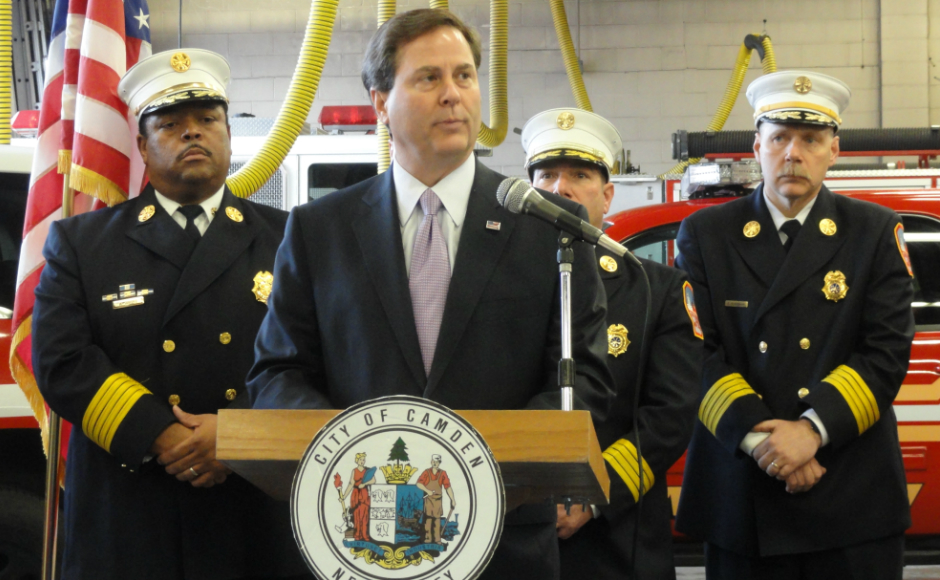 The new purchases will allow the departments to standardize their SCBA gear so that it can be exchanged among firefighters at the scene of an emergency, while upgrading to 5,500-PSI-capacity air cylinders.

“They’ll all begin to sound the same,” he said.

The three departments will begin deploying the gear in January 2016, a process that includes implementation and delivery of the units, retrofitting of existing air-filling stations, and simultaneous, integrated training on the new gear.

Collingswood Fire Chief Keith Davis said the six-month grant application resulted in a capital savings for taxpayers while laying the groundwork for future regional collaborations. The three departments already meet monthly to coordinate regional response plans as part of their mutual-aid agreements, and Davis said they are always looking for ways to continue standardizing their operations. 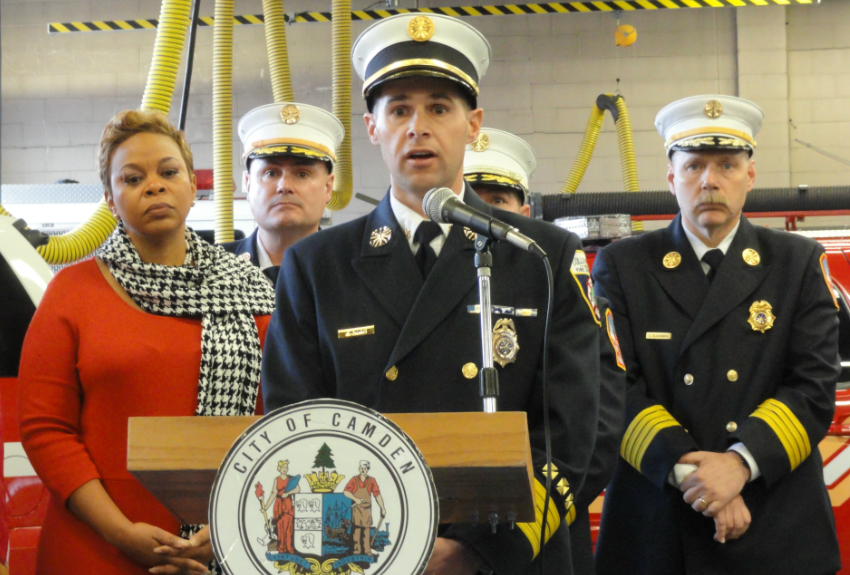 “A lot of work went into determining what we needed [and]why we needed it,” he said.

SCBA air bottles are replaced every 15 years, Davis said, by which time other components of the breathing apparatus may also be due for replacement. The gear in Collingswood is at least two cycles out of standardization, according to guidance from the National Fire Protection Association (NFPA), Davis said. Those dollars are significant, but the impact of the gear is even moreso, Davis said.

“The significant thing today is we take another step in our towns working together in a way that is better for all of our residents,” Maley said.

“The men and women who are firefighters protect our lives,” Taylor said. “To be able to protect their lives means a lot.”