Locally, 12,225 residents have been infected by the virus and 575 have died from related complications. The latest to pass are residents of Camden City, Cherry Hill, Pennsauken, Runnemede, and Voorhees. 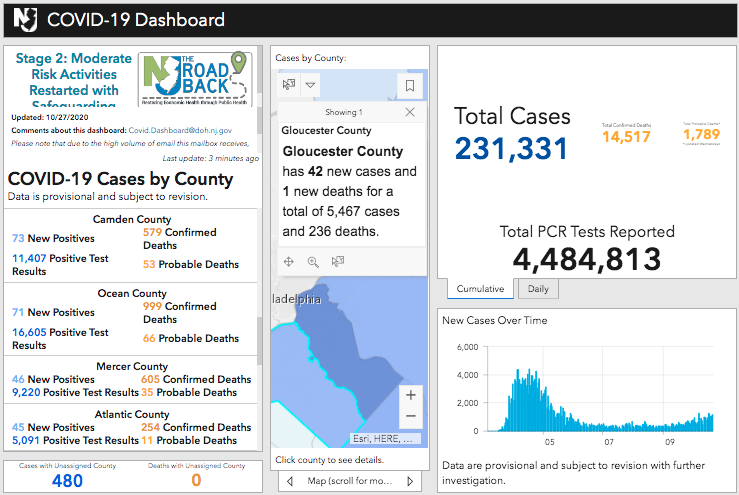 Another 12 Camden County residents have lost their battles with novel coronavirus (COVID-19), and 448 others have tested positive for the virus since last Wednesday, according to reports from the Camden County government.

That brings the local impact of the pandemic to 12,225 infected residents and 575 related deaths.

“Based on what we know, the surge is not because of school,” said Camden County Freeholder Jeffrey Nash in a briefing last week.

“If, for some reason, you have to have others in your home, then everyone in that small gathering in your home should wear a mask,” he said. “I know that it sometimes feels or sounds unnecessary… but people are asymptomatic, and you don’t really know who is spreading the virus.” 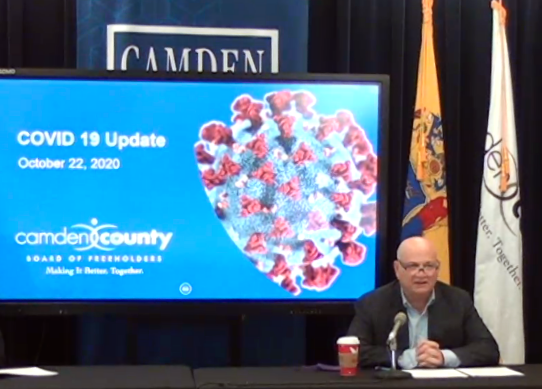 The freeholder also alluded to “situations when parents or guardians have not been totally honest with county contact tracers, especially as regards sports activities,” and asked residents to “take this pandemic with all seriousness.

“We know it is in casual settings that we are most at risk,” Nash said.

“Time is of the essence, ensuring that those exposures do not reach new exposures.”

In a written statement Tuesday, Camden County Freeholder-Director Lou Cappelli called upon residents to “make voluntary sacrifices immediately” or else risk “los[ing]control of this pandemic again.

“Countries in Europe are re-instituting lockdowns, hospitalizations in parts of the United States are spiking, the city of Newark is entering a new round of restrictions on non-essential businesses, and officials in Philadelphia are now recommending the cancellation of holiday family gatherings,” Cappelli said.

“I know that we are all tired of dealing with this virus,” he continued, “but if we do not make voluntary sacrifices immediately, then we will lose control of this pandemic again. Do not host or attend gatherings indoors, wear a mask whenever you’re in close proximity to others, and work with our contact tracing team when they call.”

The most recently deceased are:

Throughout New Jersey, 231,331 people have been sickened by COVID-19, and 14,517 have perished from causes related to the virus. In addition to those lab-confirmed fatalities, the state also recognizes another 1,789 probable COVID-19-related deaths.

Long-term care (LTC) facilities account for half of all deaths in the state and almost one-fifth of those infected, and new cases continue to occur there.

LTCs are believed to be associated with 60 percent, or 344 of the 575 total deaths in Camden County: 341 were residents and three were staff.

At this time, 50 of the 56 LTCs in Camden County have experienced at least one case of COVID-19.

According to the New Jersey Department of Health COVID-19 dashboard, on October 27, Camden County was ninth in the state in new COVID-19 cases, with 73.