Trending
You are at:Home»Government»Camden County»Camden County Animal Shelter Improves to 92% Save Rate in 2017

Shelter director Vicki Rowland said the facility has made improvements to its live release rate by forming better connections with area animal rescues and foster families. 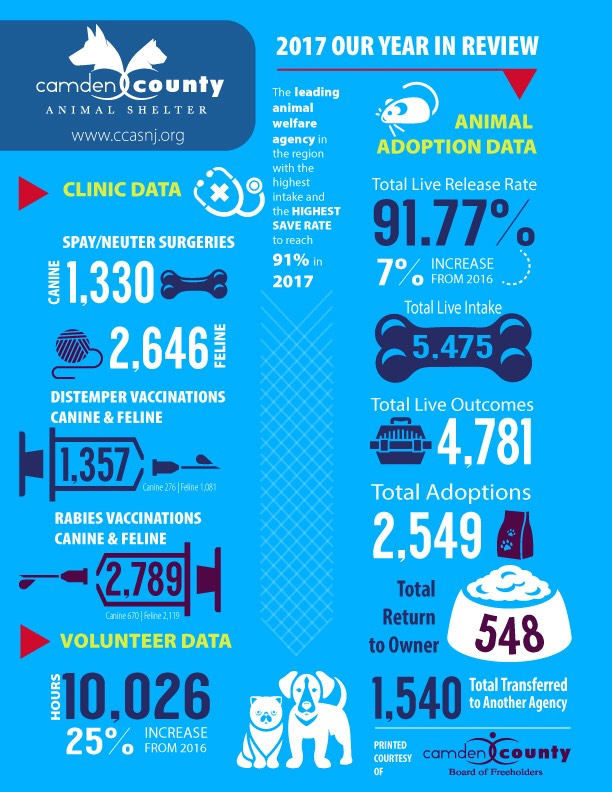 The Camden County Animal Shelter had a watershed year in 2017, notching a historic “live release rate” of 92 percent, according to figures published this month.

Thanks to improved collaboration with other regional animal rescues and an expanded array of services at its Blackwood headquarters, the shelter placed 5,150 of the 5,480 animals it admitted last year in homes or other shelters.

The live release rate, or Asilomar rate, calculates the percentage of animals admitted at the shelters to have been returned to their owners, adopted by new families, or transferred to other rescues.

The shelter only euthanizes those animals that can’t be rehabilitated because of aggression or “extreme medical conditions,” said Vicki Rowland, its executive director.

“We do not euthanize based on space or length of stay,” Rowland said. “We evaluate based on behavior.” 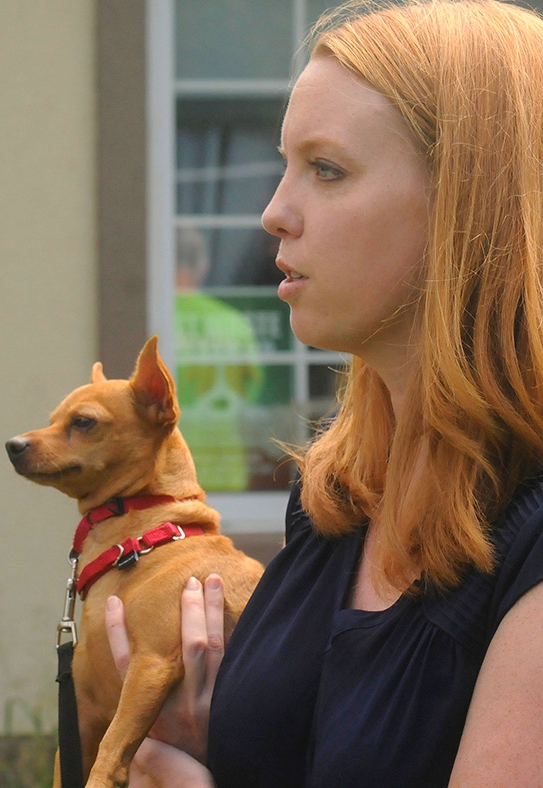 As an open-admissions shelter, the facility is obligated to receive any animal presented there, which can make the euthanasia statistic a stubborn one to budge.

Rowland said partnering with smaller animal rescues, to which it can transfer some animals to free up space for new intake, has helped improve its save rate.

“[It takes] a community to help our animals find a temporary home,” Rowland said.

“It frees a space, and it saves a life.”

The county provides the shelter with $180,000 in annual funding. It costs about $250 to house an animal at the shelter for 30 days, the average length of stay there.

Foster families help soak up other costs, as well as increasing the variety of channels through which people learn about the shelter and its other services, Rowland said.

As many as 123,000 of the state’s 1.3-to-2-million stray and feral cats may live in Camden County, according to figures provided by the freeholder board. Last year, the county completed a $1-million upgrade to facilitate the shelter’s low-cost spay and neuter program, which Rowland said helps control the local feral animal population. In 2017, veterinarians there performed nearly 4,000 sterilization surgeries and administered more than 4,000 vaccinations. 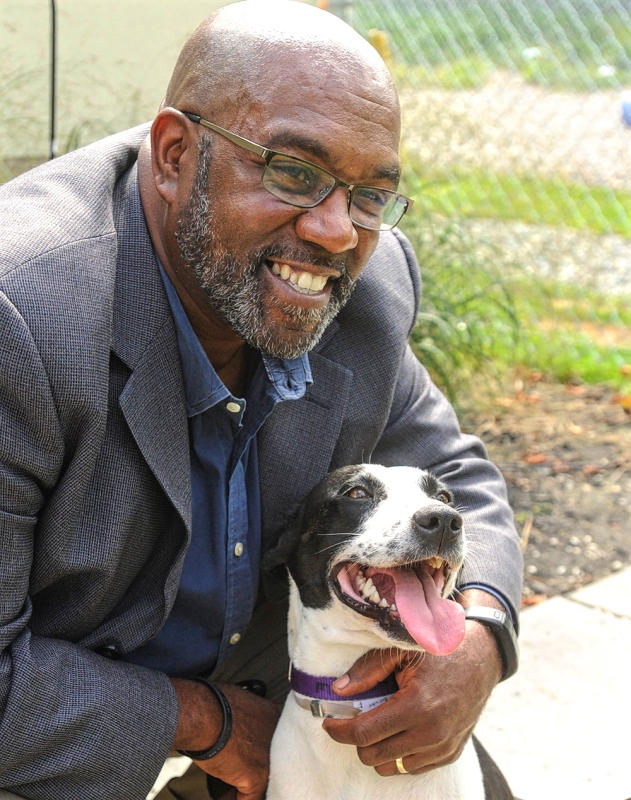 “Everything that comes through our clinic revenue helps us,” she said.

“[Spay and neuter surgeries] will decrease our intake, which will help our save rate,” she said.

Camden County Freeholder Jonathan Young, liaison to the shelter, described it as “a great public service.

“It’s a full-range clinic with true vets that we partner with,” Young said.

“It’s always busy; the parking lot’s always full. We’re expanding here to allow them to do more services for the public.”

The Camden County Animal Shelter is located at 125 County House Road in Blackwood.