Michael P. Taggart, Jr., 28, of Gloucester Twp., is wanted in connection with a pair of bank robberies in Camden County. 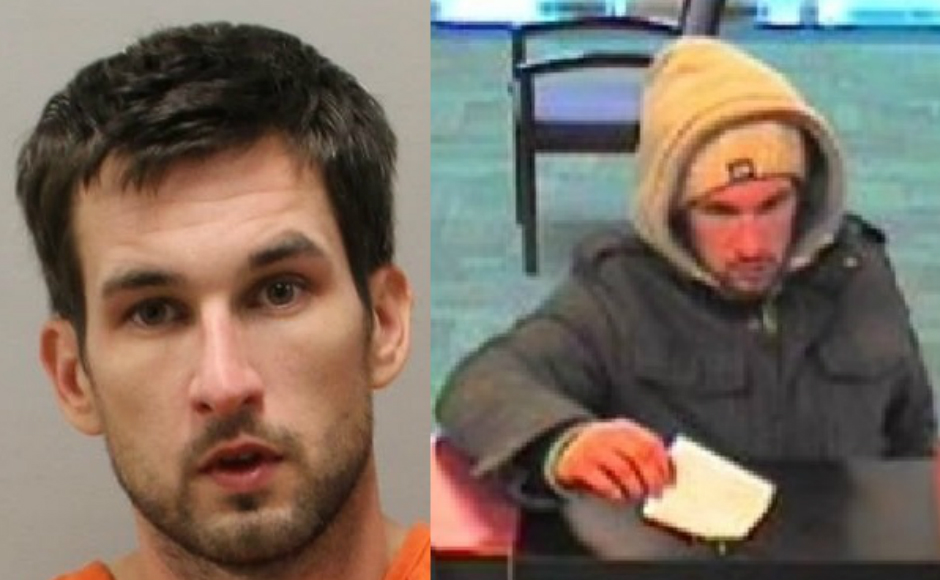 UPDATE (Feb. 19, 2015): Authorities report that Taggart, Jr. has been apprehended in Philadelphia and is awaiting extradition to New Jersey.

According to the Camden County Prosecutor’s Office, the man wanted in a pair of bank robberies-by-note was taken into custody by U.S. marshals shortly before 3:30 a.m. Thursday outside a hotel in the 1200 block of Race Street.

“Information provided by community members – thanks to social media –  greatly aided local, county, state and federal law enforcement partners as they worked together to bring this individual to justice.”

Police are looking for leads that will lead to the arrest of a Gloucester Township man accused of robbing a pair of Camden County banks in the past week.

Twenty-eight-year-old Michael P. Taggart, Jr. allegedly passed a note to tellers at the Beneficial Bank (483 Cross Keys Road) in Gloucester Township around 10 a.m. on February 10, and again around 2:30 p.m. February 17 at the Susquehanna Bank (305 South White Horse Pike) in Lawnside.

Taggart is wanted on two counts of robbery. He is described as a brown-haired, 5-foot-7-inch, white male weighing approximately 155 pounds.